Two officers have been charged for their conduct during Karen Garner's arrest, but the 73-year-old's family said that's not enough. 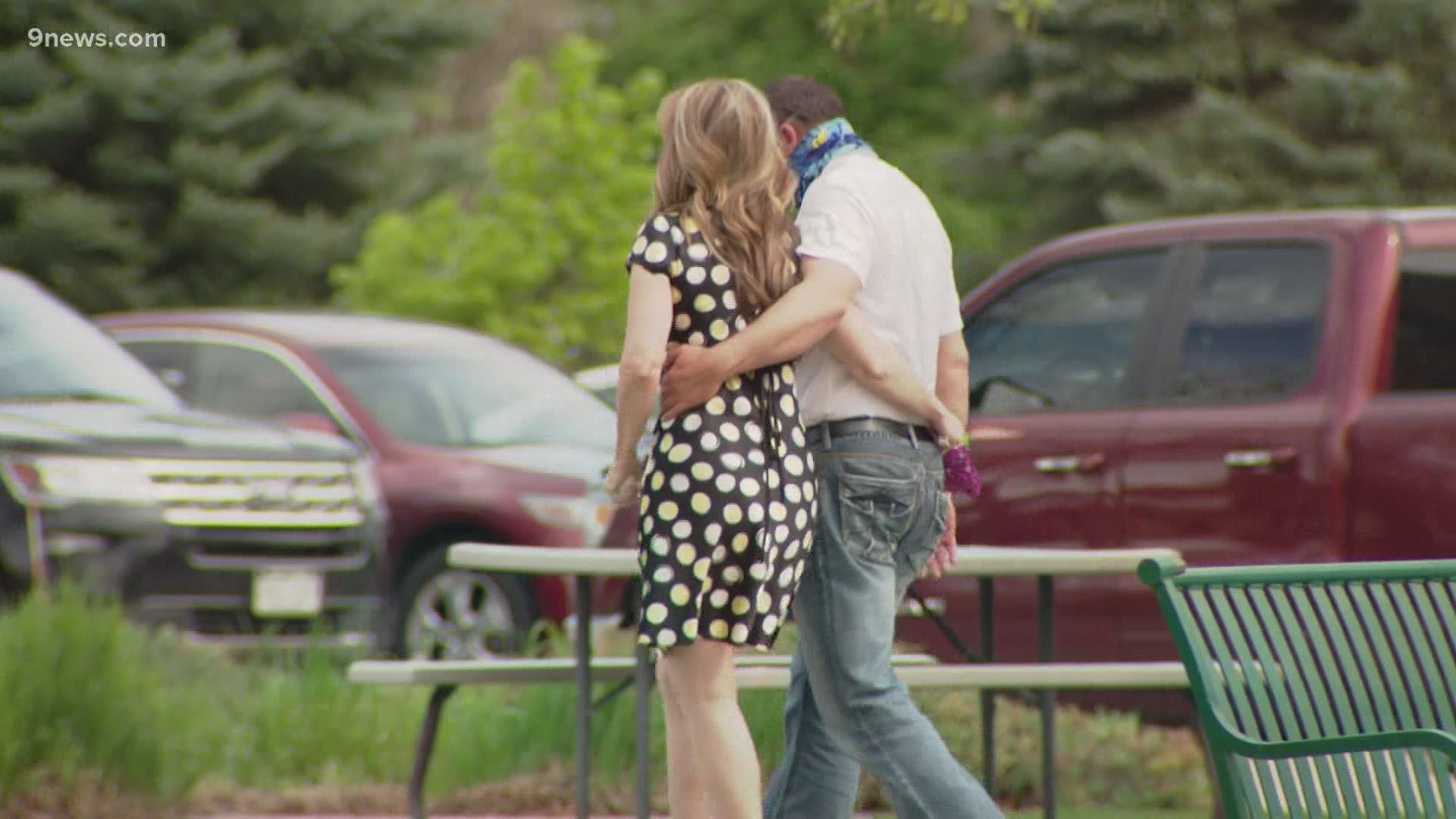 LOVELAND, Colo. — Karen Garner’s family said she hasn’t truly smiled since the June 2020 interaction with the Loveland Police Department that left the then-73-year-old with a broken arm, dislocated shoulder and mental scars that have taken longer to heal.

In the months since, they said the post-traumatic stress has caused her dementia to progress.

“We went to see her for Mother’s Day and she’s just really scared and traumatized” Garner’s daughter Allisa Swartz said. “Instead of embracing us because we are her loved ones, she pushes away.”

Swartz, Garner’s daughter-in-law Shannon Steward and Attorney Sarah Schielke spoke at an at-times tearful news conference on Wednesday afternoon following the district attorney’s announcement about charges against two of the officers involved in arresting Garner after she was accused of trying to leave a Walmart with $14 of items.

Video of her arrest and the ensuing treatment she received by police was released earlier this year, prompting the district attorney to charge two of the officers involved.

Schielke said Garner, a grandmother of nine and mother of three, had been brutally attacked, and that ultimately the family has been left with more “questions than answers and more concern than relief" following the DA's announcement.

“District attorneys have no problem throwing the book at regular citizens … why was the district attorney’s office so thoughtful and sparing in their charging of the officers involved in this?” Schielke said.

She called for Loveland’s police chief to resign, and a closer look at systemic issues in the department as a whole.

Steward said she and her husband have struggled with seeing the video of Garner’s arrest on the news in recent weeks.

“The charges can’t stop with Hopp and Jalali, they need to continue,” she said.

Schielke said no one in the Loveland Police Department has directly apologized to the family, and that no charges have been filed in relation to a second video she released that she said shows the three arresting officers watching body camera video of Garner's arrest, laughing and celebrating the excessive force, and fist-bumping the fact that one of the officers intimidated a citizen who stopped to make a complaint.

"You can see in the video how they're laughing at my mom and making fun of her, and it feels like they're hiding behind this department," Swartz said.

During the news conference on Wednesday, Swartz held a purple flower in honor of her mom, who had been seen picking flowers just before she was confronted by officers.