Kids playing with fire in backyard cause house fire in Lakewood, officials say

No one was injured, but the fire caused extensive damage to the house. 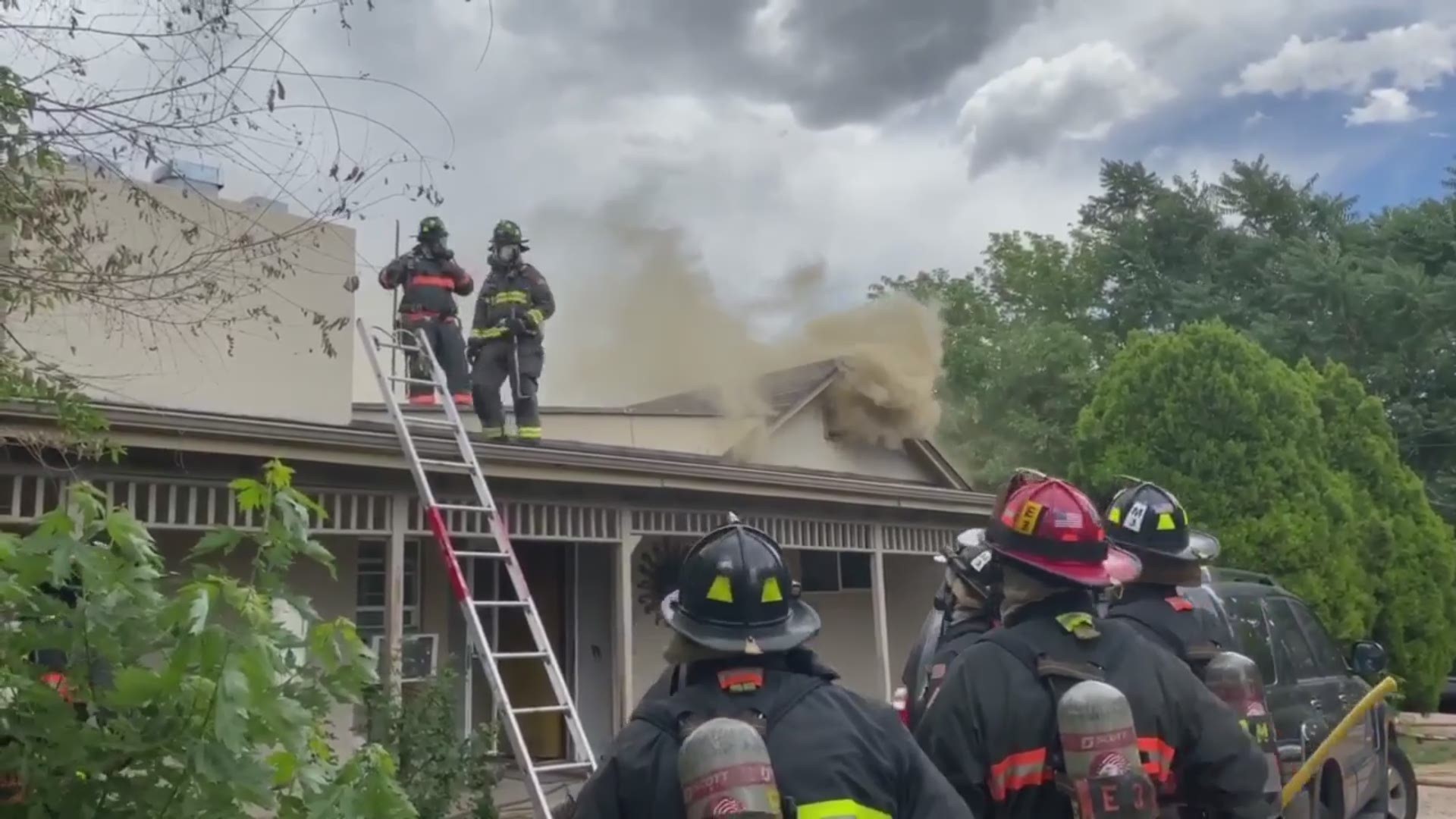 LAKEWOOD, Colo. — A fire that spread to a home in Lakewood on Tuesday afternoon was started by kids who were playing with fire in the backyard, according to West Metro Fire Rescue (WMFR).

No one was injured in the house fire in that burned in the 5200 block of West 3rd Avenue, firefighters said.

In Tuesday's hot and dry weather, WMFR said a small fire that began in the backyard quickly spread to the outside of the house, up under the eaves and into the attic.

There is extensive damage to the home, WMFR said.

Tuesday's hot temperatures also made fighting the fire a challenge, according to a Facebook post from WMFR.

"While temperatures today were in the '90s, inside the fire, crews experienced temperatures upwards of several hundred degrees," the post reads. "In situations like this, firefighters can only work inside for so long, before they need to be relieved by the crews waiting outside to continue the work."

Much of the state will have high fire danger all this week as winds from the south increase and temperatures climb close to 100 degrees this week.

Multiple agencies have been called to battle a growing wildland fire that started burning south of Craig off Colorado Highway 13 on Tuesday afternoon.

RELATED: Wildfire prompts evacuation of mine, closes Highway 13 between Meeker and Craig