The store manager said the man was asked to leave.

Credit: Viewer photo
A viewer sent in this photo of a man in a KKK hood in a Dillon grocery store.
Author: Amanda Kesting
Published: 9:38 PM MDT May 14, 2020

DILLON, Colo. — Dillon Police are asking for help finding a man who wore a racist mask into a Colorado grocery store, according to Summit Daily.

Photos and video show a man wearing a hood similar to those worn by the Klu Klux Klan (KKK) apparently inside the City Market in Dillon.

The manager of the City Market in Dillon said the man came into the store wearing the hood around 12:30 p.m. Thursday afternoon. She said the man was asked to leave the store.

Another customer who was in the store took a photo and video of the man.

In the video, the man appears to be talking to other customers while holding a basket and a half-gallon of milk. After a few seconds, he appears to shrug and then walk away. 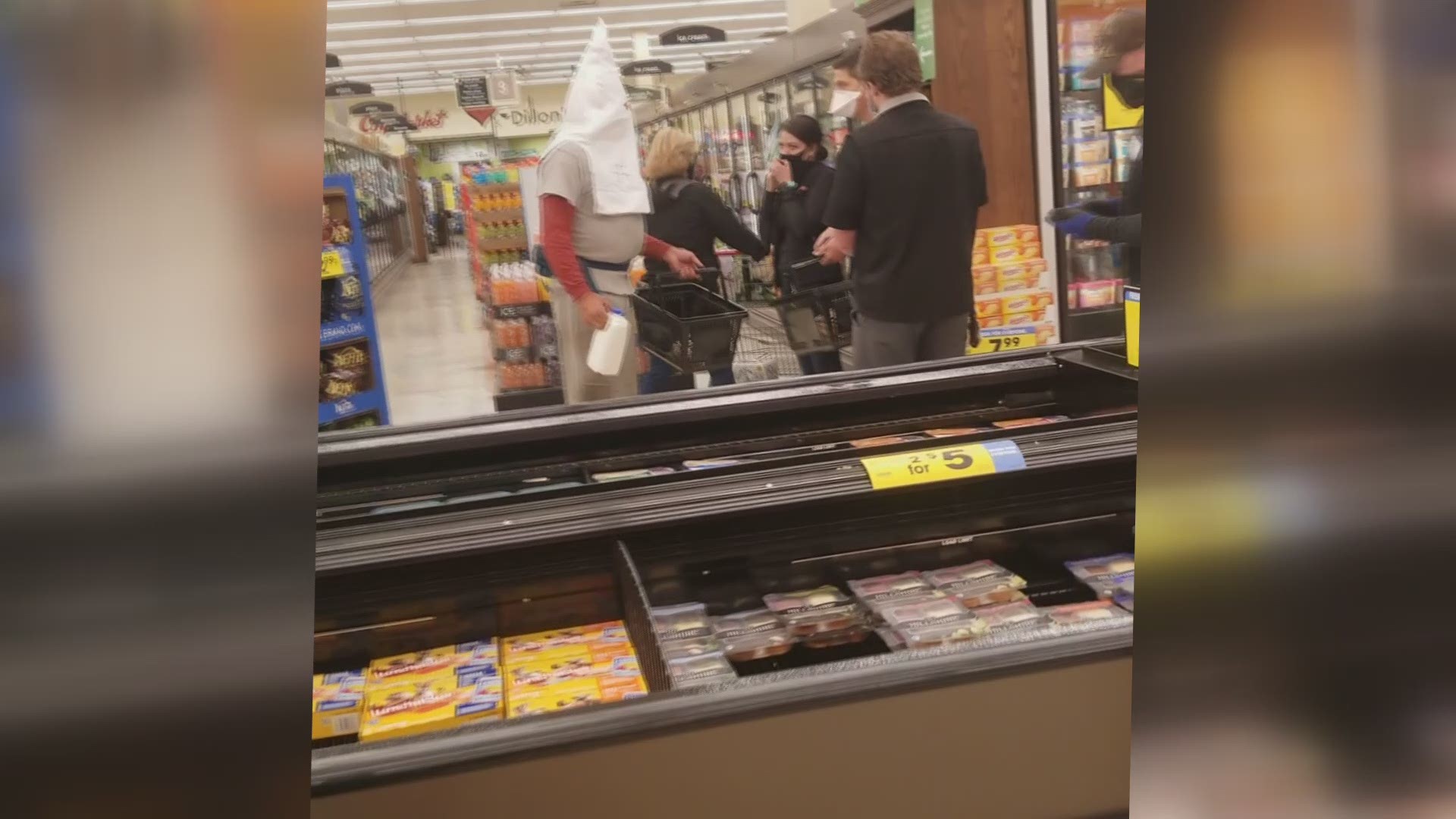 The customer who took the video said the man argued with other customers and employees who approached him until he eventually went outside while continuing to argue with store staff.

Dillon Police Chief Mark Heminghous told Summit Daily that officers were dispatched on a report of trespassing but that the man had left the area just before they arrived.

He also said the department is working to identify the man using surveillance footage to determine his vehicle.

A statement from City Market says:

"At City Market, we train our associates to embrace diversity and inclusion and to show respect to every customer and one another. We ask our customers to respect these values as well when in our stores. Our store leaders are empowered to swiftly and respectfully address anyone who disregards these values, which includes blatant symbols of hate and intolerance."