The complaint involves the former Lake County undersheriff who was found guilty of incest in an unrelated case in 2018. 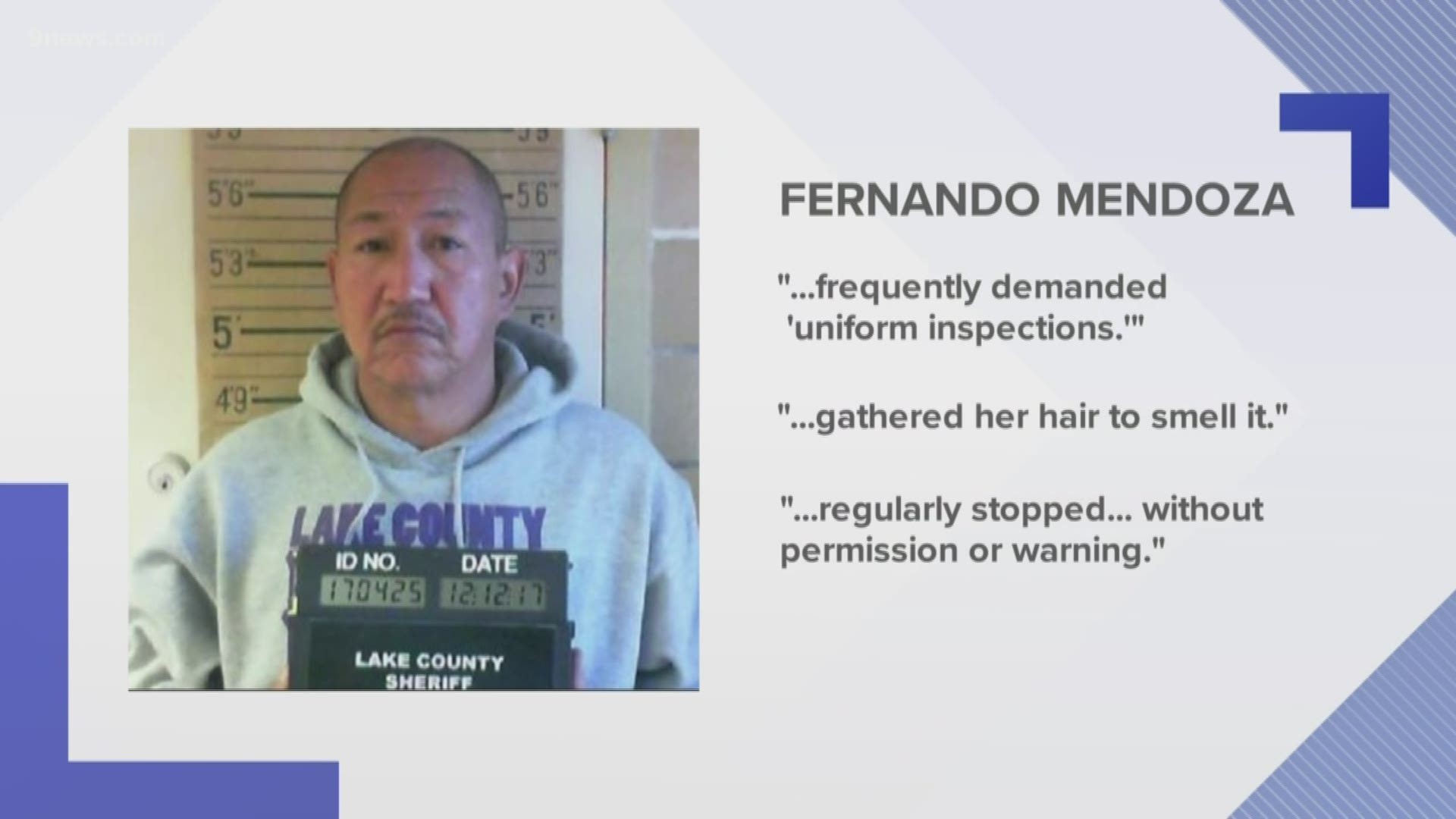 LAKE COUNTY, Colorado — The Lake County Sheriff's Office has agreed to pay $875,000 to three women who sued the department over sexual harassment claims, according to the law firm representing the women.

According to a complaint filed in January, the women were subject to discrimination, a hostile work environment and retaliation for reporting the abuse while working as dispatchers at the Sheriff's Office.

Most of the sexual harassment was perpetrated by Fernando Mendoza, the Lake County Undersheriff at the time, the women claim in the complaint.

They said he frequently implied or indicated he was turned on by their appearance and bodies; he asked them inappropriate questions about their personal lives; he used sexual innuendos, especially in text messages; and he touched them inappropriately, according to the complaint.

Rodney Fenske, the Lake County Undersheriff at the time of the alleged harassment, also "participated in creating a sexually hostile work environment," the complaint says.

He is accused in the complaint of calling the women pet names and massaging one of their shoulders. The women said he also specifically told them not to go to HR or complain about harassment.

The complaint also says Mendoza, Fenske and other men in the office regularly talked about inappropriate personal matters while at work and made sexist comments.

The complaint says in January 2017, Mendoza sent an email to staff directing them not to report sexual harassment to the county's human resources department.

"I will not tolerate this any more," the email read, according to the complaint. "WE are primarily responsible for our own HR and finance duties... if you have questions or concerns about ANYTHING related to HR, benefits, etc... you are to follow your chain of command which means you will go to your supervisor then ME."

The complaint says this was not in line with the Lake County written policy on reporting sexual harassment.

In October 2017, one of the women complained about the harassment to a deputy who then contacted Deputy District Attorney Johnny Lombardi, the complaint says. The District Attorney's Office and a private law firm launched investigations into the allegations.

The complaint says that during these investigations Mendoza continued to be employed by the Sheriff's Office and the women were retaliated against for reporting the harassment.  According to the complaint, this included threats, video surveillance equipment in the dispatch office, directives for other employees to stay away from the women, and general hostility and namecalling from other coworkers.

During the course of the investigation, information was also discovered that led to Mendoza being arrested for attempted incest.

The District Attorney's Office said Mendoza was "grooming" a family member. That's when a child is subject to a sexual predator's action that might appear normal but is intended to build trust and manipulate the child into sexual activity, the DA said.

He was sentenced to 15 months in jail and a probation term of 10 years to life for the incest case.

He has also been charged with two counts of second-degree official misconduct for the allegation of sexual misconduct at the Sheriff's Office. A trial has not yet taken place for that case.