West Metro responded to the fire call that they said started in the bushes near the building and climbed the siding into the eaves. 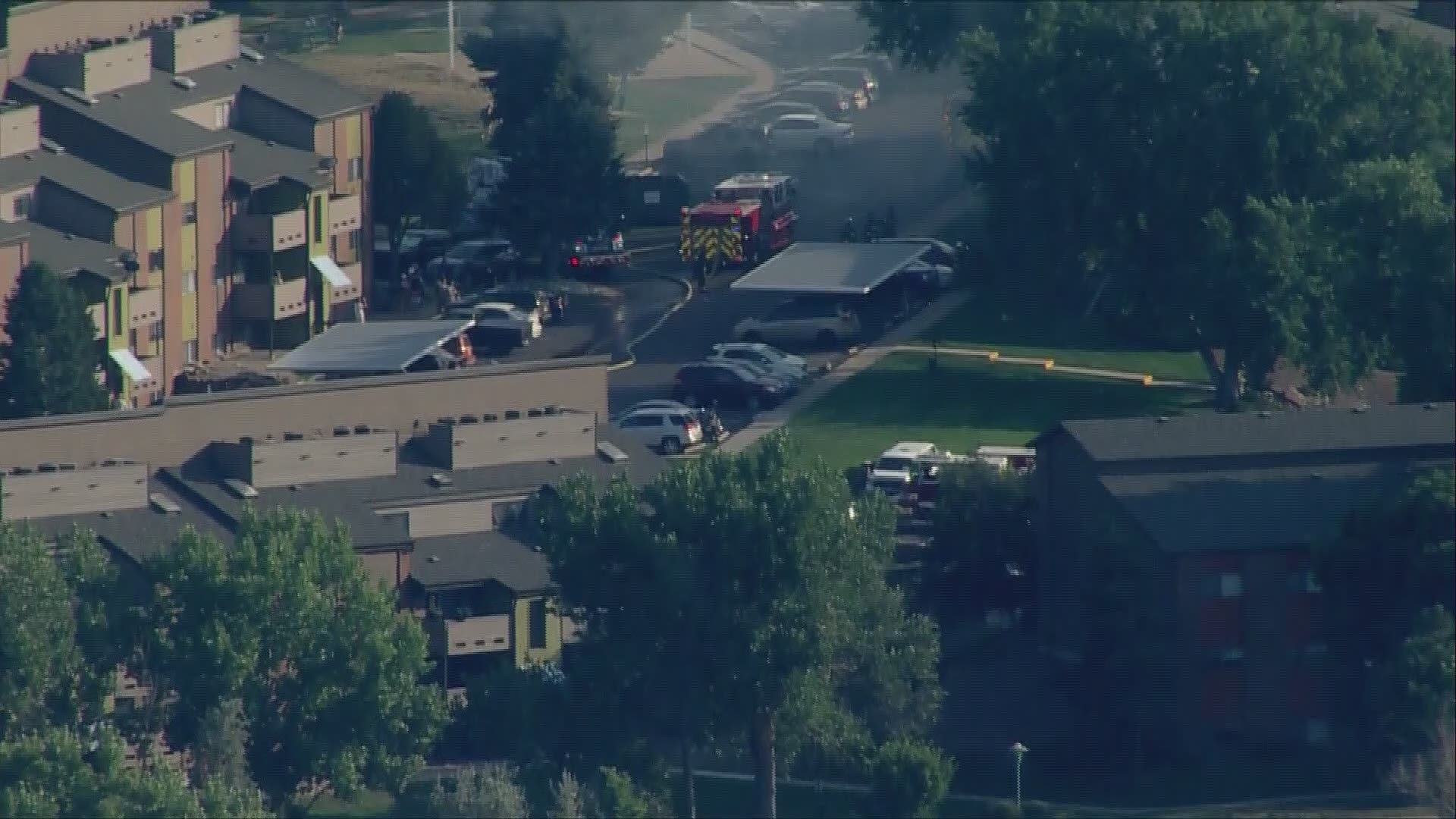 LAKEWOOD, Colo. — Twelve apartments are now uninhabitable after a bush caught fire and spread up the siding of an Lakewood apartment complex and into the eaves, said firefighters.

West Metro Fire was called out to the apartments located at 275 Zang St. on Monday afternoon – Sky9 saw visible flames shooting from the roof of the building.

Fire officials said the fire damaged two apartments – one unit is a total loss on the third floor because the roof was burned. The apartment underneath the unit on the second floor has heavy smoke and water damage.

No one was injured and all of the building's residents got out safely – but, West Metro added that 11 people were displaced from the fire and residents can't return to 12 apartments.

"Our firefighters did rescue a cat and it was reunited with its owner," said West Metro spokesperson Ronda Scholting.

West Metro doesn't have an estimated dollar amount for the damage and will update that information at a later time.

The fire's cause is still under investigation.