Some of the city's homeless or almost homeless will now be looking for a new place to live. 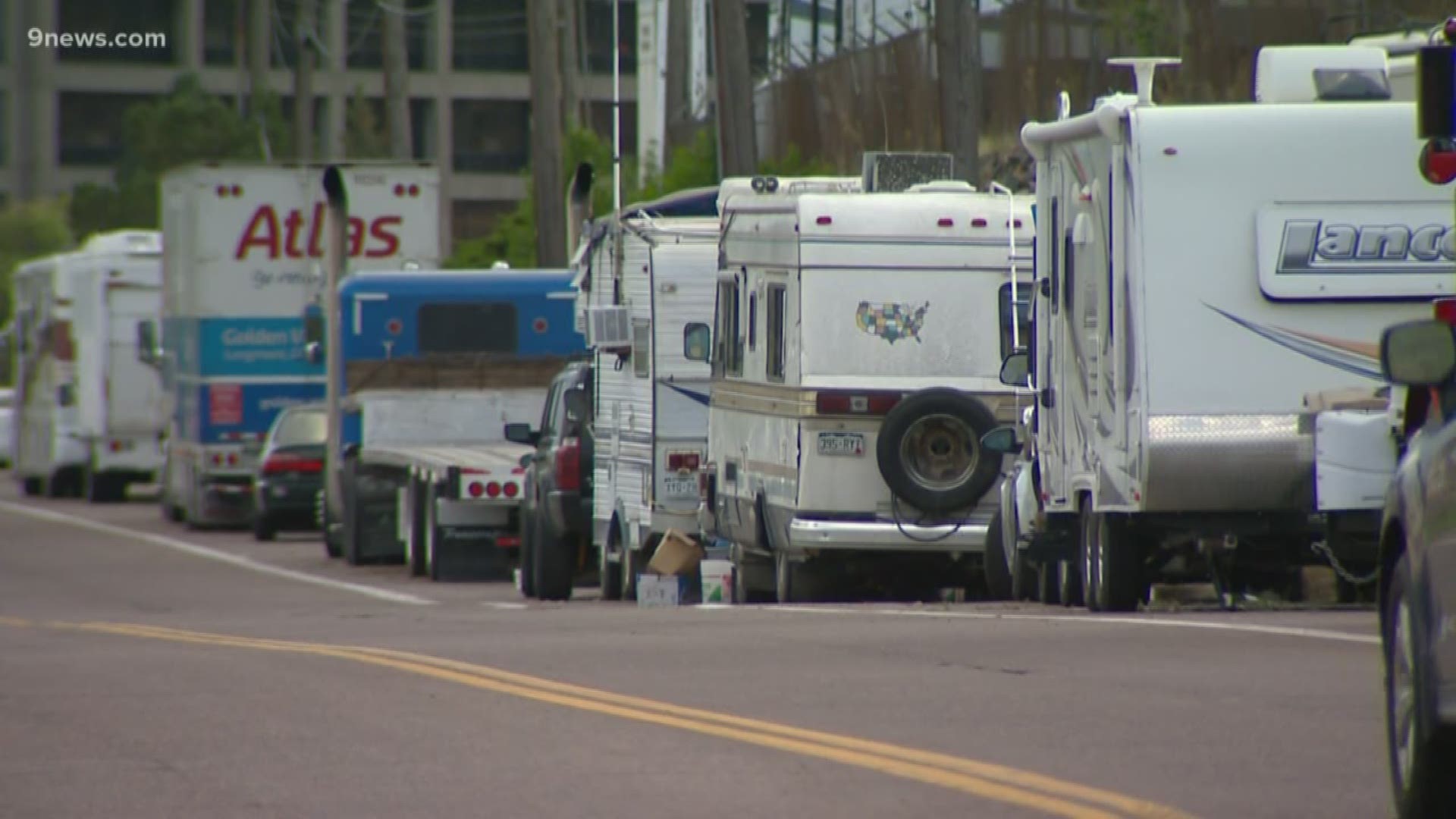 LAKEWOOD, Colo. — Lakewood says people who own RVs or travel trailers can no longer park on the city’s commercial streets.

Monday night, the Lakewood City Council unanimously approved an amendment to an ordinance about parking recreational vehicles within the city. Under the new rule, RVs and travel trailers are prohibited from parking on the public right of way.

The changes take effect on Oct. 26.

“The city received a range of complaints about these vehicles parking in commercial areas including the dumping of litter, sewage and other debris on city streets,” wrote city spokesman, Stacie Oulton, in an email Friday

“This change addresses the community’s concerns about the health and safety of our streets, and it gives the city an enforcement mechanism that wasn’t previously available under the city’s laws.”

“I think we probably have people taking advantage, that’s why we’re here tonight,” he said. “I do also want to echo, the challenging part for tonight is for some people, these are their homes, where they’re living currently. So that’s always something important to try and balance.”

One area of concern was an intersection in a commercial area of Lakewood, West 8th Avenue and Quail Street.

Several RVs are parked there this week, and the owners shared various stories of housing challenges.

“I’ve lived in a tent, I’ve lived in a dumpster… behind a tree,” explained Joseph Kniss, who parks his trailer near the intersection. He said the camper is better than a tent, and more affordable than an apartment.

He’s not happy about the new rules, which will require him to move. But he understands the complaints, saying, some RV owners are less than discreet, sometimes scattering belongings, cars and other items.

“There [are] certain rules and these guys are messing it up for people like me,” Kniss said.

He isn’t sure where he’ll go next, but Kniss said he his faith will guide him.

“That’s totally upon God,” he said.

Lakewood officials said the city will connect people who are living in RVs with local services that could help them find stable housing. The city said it added two “navigator positions” in next year’s proposed budget to help people facing housing challenges.

Family Tree is one of those local organizations that might be able to help. Based in Wheat Ridge, Family Tree works with victims of domestic violence, child abuse and neglect, and people facing homelessness.

“I think we’re starting to see a lot more evidence of people living in any place that they can to survive” said CEO Scott Shields.

He said RVs and campers sometimes serve as the last option before someone is on the street.

“Oftentimes this is the final asset they’re holding onto, it’s certainly an opportunity to have some minor semblance of a roof over their head,” he said. “People that are living in their cars are not doing that… in our experience, out of choice. It’s just out of necessity.”

The city of Lakewood said council members did not make changes to the RV parking rules for city streets in residential areas. Currently, the city said those rules say an owner of the vehicle can park it on the street outside their home for 48 hours to load and unload. After 48 hours, the RV must be moved onto private property.

Regarding enforcement of the new rules, Lakewood spokeswoman Oulton said, “The new law for the commercial or other nonresidential areas of the city will become effective on Oct. 26, and city staff will first spend time educating owners of these vehicles about the change before issuing warnings or citations.”