Large plume of smoke from fire north of Commerce City

The fire started burning Friday afternoon in the 3100 block of East 78th Avenue. 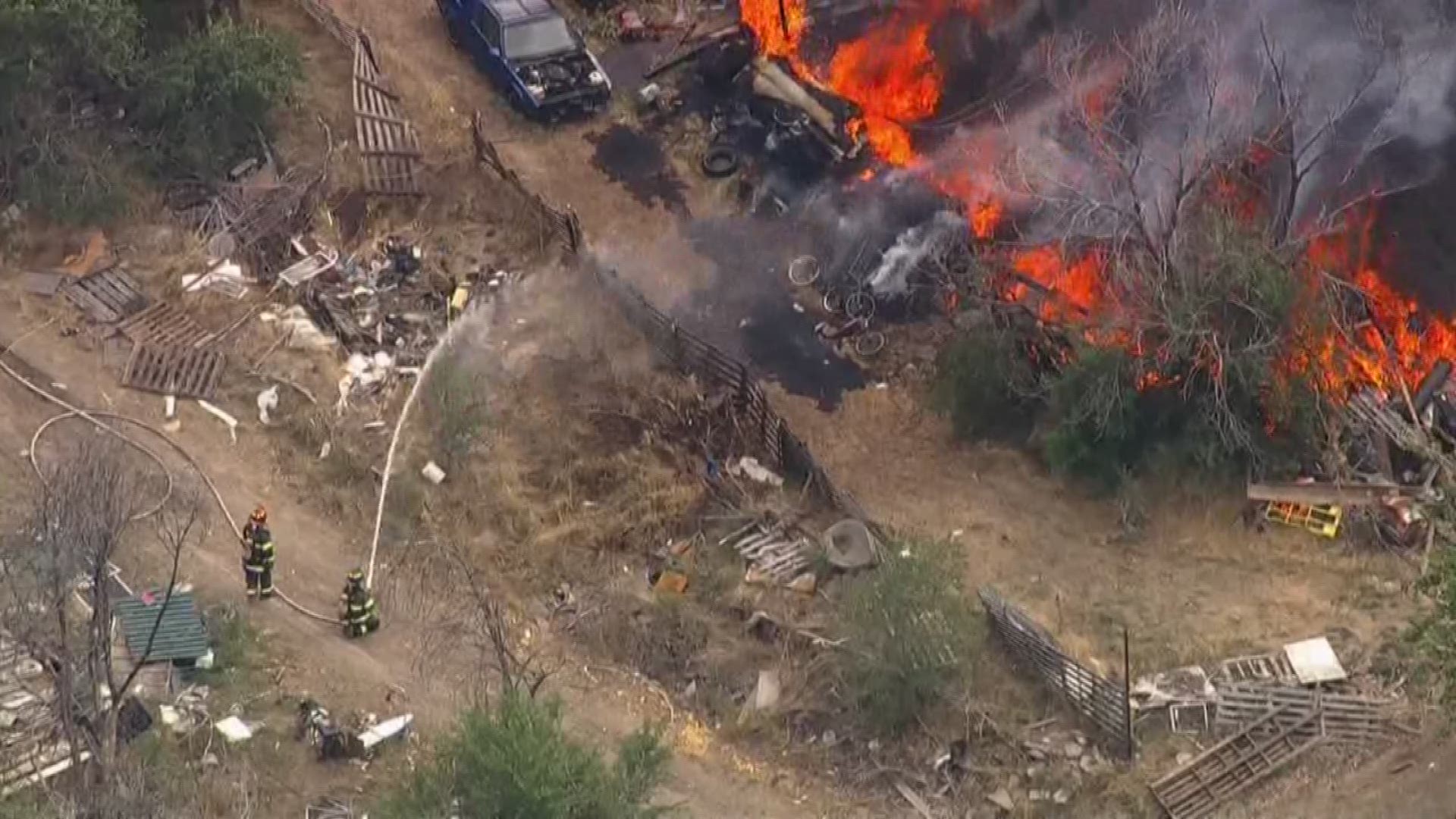 Firefighters were able to keep a blaze that fully engulfed several sheds and “miscellaneous debris” from reaching a boarded-up farmhouse in Adams County Friday afternoon.

The fire created a smoke plume that was visible for miles north of Commerce City.

A passerby reported the blaze in the 3100 block of East 78th Avenue just after 2:50 p.m., according to Adams County Fire Rescue.

Firefighters said the homes near the fire were not occupied, and that while a majority of the fire was under control within an hour, crews stayed on the scene checking for hot spots until 9 p.m.

What caused the fire remains under investigation. No firefighters were injured.