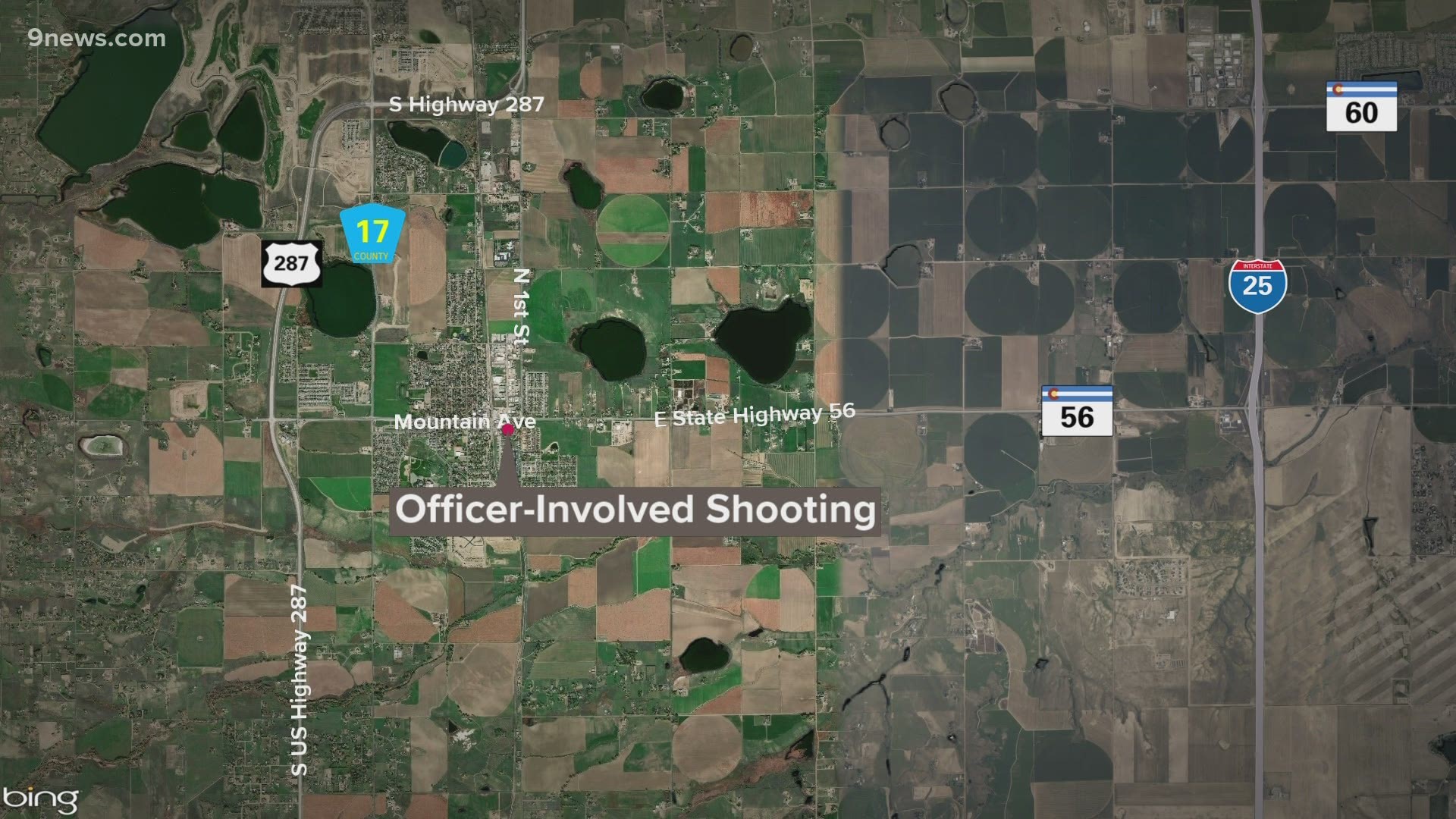 LARIMER COUNTY, Colo. — Four Larimer County Sheriff's (LCSO) deputies have been cleared of criminal culpability stemming from a shooting in the town of Berthoud on July 28. Two of the deputies fired their weapons in the incident, according to a decision letter from Eighth Judicial District Attorney Gordon McLaughlin.

>The video above is from when the shooting happened.

Larimer County deputies Steven Fay and Zach Wartenbe tried to make a traffic stop by turning on their lights and sirens, but Locker did not initially pull over, the letter says.

Locker finally stopped on 2nd Avenue between Welch and Mountain avenues, according to the decision letter. Not long after he pulled over, Deputies Patrick Crossland and Matthew Bordewick arrived to provide backup to Fay and Wartenbe, the decision letter says.

The decision letter says body worn cameras showed the deputies kept their distance and gave Locker verbal commands to put his hands outside of his vehicle. The deputies continued giving Locker commands for approximately seven and a half minutes before Locker pointed a .45-caliber Ruger handgun out of the window and fired one round at the deputies, the decision letter states.

Deputy Bordewick fired his Taser, striking Locker, the decision letter says. The deputies were able to get Locker into custody and gave him medical aid until EMTs arrived, the letter states.

Locker was taken to a hospital to be treated for a non life-threatening gunshot wound to his shoulder, the decision letter says.

Locker's Ruger was recovered and it had had a malfunction which prevented it from further firing, the decision letter says.

After Locker was released from the hospital he was charged with:

Locker was also charged with two other traffic infractions. Locker is being held in the Larimer County Detention Center under $100,000 cash bond. His next court appearance is scheduled for September 24.

RELATED: Man arrested after deputy drops phone in truck, locates it with Find my iPhone