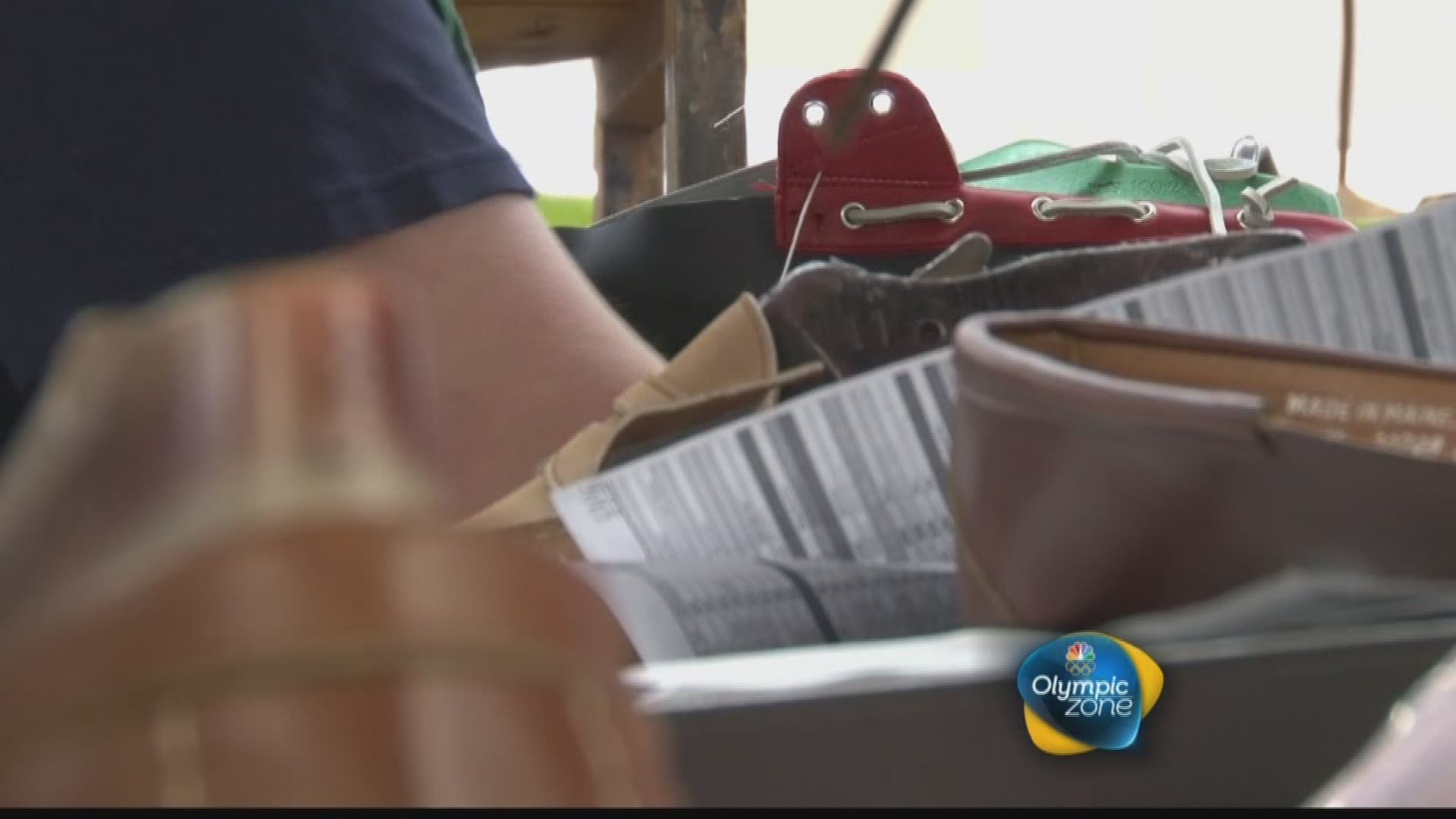 LEWISTON, Maine (NEWS CENTER) -- A shoemaking company in Lewiston has made a special shoe that Olympic and Paralympic athletes will wear during the opening and closing ceremonies for the 2016 Olympic Games in Rio de Janeiro, Brazil.

Rancourt and Company Shoecrafters is contracted with Ralph Lauren, the official outfitter of Team USA.

Ralph Lauren asked Rancourt and Co. to make the boat shoes for the athletes uniform during the ceremonies in April 2015.

Rancourt and Co. began producing the shoes in September 2015, with final shipment in February 2016.

Every element in the shoe, including the soles, the inserts, and the thread which holds the shoe together, must be made in the United States under Olympic Committee rules.

Rancourt and Co. made about 1,100 pairs of shoes, including 300 infant-sized shoes to go on the Vermont-made Teddy Bears that the athletes will carry during the ceremonies.

All of the shoes are hand-sewn and handmade.

”It’s just incredibly exciting and enjoyable,” said Michael Rancourt, president of Rancourt and Co. ”We make these iconic, classic boat shoes, and we do it the traditional way. There aren’t many companies in the world that do it the way we do it.”

Rancourt and Co. began in 1967 as a moccasin making business. Now, Michael Rancourt owns the Lewiston-based company, which sells its shoes worldwide.

”We work in anonymity through most of our lifetime in this business and to have this chance to outfit the Olympians – there’s nothing like it, said Rancourt.”

Rancourt's son Kyle also works for the company, handling much of the company's marketing operations.

”Everyone is going to see the shoes on the Olympians feet, and for us to know and for others to know that they were made here in Lewiston is something special,” said Kyle Rancourt.

Now Rancourt and Co. is making identical pairs to be sold at retail stores. One pair costs about $350, according to Rancourt.