He's helped 100 homeless people with his survival bags, but hopes that he can get an army to help him give bags to 100s more. 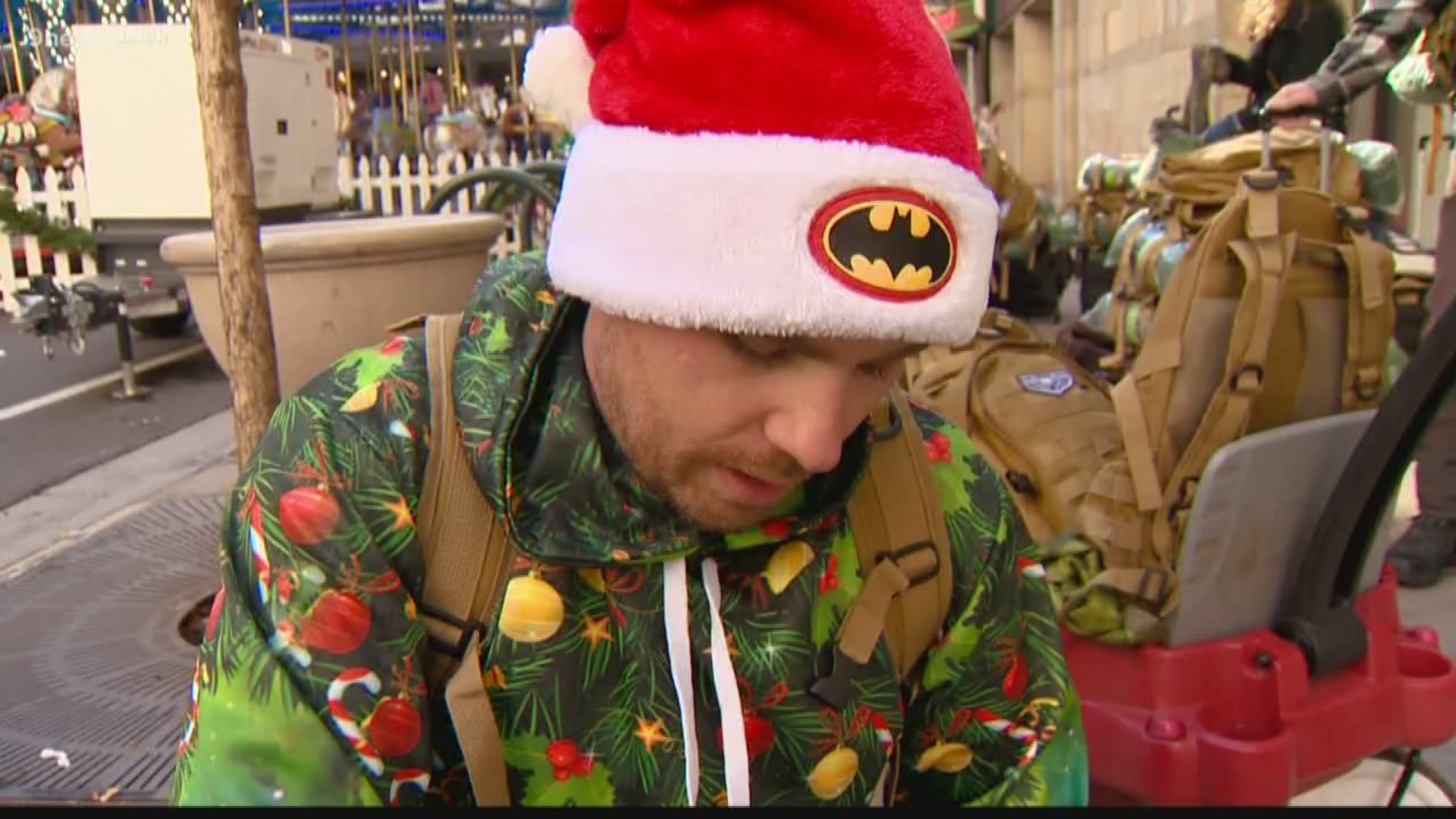 Sometimes one person can make a big difference. Alan Baird wants to be one of those people.

“I’m not Superman - or Batman - I can’t give everybody answers I can’t fix everybody’s problems, but I’m going to try my very hardest,” Baird said.

Baird started something called Baird Survival Bags. Friday afternoon he handed them out to 100 homeless people. Each backpack has living essentials that are meant to keep them warm while living on the streets.

“They’re real people who have had a mishap—they don’t have family members they can reach out to,” Baird said.

“That’s a huge problem for the homeless community because they need that to get jobs,” Baird said.

The whole idea started when Baird met a man named Terry last winter. Terry would open doors for people at the neighborhood 7-Eleven. He was always smiling and friendly.

“We were coming up on a week of really cold weather with negative digits,” Baird said.

So he got donations and made Terry a survival kit backpack. Baird said he has not seen or heard from Terry in a while, but that he hopes he is well, and that he was an inspiration for something that is growing.

“It’s a tremendous amount of work, I work two jobs regularly,” Baird said. “I started this project that was supposed to be 10 bags, and it got a lot of momentum and turned into 100.”

It is a program he hopes to keep growing. Baird said he has plans to do another round of backpacks in summer of 2018.