Climbing a 14er is the goal of many in Colorado, but what about climbing all 58? It's a challenge adventurist Connor Koch wanted to take. 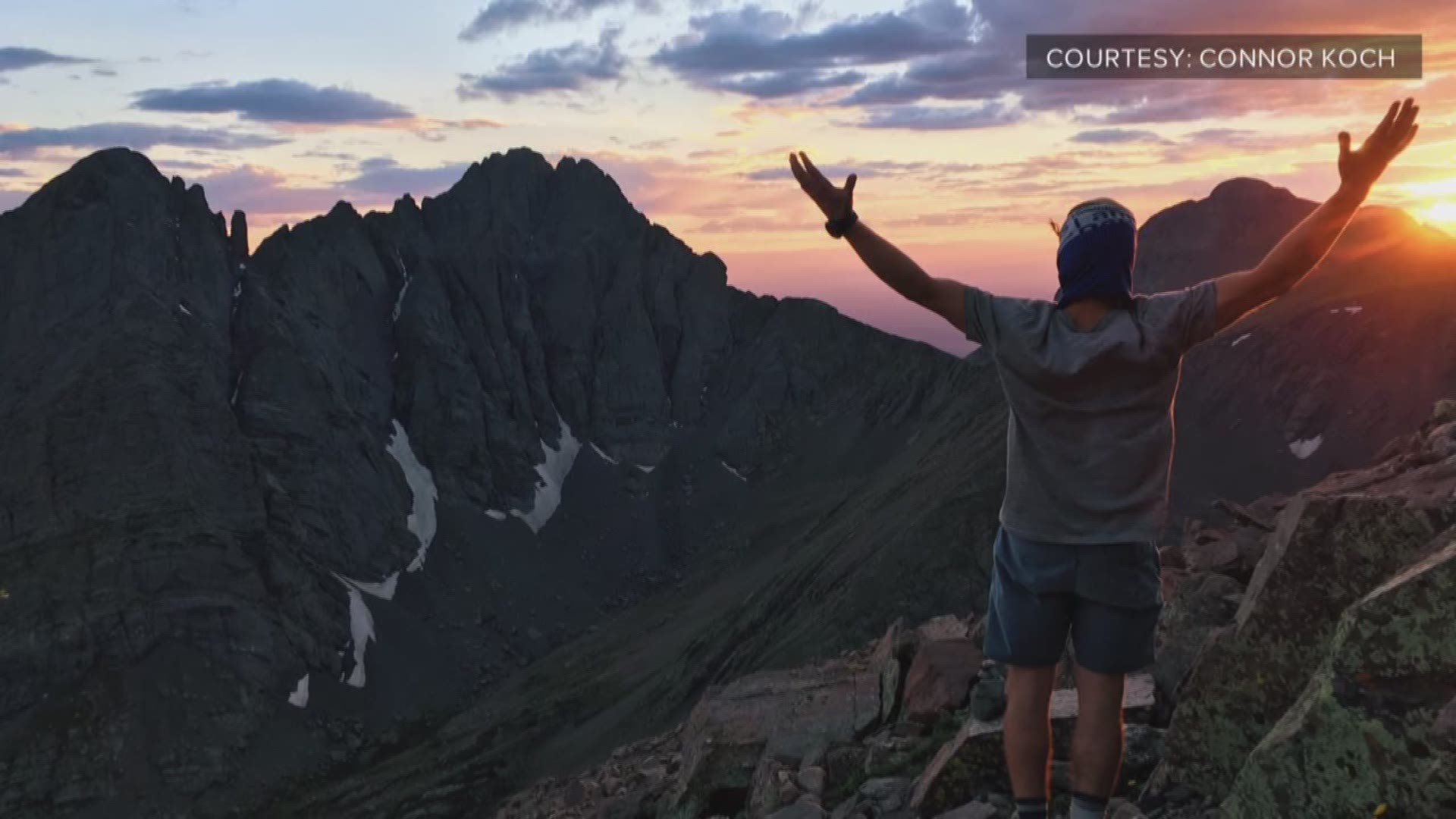 Climbing a 14er is the goal of many in Colorado, but what about climbing all 58? It’s a challenge adventurist Connor Koch wanted to take.

“I saw them as a wonderful way to experience the state,” Koch said.

It’s a promise he made 3 years ago to follow through on a pledge, and he used it as a way to see what Colorado has to offer.

“It’s taken me to some of the remote reaches of the state. I saw these emblematic peaks as a way to explore that, “Koch said.

Koch made a pledge to the group called No Barriers - a non-profit co-founded in 2005 by Erik Weihenmayer, the first blind man to climb Mt. Everest, the seven summits and kayak the Grand Canyon.

“He’s found a way to take those experiences he’s had and bring them back down the mountain and communicate them in a way that’s digestible and beautiful,” Koch said.

The group’s mission isn’t only to inspire people with physical limitations, but to help all people find a way to achieve their goals.

”Passing your multiplication test all the way to something a little more heavy, something personal...losing some weight and going on a big run,” Koch said.

The group helps people like Koch understand it’s the power of the human spirit that can help us all face our own challenges in life.

“Achieving a very tangible goal that you’ve set for yourself in your life that seems out of reach, but through the process of breaking through those barriers you get there step by step,” said Koch.