The protests on Sunday in Denver were for Elijah McClain and Paul Castaway. 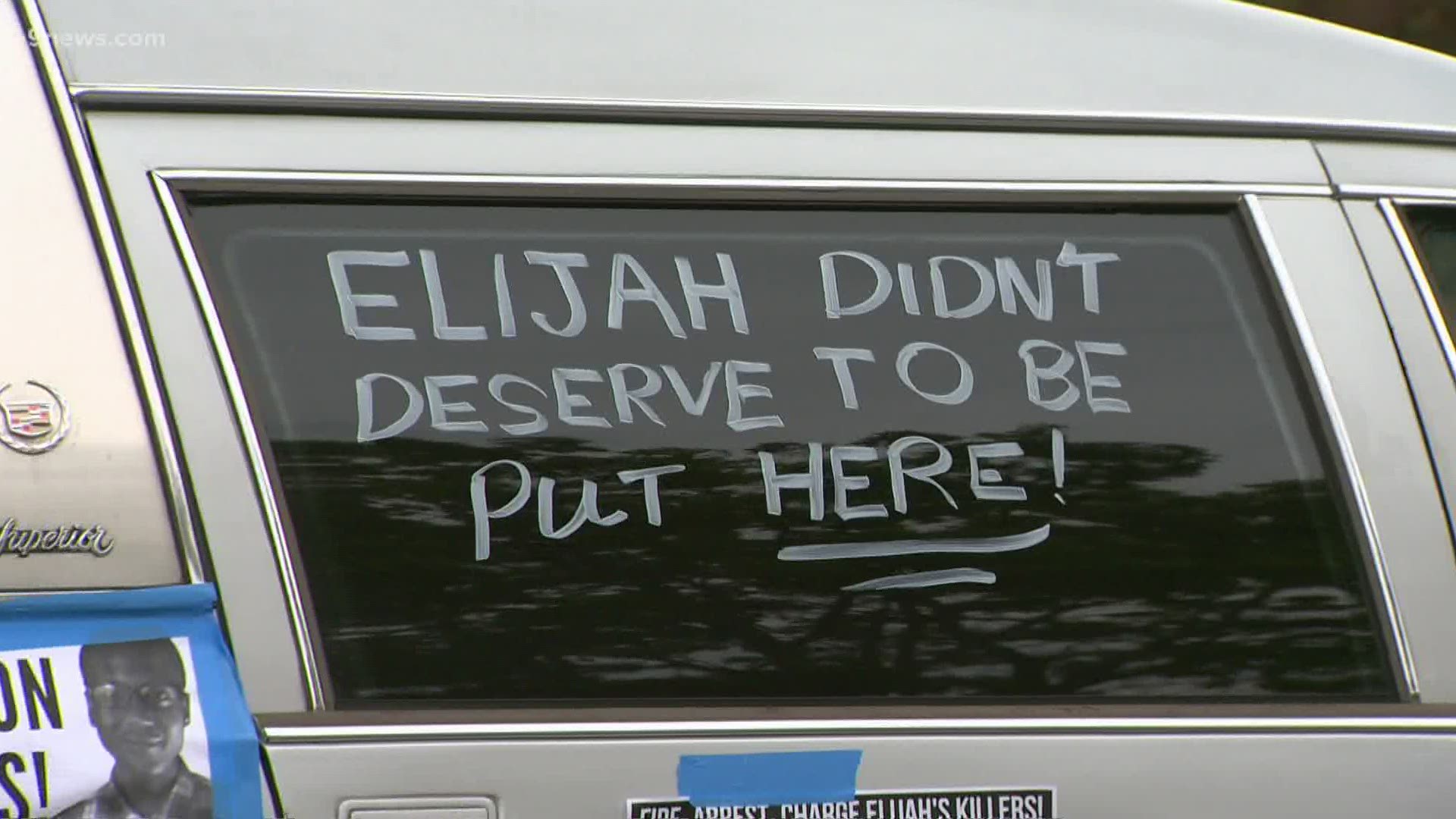 DENVER — Two protests were held Sunday in Denver and Aurora for two men that died after encounters with police officers.

A car parade demonstration began at 3 p.m for Elijah McClain, the 23-year-old who went into cardiac arrest after an encounter with police and later died. The parade was hosted by Party for Socialism and Liberation - Denver and Aurora Copwatch and began at the Community College of Aurora at Lowry Gymnasium Parking Lot at 11th Avenue and Yosemite Street in Denver.

A second protest was planned for Paul Castaway, the 35-year was shot by police in 2015. The rally began at 6 p.m. at La Alma Park in Denver followed by an 8 p.m. march to Denver's Capitol building.

The rallies come after weeks of protests over police brutality and excessive use of force across the nation –  stemming from the in-custody death of George Floyd in Minnesota in late May.

Police in 2015 said Castaway was armed with a knife and got dangerously close to officers, prompting them to shoot. The man was taken to Denver Health Medical Center and later died of his injuries.

He was accused of stabbing his mother, prompting authorities to respond.

A Native American media outlet said a 15-year-old boy witnessed the shooting and said Castaway was holding the knife to his own neck before he was shot.

More on the Paul Castaway case:

The August 2019 death of Elijah McClain has now made international news as Black Lives Matter protesters across the U.S. have called for justice for the 23-year-old, who died of cardiac arrest after an encounter with the Aurora Police Department (APD).

McClain was wearing a face mask at the time -- something his family said he did often when it was cold out because he was anemic. The 5'7" and 140 pound massage therapist had been walking to a nearby convenience store to pick up a drink. He had not committed a crime, and the initial 911 caller said he did not believe McClain was dangerous.

Body camera footage shows the confrontation quickly escalates from officers yelling "stop!" to McClain being thrown on the ground. One of the officers is heard shouting that McClain was reaching for his gun, but body camera footage doesn't definitively show him doing so.

Officers used a now-banned carotid hold (or chokehold) to keep McClain restrained. The District Attorney said McClain lost consciousness, but regained it and was heard in body camera footage saying "my name is Elijah McClain ... I was just going home." Paramedics administered 500 mg of ketamine to sedate him, and officers were later told he had no pulse in the back of an ambulance and needed CPR.

More on the Elijah McClain case: