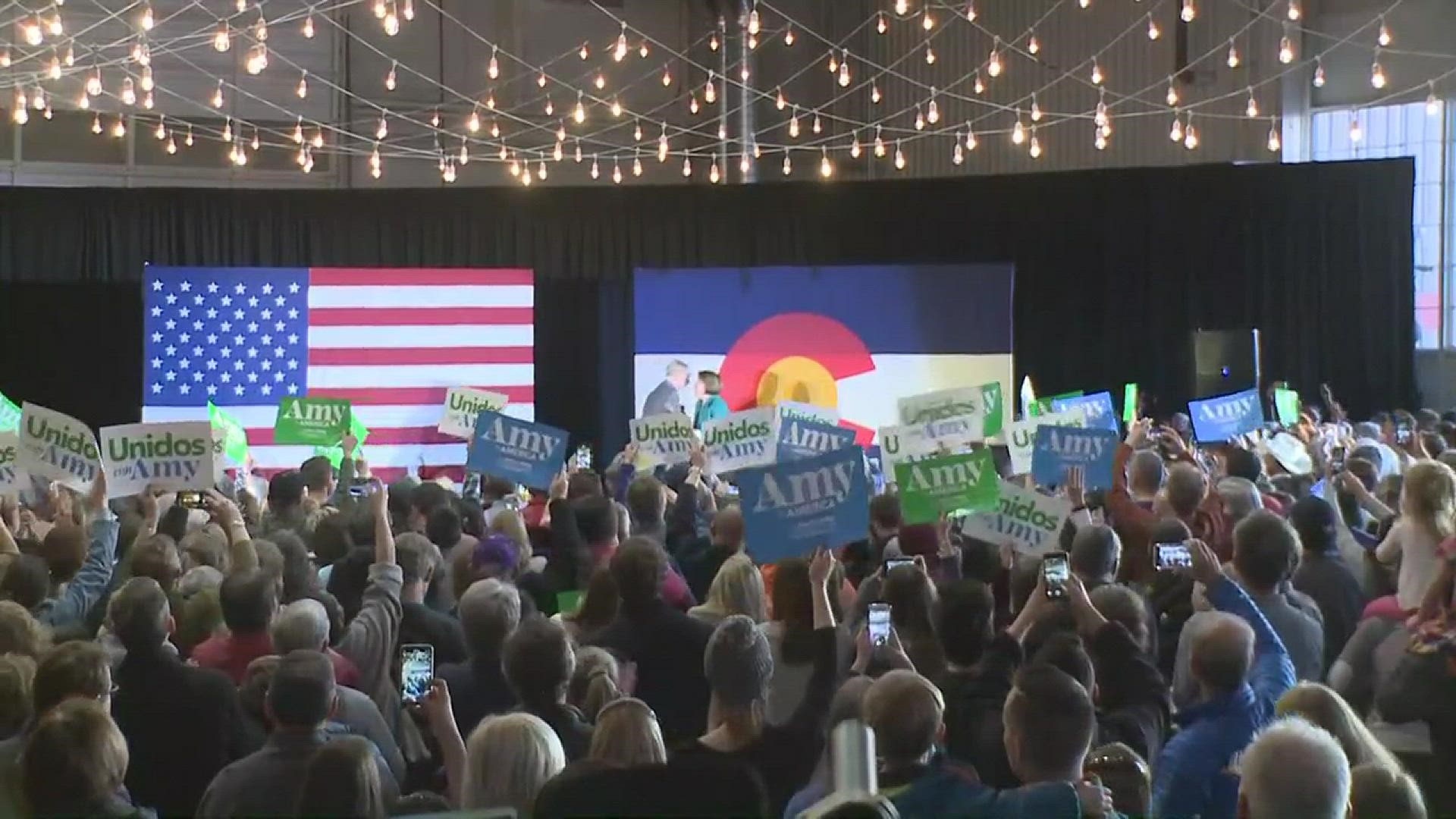 “I don’t agree with everything that’s said on that debate stage,” Klobuchar said. “But, what a lot of people know is that this election is a decency check.”

Klobuchar’s rally, dubbed a ‘grassroots event’, was held in Aurora’s Stanley Marketplace. The Minnesota senator took the stage at 5:30 p.m. and spoke before a full room for just short of an hour. Topics ranging from prescription drugs to climate change were highlighted during the speech, accompanied by anti-Trump rhetoric.

Klobuchar’s rally emphasized her principles of bipartisanship, inclusion and unity, all enforced by personal stories.

“We live in a country of shared dreams,” said Minnesota’s first female U.S. senator. “That no matter where you come from, or who you know, or what you look like, or what you worship, or who you love, that you can make it in the United States of America.”

Angie Sublet of Commerce City said Klobuchar’s willingness to reach across the aisle is what compelled her to attend the event.

“I want to hear more about how she’s going to bring people along,” Sublet said. “I think that’s what attracts me most – she’s more moderate and she talks about not continuing to polarize the parties, but to be in the middle.”

Several families were in attendance, eager to hear Klobuchar’s plans regarding education policy, an oft-discussed theme of the campaign.

“Education is my number one. I have young kids. I was a teacher, and it is just something that is near and dear to my heart,” Robin Lozier of Denver said. “…helping with student loan debt, and not wiping it all clear, but finding out a way we can make it more affordable for all kids is important.”