Richard and Mayumi Heene received pardons from Colorado's governor for their roles in the 2009 "balloon boy" incident. 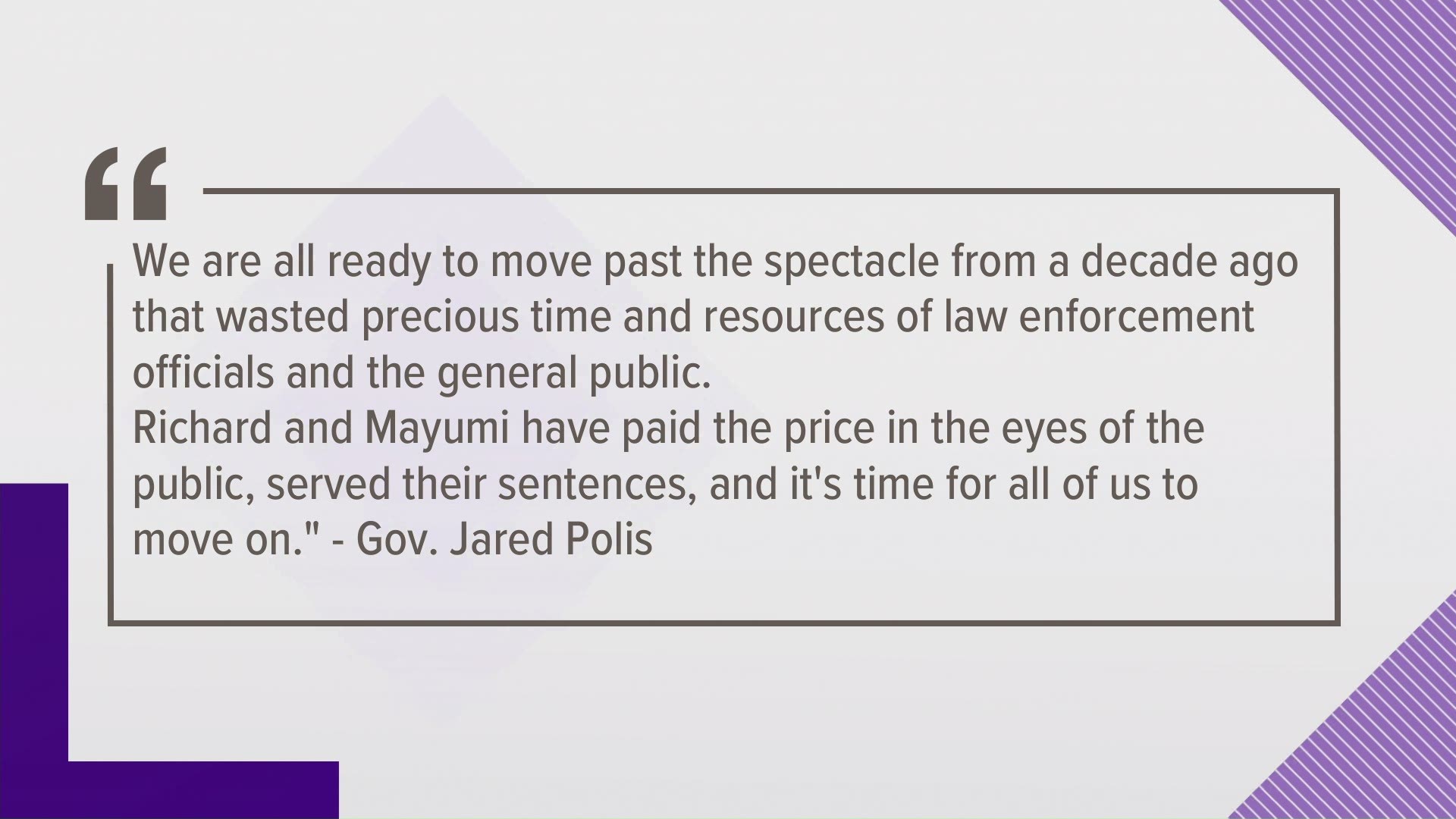 DENVER — Gov. Jared Polis (D-Colorado) issued four commutations and 18 pardons Wednesday. Among the people who received a pardon are the parents involved in the 2009 “balloon boy” incident that made international headlines.

“We are all ready to move past the spectacle from a decade ago that wasted precious time and resources of law enforcement officials and the general public,” Polis said in a news release announcing the pardons for Richard and Mayumi Heene. “Richard and Mayumi have paid the price in the eyes of the public, served their sentences, and it’s time for all of us to move on.

“It’s time to no longer let a permanent criminal record from the balloon boy saga follow and drag down the parents for the rest of their lives.”

In letters to the Heenes, Polis said he commended their efforts to become better citizens over the years. He said Richard Heene is running a small business to educate people about the weather, and his wife recently became a U.S. citizen.

The "Balloon Boy" incident happened in Oct. 2009. The Heenes told authorities they had released a helium-filled balloon into the sky above Fort Collins and that their six-year-old son was trapped inside it.

Police and the National Guard pursued the balloon, and an incident where the object fell out of the sky sparked worry. The boy was later found hiding in the attic, and law enforcement concluded the incident was a hoax.

"You and your wife were involved in a very high profile incident that garnered attention across Colorado and across the country," Polis wrote in a letter to Richard Heene. "You wrote to me that you have taught your three children to be honest and hardworking, and you have been diligently passing on your construction trade to your sons. I believe you and trust that the legal and social consequences you have suffered in the intervening years will prevent you from ever repeating your past mistakes."

Polis commuted the sentences of four offenders - Fredric Dryer, William Goble, Frederick Harris and Anthony Martinez. They will be released on parole beginning on Jan. 15, 2021.

According to a news release, Martinez is 84 years old and uses a wheelchair.

"While his case highlights the need for reforming the state's special needs parole process for him and others like him, at least I am able with my power as governor to be a last recourse to allow him to live his final years with his niece in Pennsylvania," Polis said in a news release.

Their convictions ranged from marijuana crimes to theft to assault.

In his letters to those who received pardons, Polis commended many of them for learning from their offenses and starting new careers and earning educations.

You can read all of Polis' pardons here.