Sanders made a campaign stop in Denver Monday. He won the 2016 Democratic caucuses in Colorado, but it's a new game now. 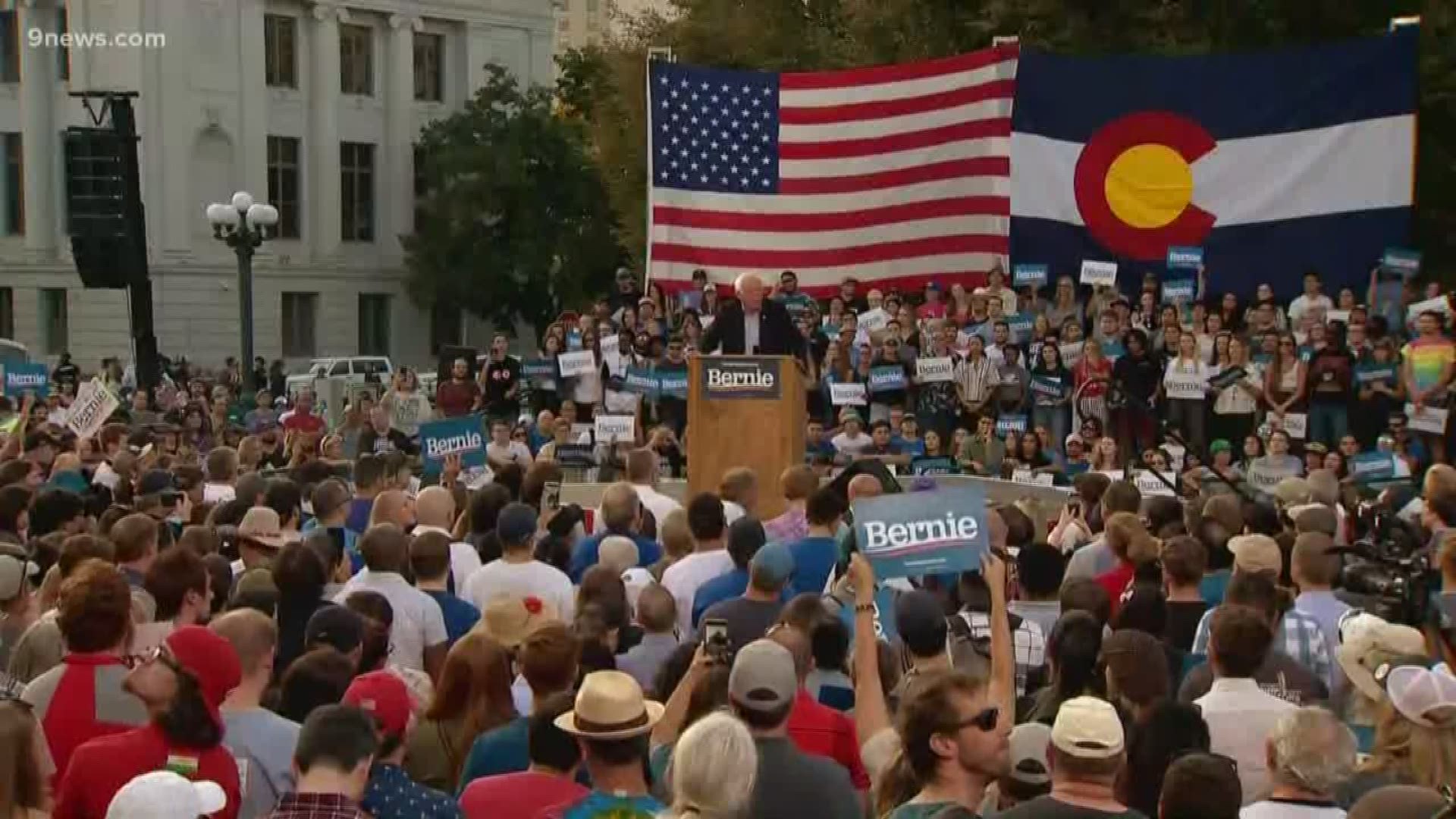 Sanders won the 2016 Colorado Democratic caucus over challenger Hillary Clinton, but Colorado has since switched to a presidential primary, which might be the primary reason he's in Colorado.

"Because it's a primary this year in Colorado, it's a much wider range of voters," said University of Denver political science professor Seth Masket. "It'll tend to be more non-white, there will be more poorer people, more people with kids, these are not all populations that Sanders have done well with."

Expect more presidential visits since every active Colorado voter will receive a mail-in ballot for the March 3 primary, as opposed to the Tuesday night neighborhood caucuses that were surprisingly crowded and ill-staffed in 2016.

Sen. Kamala Harris (California) held a rally and attended a fundraiser in Denver in August.

Since Colorado is now a primary state, presidential hopefuls need to treat the voters like it's already November.

And don't forget, now that it's not a party-only caucus, unaffiliated voters can request Democratic primary ballots, perhaps swaying the vote.