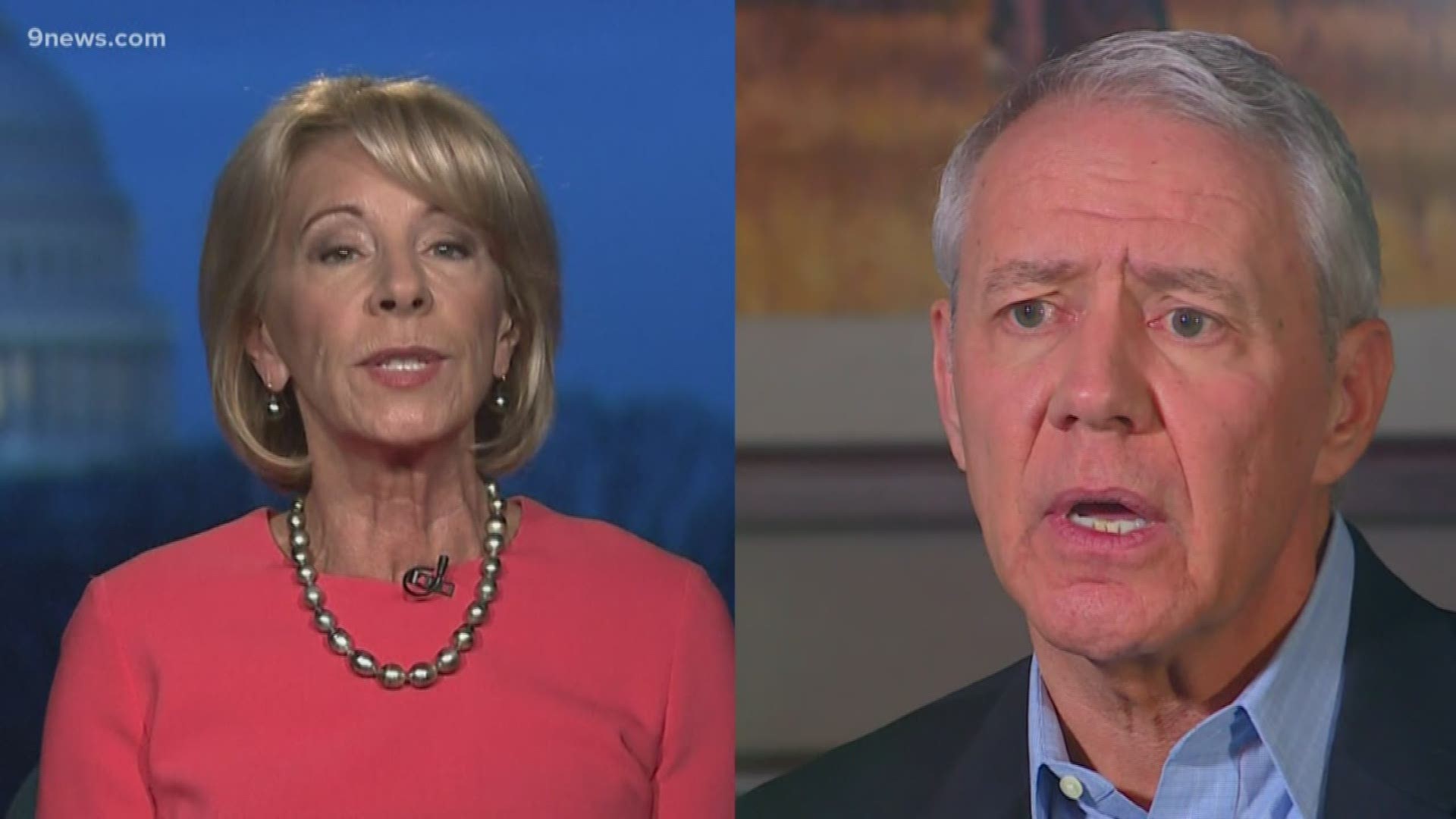 DeVos and Buck, who represents Colorado's 4th District in the U.S. House of Representatives, are visiting the two schools to look at how they are approaching education, according to a Wednesday news release from the U.S. Department of Education.

DeVos' visit to Colorado comes during during National School Choice Week, "an annual reminder that all families deserve the freedom to find the best education fit for their children," according to the release. Buck is one of more than 100 co-sponsors on Education Freedom Scholarships bill, the Trump administration's key free education proposal, the release noted.

There are more than 1,000 students waiting on the school's lottery, according to Wednesday's news release. Liberty has been recognized nationally for its students' achievements. In 2018, it was named a top public school in the nation by U.S. News and World Report. Also, Liberty Common High School students have posted the highest mean SAT score in Colorado the past two years and broke a state SAT record in 2018.

>>> Read more at the Coloradoan