Congresswoman calls for ethics investigation into Boebert, other GOP reps because of insurrection

Rep. Pramila Jayapal (D.-Wash) asked the House Committee on Ethics and the Office of Congressional Ethics to look into Colorado's Lauren Boebert and two others. 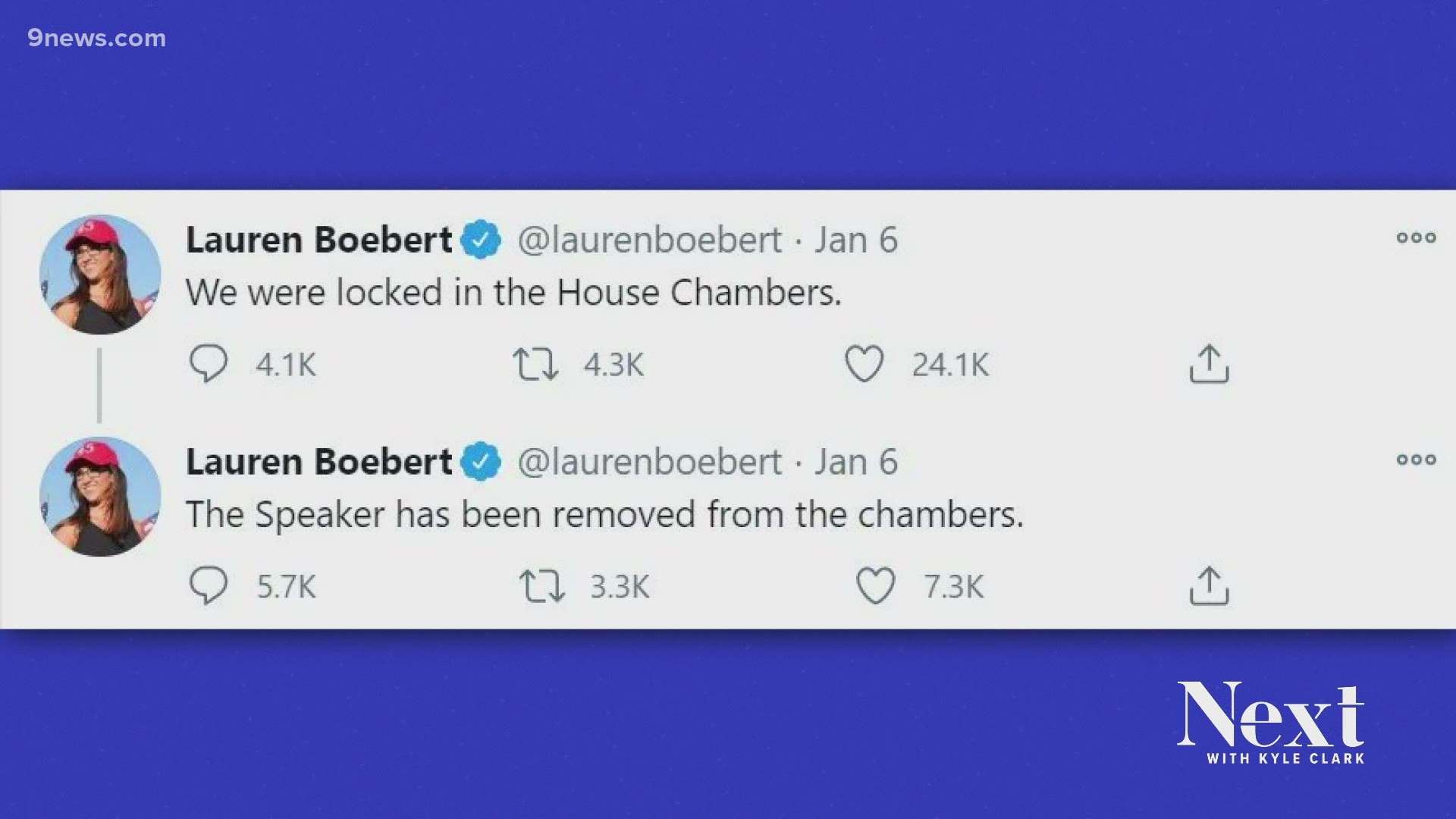 Jayapal sent letters to the House Committee on Ethics and the Office of Congressional Ethics asking for investigations into Boebert, Rep. Mo Brooks of Alabama and Rep. Paul Gosar of Arizona, and their actions surrounding the insurrection that happened at the U.S. Capitol on Jan. 6.

“It is critical for the functioning of Congress — and therefore the functioning of our democracy — that this investigation is conducted,” the release said. “I urge the House Committee on Ethics and the Office of Congressional Ethics to thoroughly investigate Representatives Boebert, Brooks, and Gosar’s conduct, and refer any appropriate findings to the Department of Justice.”

In her letters, Jayapal lists examples of conduct she feels encouraged the insurrection when Congress gathered to certify results of the 2020 presidential election, affirming Joe Biden's win.

Regarding Boebert, Jayapal wrote the congresswoman from Rifle endangered lawmakers’ lives with her social media posts, including a tweet posted hours before the insurrection that said “Today is 1776."

Boebert has previously dismissed similar concerns as partisanship. She addressed Jayapal's letters in a statement to CNN:

"Rep. Jaypal needs to spend more time investigating the insurrection that took place in her own district over the summer and less time trying to connect me to the attack on our Capitol that I have repeatedly condemned."