Demonstrations are expected to take place along the Front Range this weekend including in Boulder, downtown Denver and Aurora. 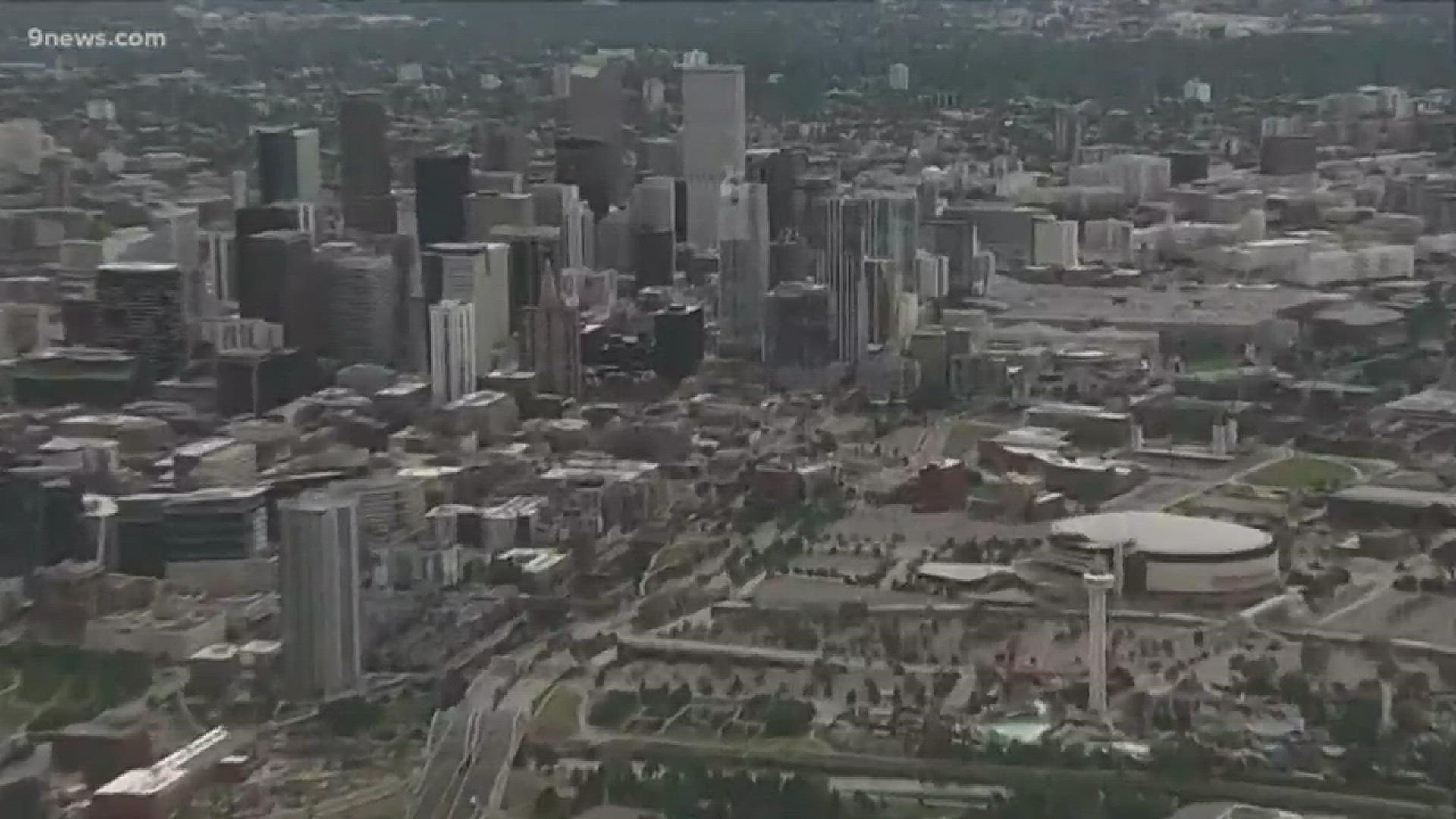 COLORADO, USA — For the tenth straight day, protests sparked by the in-custody death of George Floyd in Minnesota are taking place in the Denver area.

Demonstrations are also planned in other cities along the Front Range this weekend including in Boulder, Aurora, Parker and Fort Collins. There are also events scheduled to take place in Louisville, Evergreen and Wheat Ridge.

One of Saturday's earliest demonstrations began at 10 a.m. in Boulder.

Around 12:30 p.m., members of the Denver Broncos met with government officials, including mayors and Denver Chief of Police Paul Pazen, at the state Capitol.

About 50 players, all 24 coaches, and team executives then led a rally at Civic Center that drew thousands.

Many Broncos address the crowd including outside linebacker Jeremiah Attaochu, who came to the United States from Nigeria when he was 8 years old. He spoke about the school systems in this country and the need for policy changes.

”You can’t keep putting a Band-Aid on an old wound,’’ Attaochu said to the crowd. “Overt police brutality, hate, racism, that is all built by the system and the younger generation is tired of it. We want some real healing. We need to heal as a country.’’

Justin Simmons, Davontae Harris, Alexander Johnson, De’Vante Bausby and Von Miller were the other Broncos players who spoke to the large gathering before leading a march through downtown Denver.

More protests took place during the evening, including multiple events in Aurora.

"The way the players amplify the voices that need to be heard is more important than ever. I fully support them using their platform and influence in a positive way to create change," part of Elway's statement read.

FULL ELWAY STATEMENT: Elway speaks out against racism, says he's willing to keep listening to and learning from his players

Saturday will be the first full day that a temporary restraining order from a federal judge is in effect, restricting the use of less-lethal devices during the protests.

The order, which was handed down Friday night, puts restrictions on officers in using any kind of chemical weapons or projectiles against protesters unless an on-scene supervisor at the rank of supervisor or above "specifically authorizes such use of force in response to specific acts of violence or destruction of property that the command officer has personally witnessed."

RELATED: Judge grants restrictions on use of less-lethal devices during protests

On Friday, Denver's ninth day of protests, a crowd marched through the streets while a brass band played, artists painted Colfax in dazzling color and many shared their fears, experiences and hopes with the group of hundreds gathered around the steps of the Capitol.

The group had gathered to demonstrate against the in-custody death of George Floyd and to protest police brutality and systemic racism.

RELATED: Murals of George Floyd spring up in Denver