A spokesperson for the department called the incident "inappropriate" and "upsetting." 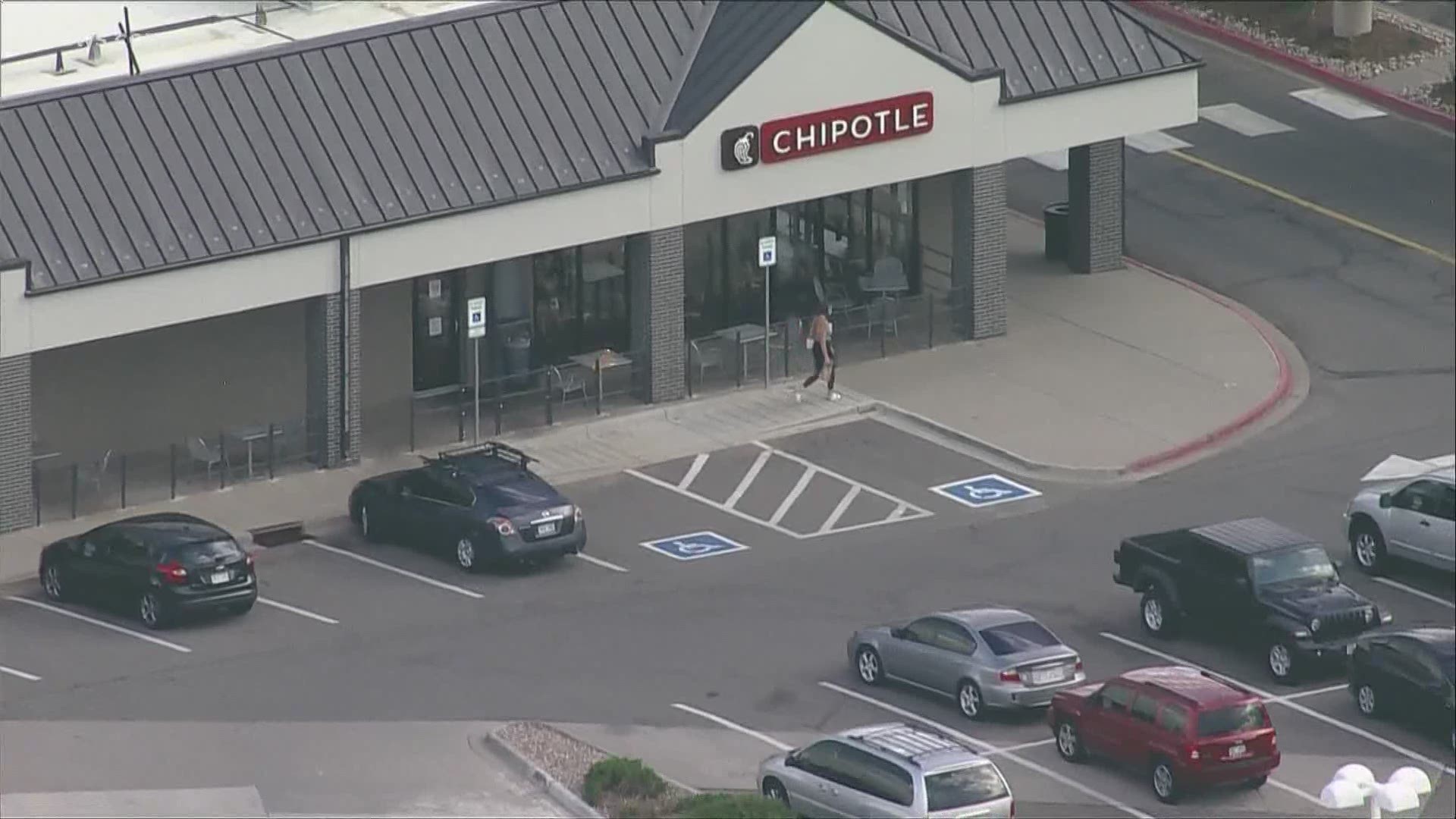 WHEAT RIDGE, Colo. — A Wheat Ridge police officer discovered "I can't breathe" had been written on his packaging after purchasing a meal at a local Chipotle restaurant, something the department called "upsetting" in a statement Friday confirming the interaction.

Wheat Ridge Police Department (WRPD) spokesperson Sara Spaulding said while the food didn't appear tampered with, "officers believed [it] was targeting them in a negative way."

"This has been an upsetting incident for that officer and for our entire department," Spaulding said, adding that the action was "an inappropriate way for an individual to voice those opinions."

Spaudling said WRPD is working with Chipotle store management "with the hope of finding common ground on which to gain a mutual understanding and respect for our differences."

"The protection and safety of our officers is one of our highest priorities, and as they work to protect our community, they should not have to wonder whether the food they are served is safe to eat or whether they will be treated any differently than others being served in an establishment," Spaulding said.

"Chipotle has zero tolerance for any form of discrimination, and expects that all of its customers be treated with dignity and respect. The employee responsible for this incident has been terminated."

Protests have also been held in response to the death of 23-year-old Elijah McClain in Aurora. McClain died on Aug. 27, 2019 – three days after he went into cardiac arrest following a confrontation with Aurora officers. He was detained after a report of a “suspicious person” in the area of Billings Street and East Colfax Avenue. McClain’s family said he had been walking to the store to get iced tea, and would usually wear a face mask when it got cold outside.

Officers used a carotid hold on McClain and first responders said he wouldn't calm down, so AFR pushed a 500 mg dose of ketamine in his shoulder.

"We know these are stressful times as our communities cope with the ongoing risks of the pandemic as well as the anxiety created by weeks of protests targeting police in cities across the country," Spaulding said on behalf of WRPD.

Spaulding said in general, the community has been very supportive of department's officers.

"While this single incident is disappointing and upsetting, despite the challenges of the past few months, we have experienced a tremendous outpouring of support from the Wheat Ridge community, and for that we are extremely grateful," Spaulding said. "We are also committed to ongoing conversations with our community about social justice and community policing."

The Chipotle where the incident occurred is located at 3294 Youngfield St. in Wheat Ridge.