The survivor of a deadly explosion linked to an abandoned well in Firestone spoke Thursday. 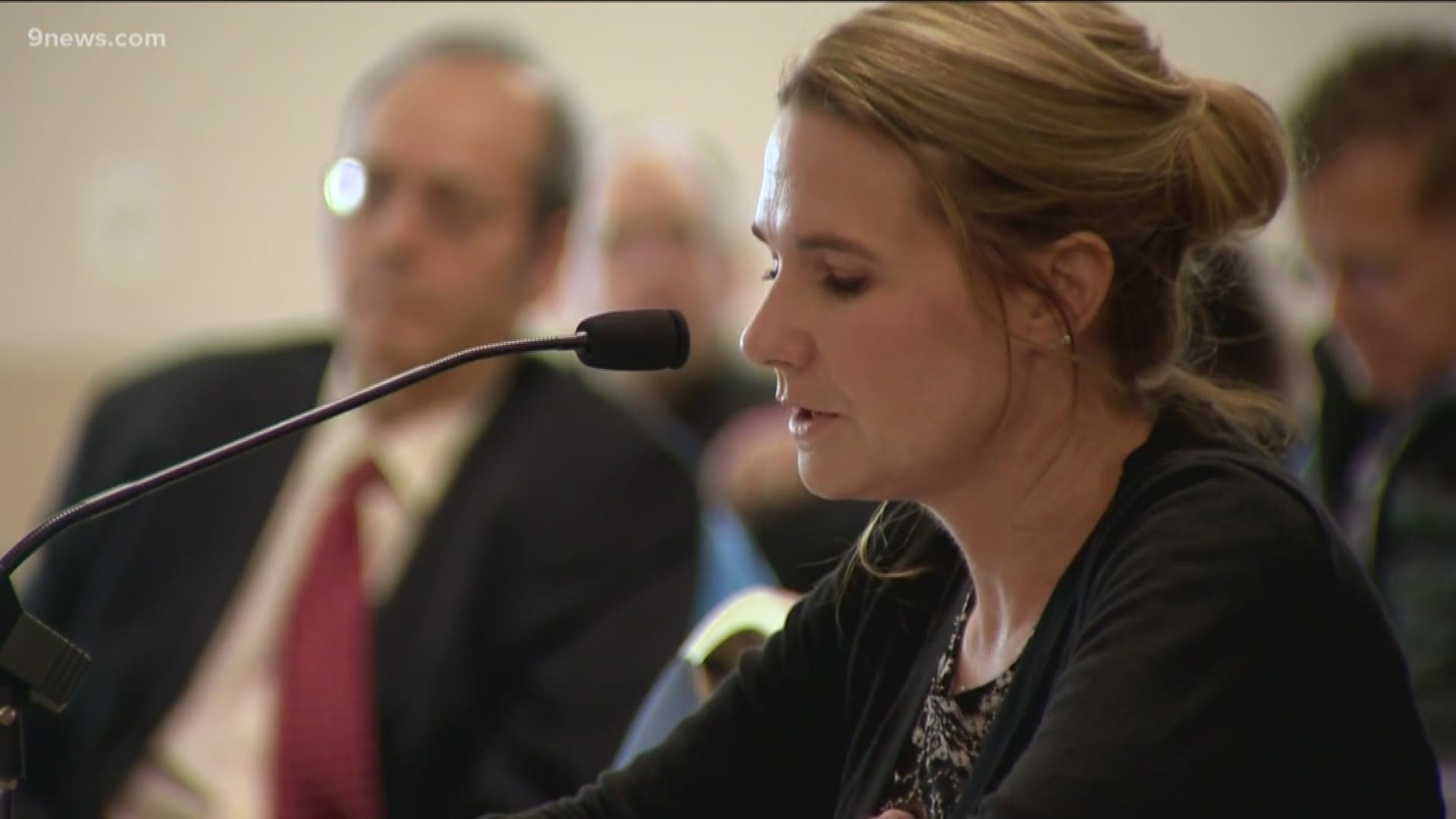 The new rules, approved by COGCC Thursday night, include creating a publicly available map of all flowlines in Colorado. The map will be available online for people to view, at a scale of 1:6000.

On a call with reporters Thursday evening, COGCC Director Jeff Robbins said the scale is specific enough for homeowners to see whether there are flowlines on their property, but not so detailed that it would serve as a substitute or deterrent to calling 811 before excavation.

Property owners looking for more detailed information about flowlines on their property can also visit COGCC  to review information in person.

Commissioners also approved a new rule regarding the abandonment of a flowline. Robbins said under the new rules, operators should generally remove the line if deciding to abandon it. The new rules also establish a list of exceptions that would allow an operator to abandon the line “in place,” meaning it is not physically removed because it would be more protective to leave the flowline in place. However, the line must be abandoned appropriately: purged, capped, and the risers removed, Robbin explained.

The hearings lasted several days and were held at the University of Northern Colorado (UNC), allowing the public and stakeholders to comment ahead of the commission's vote on whether to adopt them.

Erin Martinez was included in the list of people who testified.

She survived the April 2017 Firestone home explosion, linked to a flowline at an abandoned well site. Martinez's husband, Mark Martinez, and brother, Joey Irwin, were killed in the incident.

Martinez shared the story of her family and the explosion with commissioners Thursday morning.

"It is important for you to understand what was taken from me, what the results of inadequate regulation can lead to," she said. "The goal here today should be what needs to happen to prevent this horrific story from becoming somebody else's reality."

Martinez shared her support for stricter inspections of flowlines, and advocated for complete removal of abandoned ones.

"I think the only way to avoid an abandoned line becoming a future conduit of gas is to remove them from the ground when the industry is finished with them," Martinez told commissioners.

"The public has a right to know what is in the ground, in and around, where they choose to live," she said Thursday. "Our homes are supposed to be our safe havens, we shouldn’t have to worry about them exploding from gas seeping into our basement."

Following the adoption of the new rules Thursday night, Martinez issued an emailed statement saying “Colorado residents will now be better informed and safer in their homes,” thanks to the new rules.

Her statement also looked forward, to implementation of the rules:

“Looking forward, the key to ensuring success for the new rules will be making sure that the COGCC has adequate resources dedicated to implementation, inspection, and verification. I look forward to working with the agency to ensure it has the staff it needs. I also intend to continue my work In upcoming agency rule-making to enhance public safety in the Commission’s rules.”

Representatives from the oil and gas industry were involved in the hearings, as well.

“Even before this rulemaking took place, Colorado had the most comprehensive flowline rules in the nation as we test the integrity of these lines more often than anywhere else in the country. Now, with these new rules on public mapping and abandonment protocols, Colorado’s tough rules are even more stringent and will hopefully continue to assure Coloradans of the ongoing safety of flowlines.

“We also want to express our appreciation for all of the hard work COGCC’s staff put into drafting the rules and listening to a diverse group of stakeholders from across the state. We were grateful to be part of the process as our industry’s top value is safety.

“While we’re comfortable with many aspects on the new regulations, we do have concerns. Flowlines can be abandoned in place safely, and their removal can sometimes have serious negative impacts, depending on the situation. That includes potentially tearing up the ground of neighborhoods, farm lands, wildlife areas, while also generating unnecessary emissions and putting workers’ safety at risk.

“Industry will remove lines where needed to protect public health, safety and the environment unless, in specific circumstances, it is more protective to leave them in the ground.

“We support making maps of flowlines more accessible to the public, and we believe under these new rules it can be done with heightened protections to avoid people forgoing the 8-1-1 “one-call system” to mark lines, and digging without those lines being physically located.

“The Commission and staff should be commended for their hard work and diligence in working with all stakeholders in recent weeks to narrow the range of differences among the parties. Today’s outcome increases transparency and reflects a shared commitment toward protecting and enhancing public health, safety and the environment, of which we can all be proud.

“Colorado’s natural gas and oil industry is largely supportive of the new regulations. However, we continue to have concerns with respect to the scale and specificity of a publicly available map, both for security and safety reasons. While we fully support the public’s desire to know the general locations of flowlines, we worry that such mapping could be used as a substitute for the ‘Call Before You Dig’ 811 Program, which could present significant safety concerns. We similarly worry that such detailed mapping could invite vandalism and pursuant risks to public safety.

“With respect to flowline removal taking precedence over safe abandonment, we recognize the Commission’s work to allow for exceptions to removal in many scenarios in these rules and appreciate those changes. We will continue to advocate for safe abandonment of flowlines in place whenever we believe it to be the most appropriate solution.

“We are grateful to have had the opportunity to substantively contribute to these discussions as they progressed. Public health, safety and the environment has been and continues to be our top priority.”

The Colorado Petroleum Council is a division of API, which represents all segments of America’s oil and natural gas industry. Its more than 600 members produce, process, and distribute most of the nation’s energy. The industry supports 10.3 million U.S. jobs and is backed by a growing grassroots movement of more than 47 million Americans. API was formed in 1919 as a standards-setting organization. In its first 100 years, API has developed more than 700 standards to enhance operational and environmental safety, efficiency and sustainability.