Colombians in Colorado rally for their families protesting back home

Members of the Colombian community in Colorado gathered at the state capitol Wednesday in support of protests against the Colombian government. 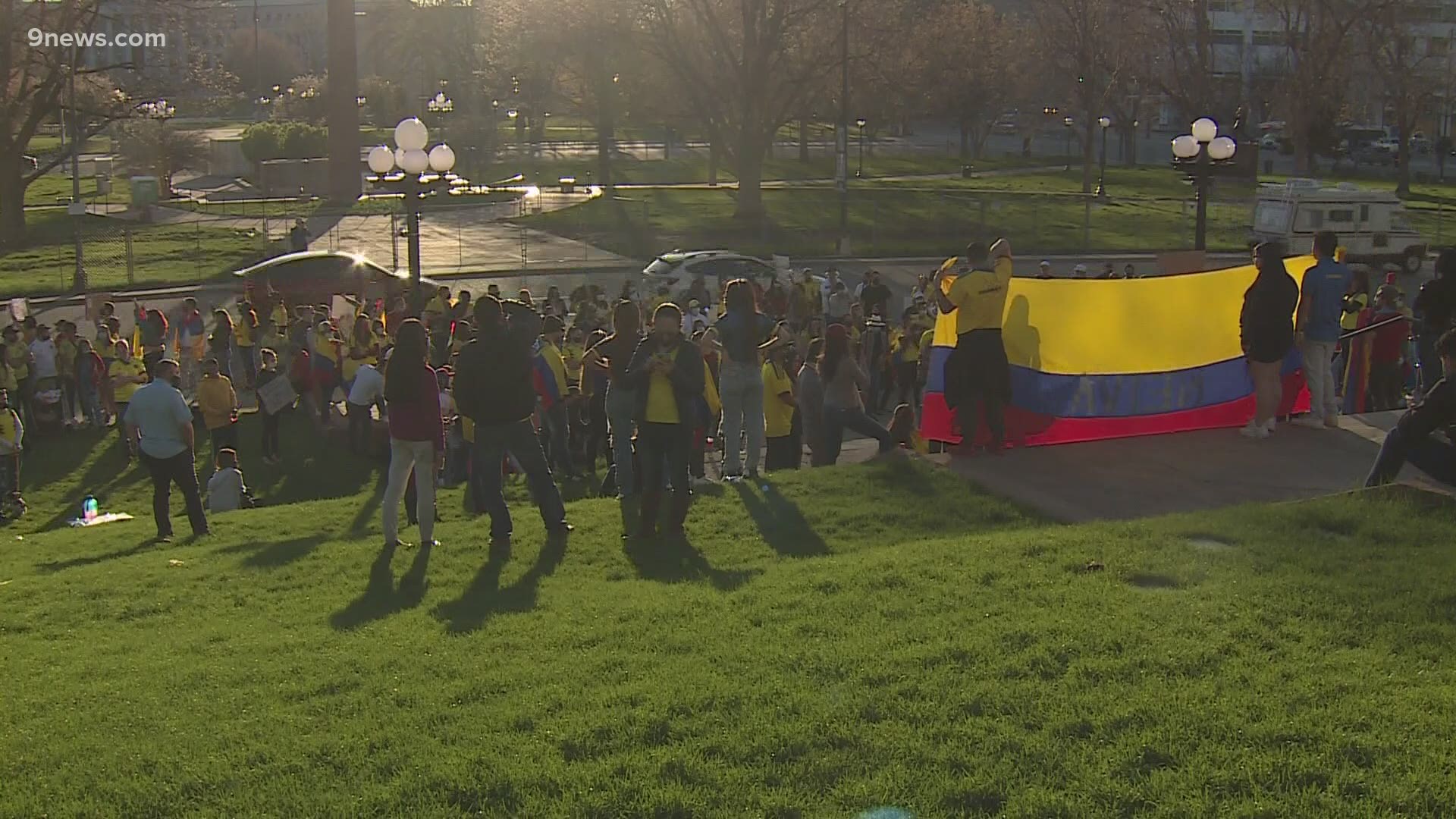 DENVER — As Colorado's Colombian community watches protests in their home country turn deadly, they wanted to show the rest of the world what was happening.

The protests started April 28 after the government introduced a tax bill that would have made it possible for more businesses and middle and lower class people to be taxed. Anyone who made more than $684 a month would get taxed, and it removed many exemptions in individuals and businesses. Trade unions organized the original protests.

"These reforms were trying to increase taxed income on the low and middle classes and they wanted to tax services like internet and water and electricity and gas," said Andrea Maldonado. "They wanted to tax 19% on gas and basic foods like eggs, rice."

After hearing that their families could not share what was happening on social media, Maldonado helped organize a way to get the word out here.

"We have decided to meet up in Civic Center Park, to have a little meeting to support fellow Colombian brothers and sisters are right now are protesting against the government in Colombia," Maldonado said. "We have seen now that they're getting attacked by the police and the army forces so we have decided just to make that public and kind of let the other people know what's happening right now there."

But it's more than just letting people know about the tax bill or that there are protests happening. It's about remembering the people who died during them.

"We want to let the people know about the people that have been murdered," Maldonado said. "It's a kind of way to tell everyone that we are with the victims, that we're there for their families. Especially right now that Mother's Day is coming and then their children got killed just because they were trying to protect their rights. So we want to honor them and honor the people that are fighting for us because we're not able to be there, obviously because we're here."

But Maldonado said their work does not end with Wednesday's rally or with Colombian community alone.

"We need support from other communities as well," Maldonado said. "We have been there for all the issues that you know our fellow Americans have had recently, and we appreciate the support that we can get throughout this."