Bill on evictions, rent fees heads to Polis for signature

Senate Bill 21-173 could impact both tenants and their landlords in several ways, including during the process of eviction. 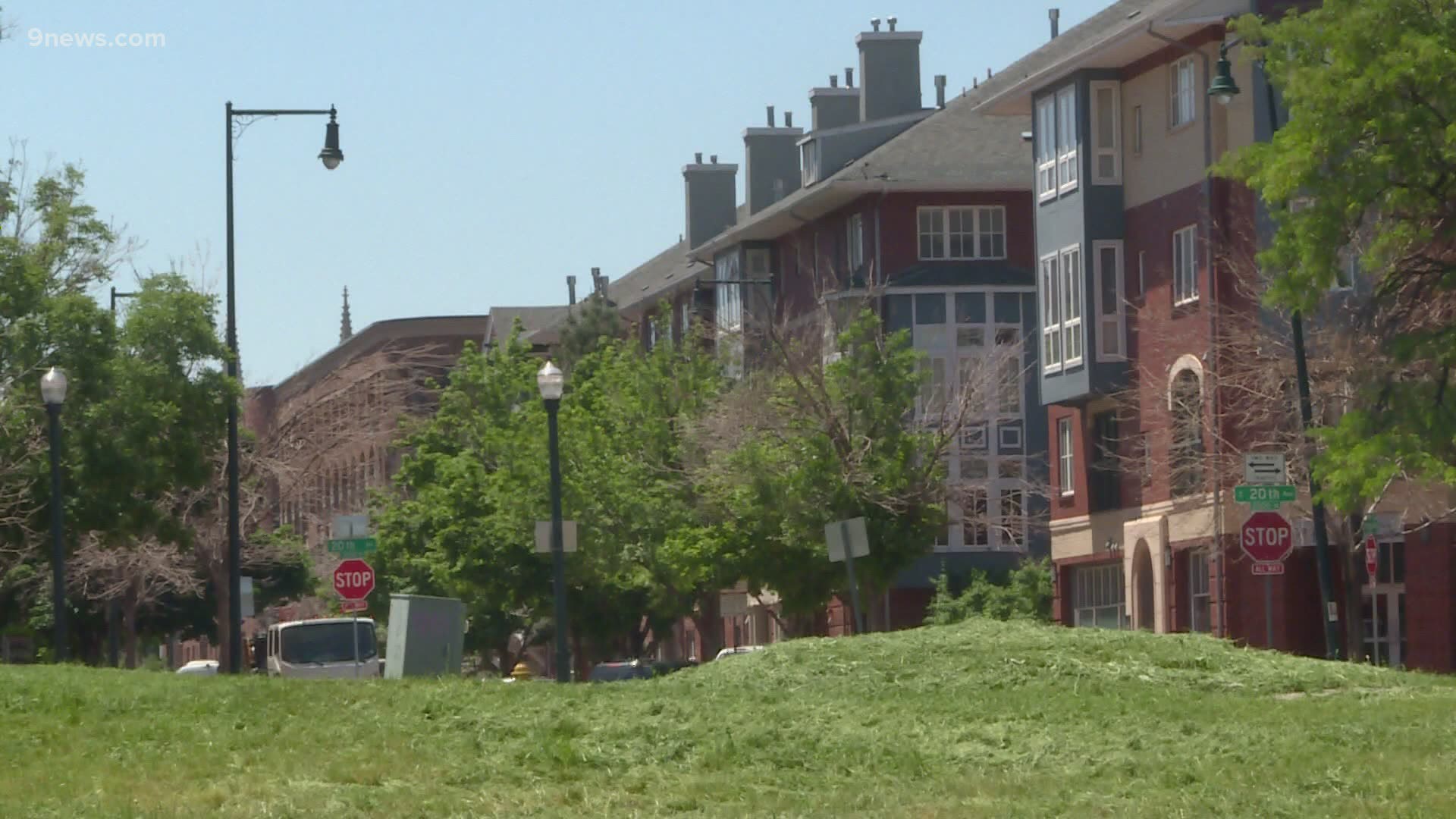 DENVER — While a federal eviction moratorium is set to expire at the end of June, a Senate bill that would impact some parts of the eviction process for renters is on the desk of Gov. Jared Polis and awaiting his signature.

Meanwhile this week, the Denver City Council approved a bill for an ordinance that creates access to free legal services to those facing eviction, though Mayor Michael Hancock has to sign off on it before it can go into effect.

As for Senate Bill 21-173, which concerns rights related to residential rental agreements, it would impact both tenants and landlords.

"This is incredibly significant for our clients," said Zach Neumann, co-founder and executive director of the COVID-19 Eviction Defense Project. "It keeps their housing in their grasp. It makes it easier to defend them in court."

What the bill would do

Among other things, SB 21-173 would give a tenant time to make up missed rent anytime until an eviction is finalized, rather than making up rent under a timeframe.

"A landlord who provides a tenant with proper notice of nonpayment shall accept payment of the tenant's full amount due according to the notice, as well as any rent due under the rental agreement, at any time until a court has ordered a writ of restitution;" the bill reads.

It also prohibits landlords from charging a late fee to a tenant for a late rent payment unless it's late by at least seven calendar days. And it caps those late fees at either up to $50 or 5% of the amount of late rent.

When it comes to eviction hearings, the bill allows renters at least a week (but not more than 10 days) to prepare for a hearing after they give a response to an eviction.

A landlord that commits a violation listed in the bill must pay a $50 penalty "to an aggrieved tenant for each violation."

You can read the full bill here.

How renters have fared so far

Several reports have been published over the past year describing how renters have been doing with making rent while experiencing the financial impacts of the pandemic.

According to the National Multifamily Housing Council, which tracks 11.7 million units of professionally managed apartment units across the country, 77% of apartment households made a full or partial June rent payment by June 6.

In comparison, by the end of the first week of May of this year, 81.6% of apartment households made a full or partial rent payment. However, the organization's most recent report notes that June 5 and 6 fell on a weekend and therefore might not be a direct comparison to last year’s figures.

By the end of May, 94.6% of apartment households made a full or partial rent payment.

In a February 9NEWS report, citing a report from the governor’s task force on eviction prevention, between 150,000 and 230,000 households in Colorado were at risk of being evicted.

Taking a look farther back at a U.S. Census survey from December, it showed that one in seven Coloradans was behind on rent.

Additionally, the Census survey results showed Black Coloradans were 6.6 times more likely to be behind on rent than their white counterparts.

'This bill levels the playing field'

Neumann said the passing of this bill is significant for his clients but he acknowledged that the assistance both on the state and federal levels, has helped prevent many evictions so far.

"We've been really fortunate with the policies that have been put in place," he said. "We had a state moratorium for a long time. We have a federal moratorium that's still in effect. We have unprecedented rental assistance. And so to a large extent, these policies have kept Coloradans housed, but they've been hard-fought, and it's taken advocates at the national level and across Colorado to kind of keep them in place. I think we're all nervous about what happens when the eviction moratorium expires on June 30."

However, he said that the bill, if signed, would help the cases for many facing potential evictions.

Neumann put an emphasis on the way the late fees are handled in the bill.

"It also means that if they're three or four days late paying the rent, payment isn't totally out of reach," he said. "They can catch up. They can make the payment, and they can keep their housing, and that's really significant. The public sector bears just enormous costs when people get evicted. And so I think this is a win for everybody."

He credited the combined effort of faith groups, community groups, lawmakers and more for the bill making it as far as it has.

On the other end of this bill, landlords could see some impacts.

"The important thing is anything that lengthens the process for a property owner to get their property back at the end of the lease or when there's been a default, has a negative effect on someone's willingness to loan the property in the first place," said Drew Hamrick, the Colorado Apartments Association's (CAA) senior vice president of government affairs.

The association has about 3,200 owner members, which represents around 345,000 rental units across the state, making up about 75% of the market, Hamrick said.

He explained that while the bill might not catastrophically extend the eviction process for a housing provider, and tenants and landlords have worked well together during the peaks of the pandemic, the bill might still leave an impact.

"It's the last resort item for a property owner because you're not getting paid rent during that period of time," he said. "And the only way you make money as a housing provider is to have someone in the unit and paying you rent. You don't make any money on an empty unit.

"So an eviction is a very, very expensive process," he said. "This bill does lengthen that process, some not catastrophically, but it will take a property owner longer to get their property back under this bill."

He added that it might become difficult, especially for those housing providers who have a hard time qualifying for credit.

"If you're leasing a piece of property and you can get it back quickly, you can take a chance on leasing it to someone that doesn't have a proven ability to pay or is a bit of a credit risk," he said. "The longer the process takes, the harder it is to take those chances. So for people that have a hard time qualifying for credit, it will be harder to run a property because of this bill."

Hamrick also said the impact that eviction processes have on a larger property as a whole, such as an apartment complex, ends up hitting the tenants who are paying their rent on time.

"And that's always the unintended consequence of this type of legislation, is you end up increasing the cost of housing for most of us in order to help out a very small percentage," he said.

The Colorado Landlords Association, which opposes this bill, said the bill could make it more difficult for landlords to get rent payments on time to pay their mortgages and other expenses.

"We are not Monopoly men with unlimited resources," said William Bronchick, president of the Colorado Landlords Association, in a statement via email. "We are mostly small operators.

"... This new law allows a tenant to pay back rent all the way up until the time a court issues an order. Thus, a tenant could have multiple, very late monthly payments that lead to eviction filings that don't get reported for future landlords to see," he said in part. "It's been financially difficult on small landlords who have mortgage companies who expect their payment every month. Other than a small pittance from the city, there are no 'rescue' programs for landlords."

Overall, Hamrick, with the CAA, recommended that people take advantage of financial assistance, if needed, to make rent payments, and to be transparent with their landlord.

"So for folks that are in this predicament, again, get involved early and be proactive with maneuvering through those assistance programs because they're there and they provide a great deal of assistance when it's necessary," he said.

For a list of resources for renters as the eviction moratorium gets closer to being lifted on June 30, click here.

RELATED: Here are resources for renters as the federal moratorium on evictions is set to expire June 30