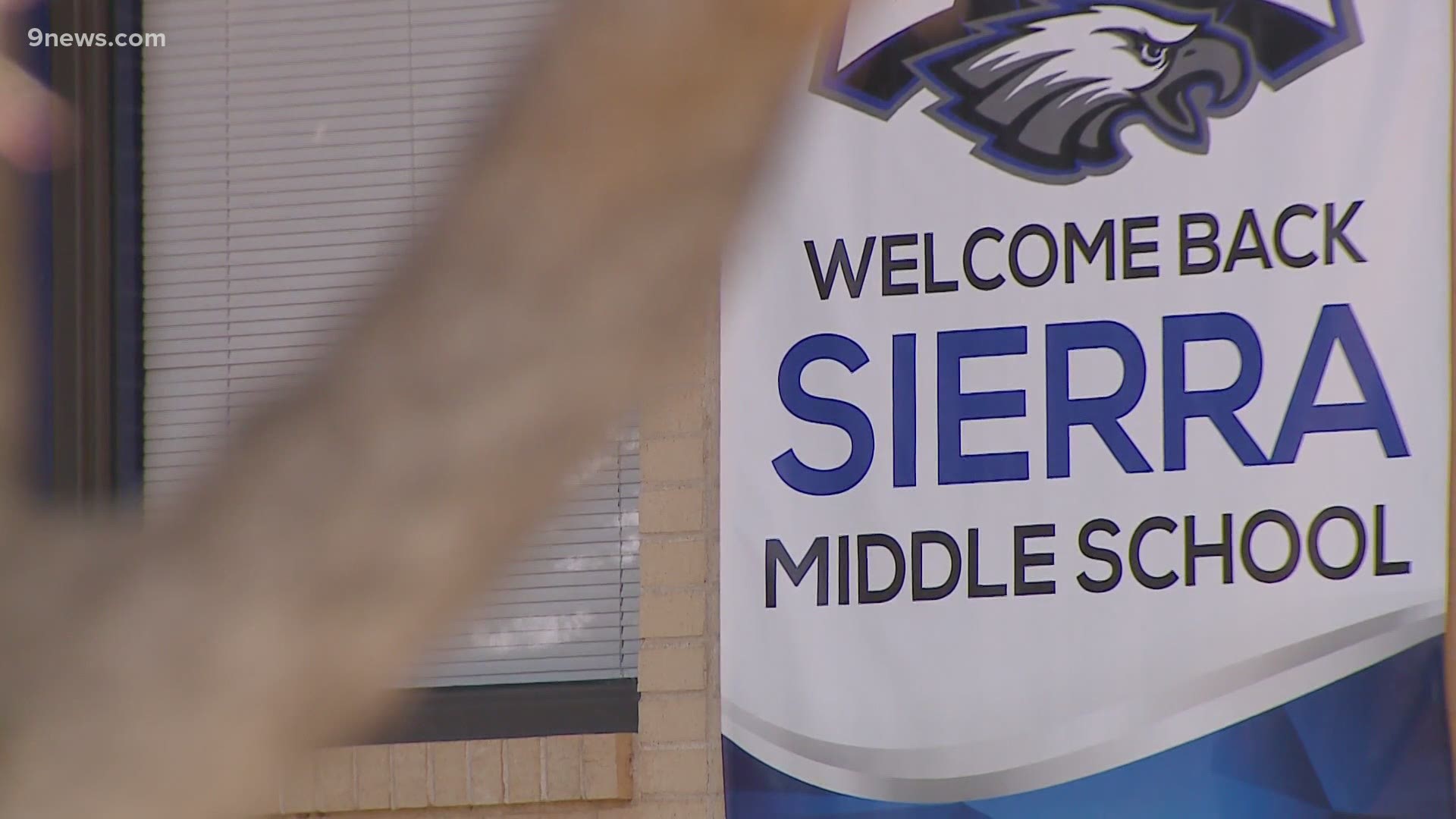 DENVER — Gov. Jared Polis (D-Colo.) gave an update on the state's response to COVID-19 and vaccination efforts on Tuesday.

While cases are increasing at a slower rate compared to previous weeks, Polis expressed concern over the continued upward trajectory of cases and hospitalization rates as the state had over 600 COVID patients in the hospital for the first time in months.

Polis was joined by Dr. Rachel Herlihy, state epidemiologist for the Colorado Department of Public Health and Environment (CDPHE), who presented data showing cases were spiking quickly among younger children, particularly between the ages of 11 and 17.

Polis said that while school-associated outbreaks are a factor, he believes a much bigger factor is vaccinated parents resuming social activities with their unvaccinated children.

Polis did announce that Colorado Children's Hospital will be focusing on getting children ages 16 and 17 vaccinated, along with children ages 12 to 15 once at least one vaccine is approved for that age group.

Vaccinations will be available at the Aurora and Colorado Springs hospitals.

Herlihy looked at the state's 10 more populous counties and research shows that the two with the highest rates, El Paso and Pueblo counties, had the lowest vaccination rates.

Meanwhile, COVID case rates are much lower in Denver, Boulder and Jefferson county where the vaccination rates are the highest among the ten largest Colorado counties.

Nearly 60% of Denver County residents are vaccinated, which has the lowest case rate among the top ten with less than 150 cases per 100,000 residents over the past seven days.

In Boulder County, nearly 65% of residents are vaccinated, and it's averaging just over 150 cases per 100,000 residents over the past seven days.

Nearly 65% of Jefferson County residents are vaccinated, and it's averaging under 200 cases per 100,000 residents over the past seven days.

Overall, Polis said that counties won't reach herd immunity until 70% or 80% of the residents are vaccinated.

Polis announced that anyone who wants a vaccine can now get one without an appointment at all six mass vaccination sites around the state.

He urged anyone who needs a ride to get a vaccination to call 211 to schedule transportation.

RELATED: 37% of Coloradans immune to COVID, but hospitalizations spiking among unvaccinated

CDPHE officials said on Thursday that more than a third of residents are considered immune to COVID, but hospitalizations have been spiking among the unvaccinated population.

CDPHE Chief Medical Officer Dr. Eric France said that more than half of eligible Coloradans have received at least one vaccine dose, and 37% are considered fully immune.

According to recent data, CDPHE estimates the vaccinated population is roughly 93% less likely to be counted as a positive COVID case.

However, there is still cause for concern as hospitalizations increase at a dramatic rate. France said they have increased more than 75% over the past three weeks, with the majority of cases coming from the unvaccinated population between the ages of 40 and 60.

"I think it’s a disappointment to see cases going up and hospitalizations going up knowing that this is happening among the unvaccinated," France said. "At a time when we have the supply and we have a very effective vaccine at our fingers."

France also said that the state is moving toward a slowdown of vaccinations in the state due to hesitancy among some remaining unvaccinated populations.

RELATED: 'Supply no longer limiting factor': Convincing skeptics to get the COVID-19 vaccine

It’s easier to get a vaccine today than at any other time in the pandemic. For the first time since the pandemic began, the supply of vaccines is beginning to outpace the number of people signing up for appointments.

"I would definitely say that supply is no longer the limiting factor for us," said Jennifer Davis, System Director of Pharmacy Services for SCL Health. "The limiting factor is getting people to the places where they can get the vaccine and making sure everyone is excited about getting the vaccine.

"Because so many people have already been vaccinated, we do have open appointments really widely across the state."