In a 5-4 ruling, the court ruled against the Trump Administration, which claimed the eight-year-old program was illegal. 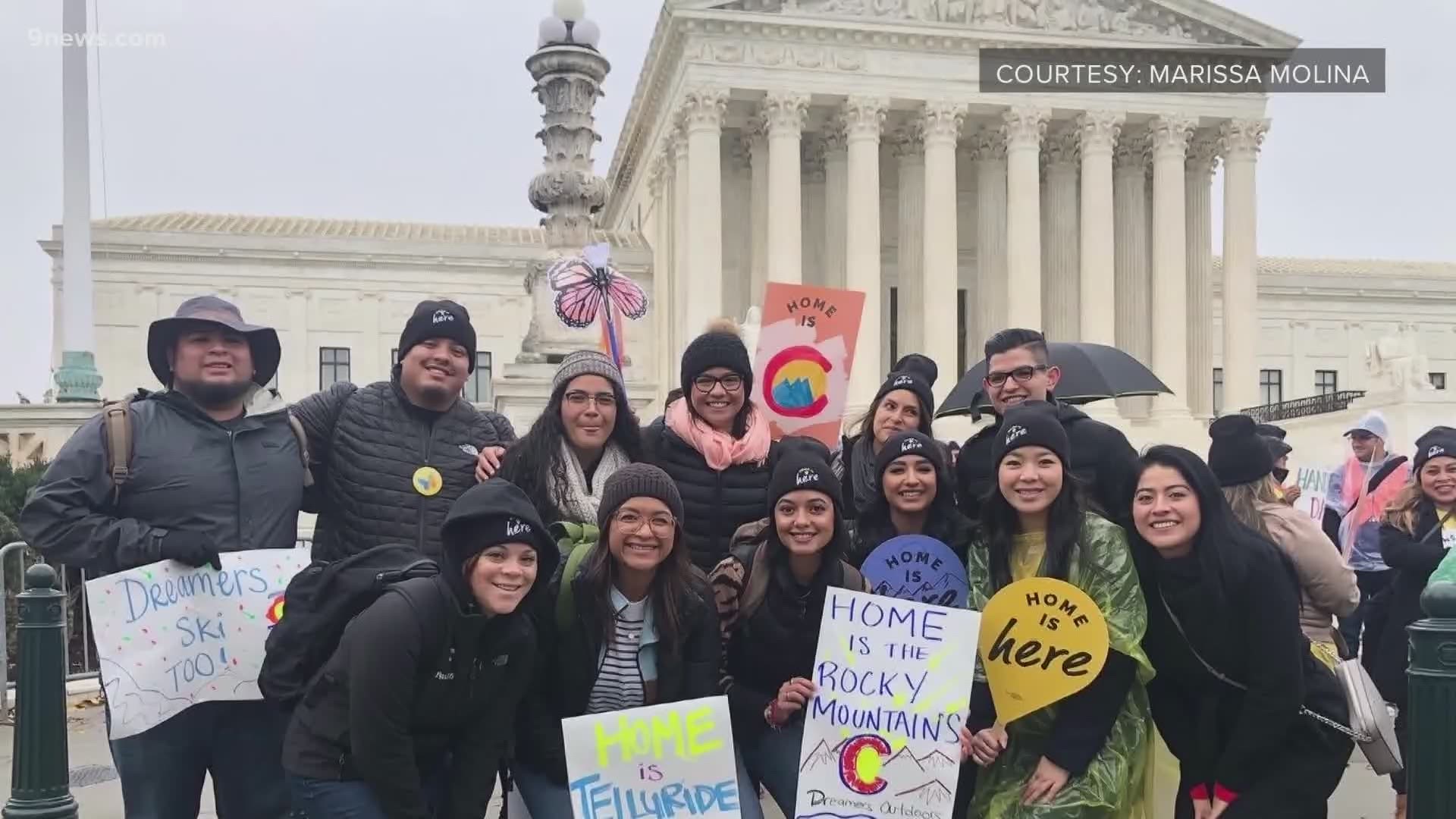 DENVER — Colorado Dreamers expressed everything from relief to outright celebration Thursday after the Supreme Court ruled to continue the Deferred Action for Childhood Arrivals (DACA) Program.

President Trump has called the program illegal, but the Supreme Court ruled 5-4 that the federal government failed to give an adequate justification for ending DACA.

The nation's highest court also rejected the claim that the eight-year-old program is illegal and that courts have no role to play in reviewing the decision to end it. The decision returns DACA to its initial form and reopens the program to new applicants.

"Honestly, I'm still in shock," said 23-year-old Fryda Faugier Ferreira, a Denver resident since she was 1-year-old. "I can't believe that this is reality. It feels surreal to me to know that we got a positive decision because for so long we’ve been preparing for the worst."

"I'm undocumented and unafraid, clear and unashamed," said Tania Chairez in a virtual press conference Thursday held by The Colorado Immigrant Rights Coalition. "I fully expected our Supreme Court to uphold this decision to terminate DACA. Yet the complete opposite is what I read. I realized how shocked I was and how overwhelming it was to receive positive news when you're expecting the worst."

While Colorado Dreamers are elated with the victory, many are still hesitant because the program is a temporary fix to an ongoing problem.

"Dreamers are still in limbo," said Arash Jahanian, the director of policy and civil rights litigation at The Meyer Law Offices in Denver. "The Trump administration could go back and do the same thing it did before and just provide more adequate reasoning. And so their fate is still in the hands of a very hostile administration," he said.

"We do need a more permanent solution. We need a legislative solution," Jahanian said. "A solution and law that can't just be up to the whims of the president in office."

The Supreme Court's decision doesn't defend the DACA program. It simply says that the president's justification for ending DACA was insufficient.

“We do not decide whether DACA or its rescission are sound policies,“ Chief Justice John Roberts wrote. “We address only whether the agency complied with the procedural requirement that it provide a reasoned explanation for its action. Here the agency failed to consider the conspicuous issues of whether to retain forbearance and what if anything to do about the hardship to DACA recipients.”

The Department of Homeland Security can try again, he wrote.

The court’s four conservative justices dissented. Justice Clarence Thomas, in a dissent joined by Justices Samuel Alito and Neil Gorsuch, wrote that DACA was illegal from the moment it was created under the Obama administration in 2012.

Justice Brett Kavanaugh wrote in a separate dissent that he was satisfied that the administration acted appropriately in trying to end the program.

"This is huge news for people that will continue to be protected from being deported especially during COVID-19," said Attorney Christina Uribe Reyes.

"We still need Congress to do their job. This does not say DACA cannot be rescinded. This also means that the program's future is uncertain," she said. "We need a path to citizenship for DACA and those that were not protected in the first place."

Republican Senator Cory Gardner agreed on Twitter, saying more needs to be done. Gardner also said he will "continue to work across the aisle to deliver certainty for Dreamers in a way the Court cannot."