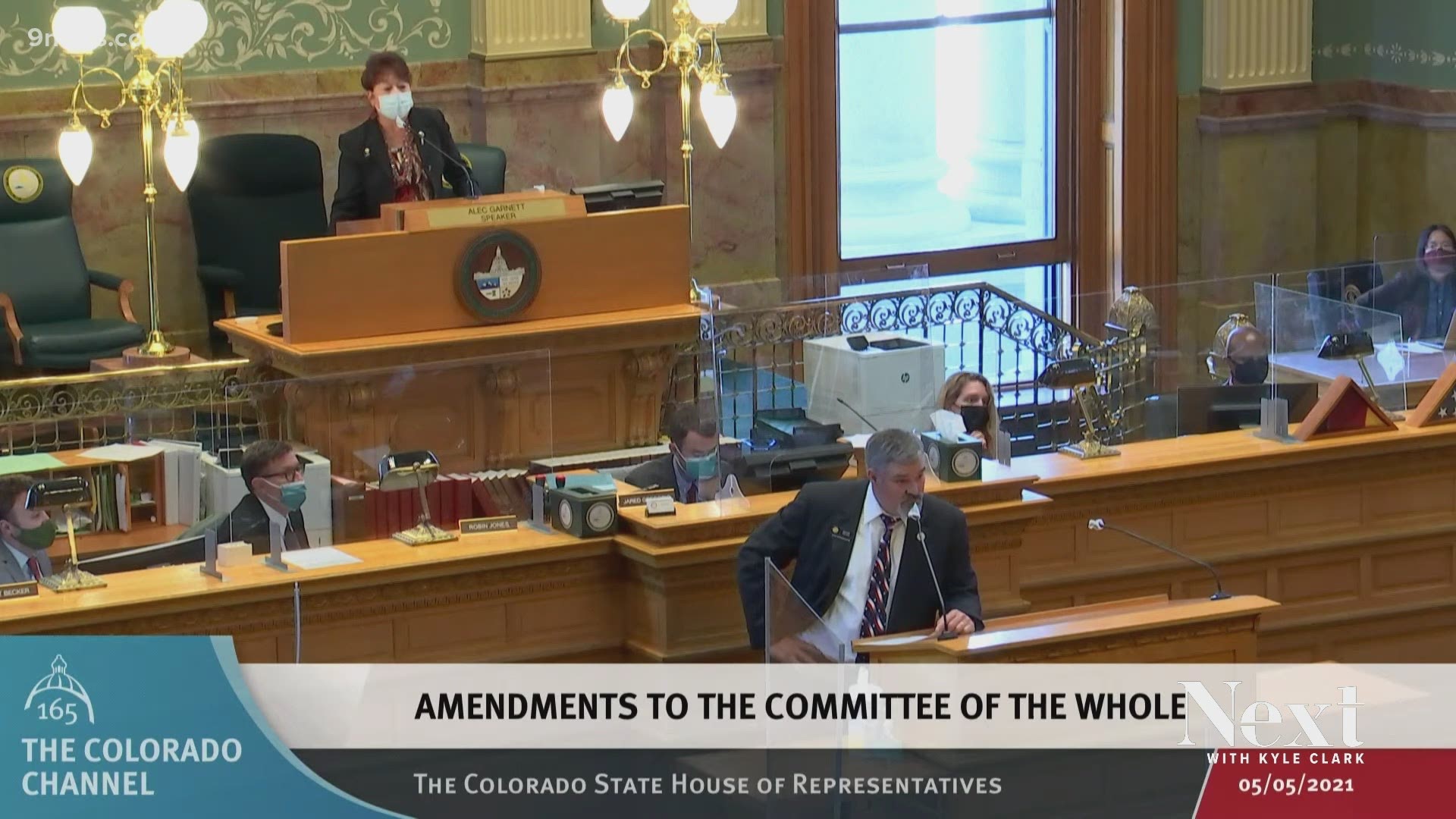 DENVER — A Republican lawmaker in Colorado was reprimanded Thursday after calling a colleague “Buckwheat” during debate on legislation — a racist term that provoked outcry from Democrats at a time when America is confronting its history of discrimination.

It wasn't clear who state Rep. Richard Holtorf was directing the remarks to Wednesday during debate on a stimulus measure. Holtorf, who is white, quickly said he was using the word as a “term of endearment,” furthering angering Democrats, before he apologized.

A lawmaker shouted at Holtorf, and his remarks provoked a temporary break in legislative business. Democratic Rep. Leslie Herod, who is Black, rushed to the podium to confront him. Video of the remarks spread widely on social media.

RELATED: Tempers flare in Colorado House, again, and over comments from Rep. Richard Holtorf of Akron

Buckwheat was a Black child character in the “Our Gang” or “Little Rascals,” serials of the 1930s, and is widely considered a racial stereotype. Holtorf told The Colorado Sun that he wasn't aware of the racial connotations of the term.

Democratic House Speaker Alec Garnett told a silent chamber on Thursday that he’d had a long conversation with Holtorf and with lawmakers who were offended by the remarks.

“I’m thankful you agree to do your part to reset the decorum of this session,” Garnett told Holtorf before declaring that “discriminatory remarks, whether intentionally launched or carelessly said, have absolutely no place in this House.”

“Yesterday, the decorum of this institution was grossly breached,” Garnett said. “I'm sorry to say this is not the first time this session, but I’m speaking today to make sure it is the last.”

A chastened Holtorf apologized again from the podium Thursday but didn't didn't directly refer to his comments.

“I hope you all understand that I see all of you as my brothers and sisters, all created by God and all equal,” Holtorf said. “You all have my sincerest apologies.”

Holtorf was appointed to represent a district in the Eastern Plains when Republican Rep. Kimmi Lewis died of cancer in 2019. He was elected outright last year.

In February, Holtorf clashed with Rep. Tom Sullivan, a suburban Denver Democrat and gun control advocate who was speaking about the loss of his son, Alex, in the Aurora movie theater shooting in 2012 that left 11 others dead.

“You have to let it go,” Holtorf told Sullivan at the time. 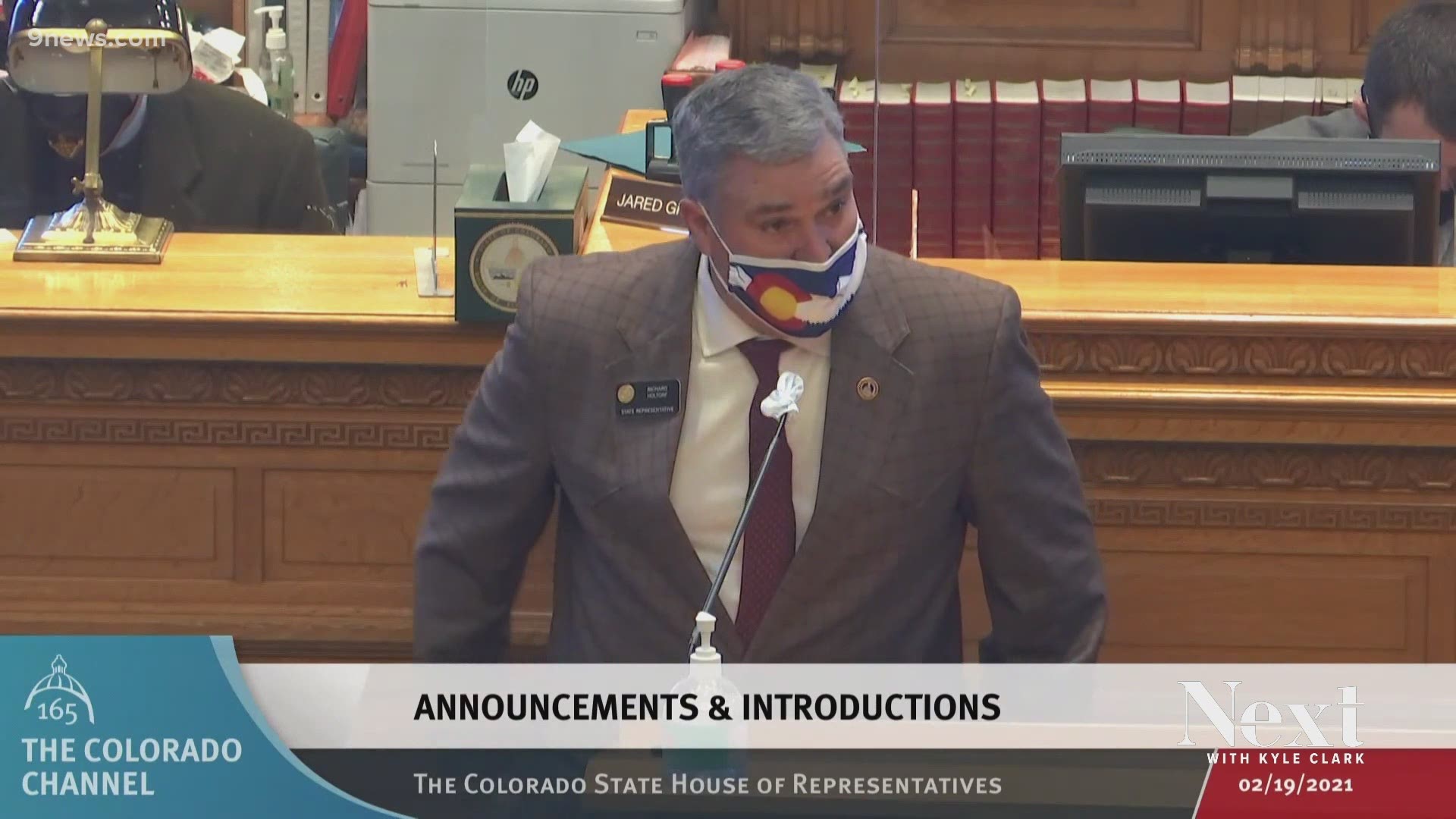 Sullivan shouted at Holtorf when he made his remarks Wednesday.

“Words matter. (FULL STOP),” Sullivan tweeted Wednesday. “We MUST NOT accept the use of racist language.”

Herod, the Black lawmaker who confronted Holtorf, is a rising star among Colorado Democrats and has long fought racial injustice.

“This is what I have to deal with Every. Damn. Day.," she tweeted.

In April, Democrats in the Colorado House criticized another Republican lawmaker for making a joke about lynching before saying an 18th century clause in the U.S. Constitution designating a slave as three-fifths of a person “was not impugning anybody’s humanity.” The lawmaker, Rep. Ron Hanks, who is white, said his comments were misconstrued and that his point “was to kind of talk about the Three-Fifths Compromise of 1787, not 2021.”

He made his remarks during debate on a civics education bill.