“The breeding life of a dog spends its entire life in a cage and is bred continuously until it’s exhausted and can’t breed anymore.” 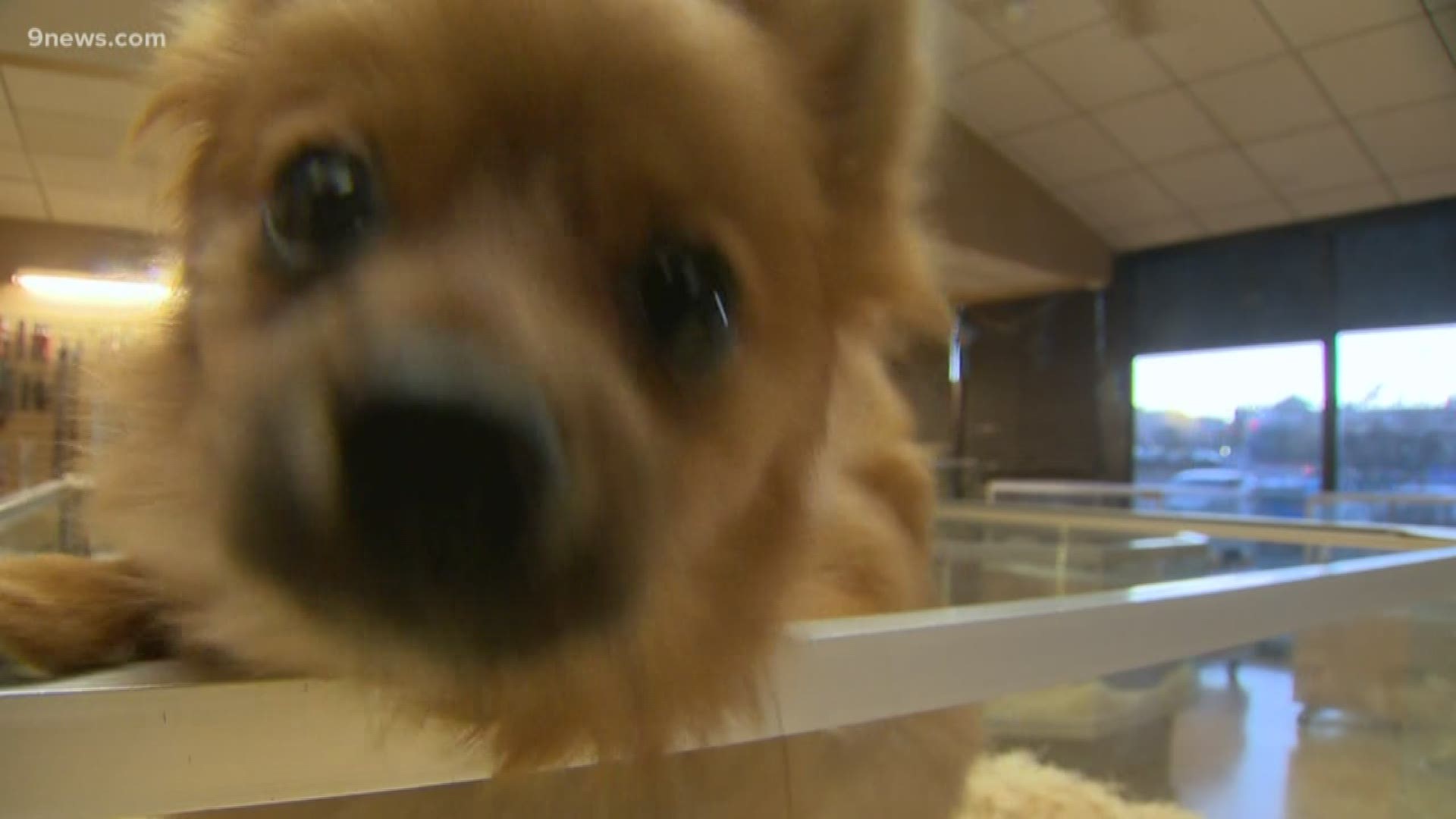 CENTENNIAL, Colo. — When customers walk into Perfect Pets in Centennial, they’re immediately greeted by dozens of puppies, clamoring up the walls of their pens lined with hay, doe-eyed, begging for a pat.

On Monday evening, teenagers strolled the store just for some puppy love. A couple contemplated becoming dog parents. And Jens Larsen, the loud, passionate, shop owner, moves from pen to pen showing off how happy and well-kept the animals are.

“Besides all of our breeders being licensed and inspected, they also make sure all of our puppies are vet checked before we get them,” said Larsen, explaining where his animals come from. “They also make sure that the puppies have vaccines and are up to date on their shots and deworming.”

His animals come mainly from breeders out of state that Larsen insists operate humanely and ethically. But First Gentleman Marlon Reis, an animal welfare advocate, and Rep. Monica Duran, D-Wheat Ridge, say all animals in pet stores come from puppy mills. That’s why they drafted legislation that would create stricter standards for cat and dog breeders and prevent the retail sale of animals.

“The breeding life of a dog spends its entire life in a cage and is bred continuously until it’s exhausted and can’t breed anymore,” said Duran at an event full of bill supporters on Monday night. “Then it’s just discarded. They don’t get vet checks, they don’t get exercise. They’re abused. And this is how puppies are coming to pet stores.”

Puppy mills are known for putting profit over animal welfare, over-breeding animals and keeping them in confined, unsanitary spaces. It’s led to illnesses in some animals sold in stores.

RELATED: She gave birth to 150 puppies then was discarded. How Victoria's story could stop puppy mills

“I’ve been doing this, over 35 years. If I sold so many sick dogs, why would I still be in business?” asked Larsen, who claims to only have had two animals die shortly after selling them.

The alternative for people interested in getting a pet will be to purchase a purebred animal from an AKC breeder or to adopt from a rescue.

“I could have adopted a lot of kids in the world that need me but, I chose to have my own because I think that the puppies that we sell don’t come with a lot of the baggage that some of the rescue and shelter dogs come with,” said Larsen.

Duran said she doesn’t want to see anyone lose their business but that shops like Perfect Pets will have to adapt.

“There have been other pet stores who have stopped selling puppies and kittens from puppy mills but they’ve kind of expanded. They offer grooming, they’ve got pet supplies, they’ve got food, so they’re changing with the times,” she said.

“That’s not my niche. My niche is selling cute little eight-week-old friendly puppies.”

California, Maryland and Maine have already passed similar legislation. Several Colorado cities have, too. Larsen plans to fight the measure as it moves through the legislature.