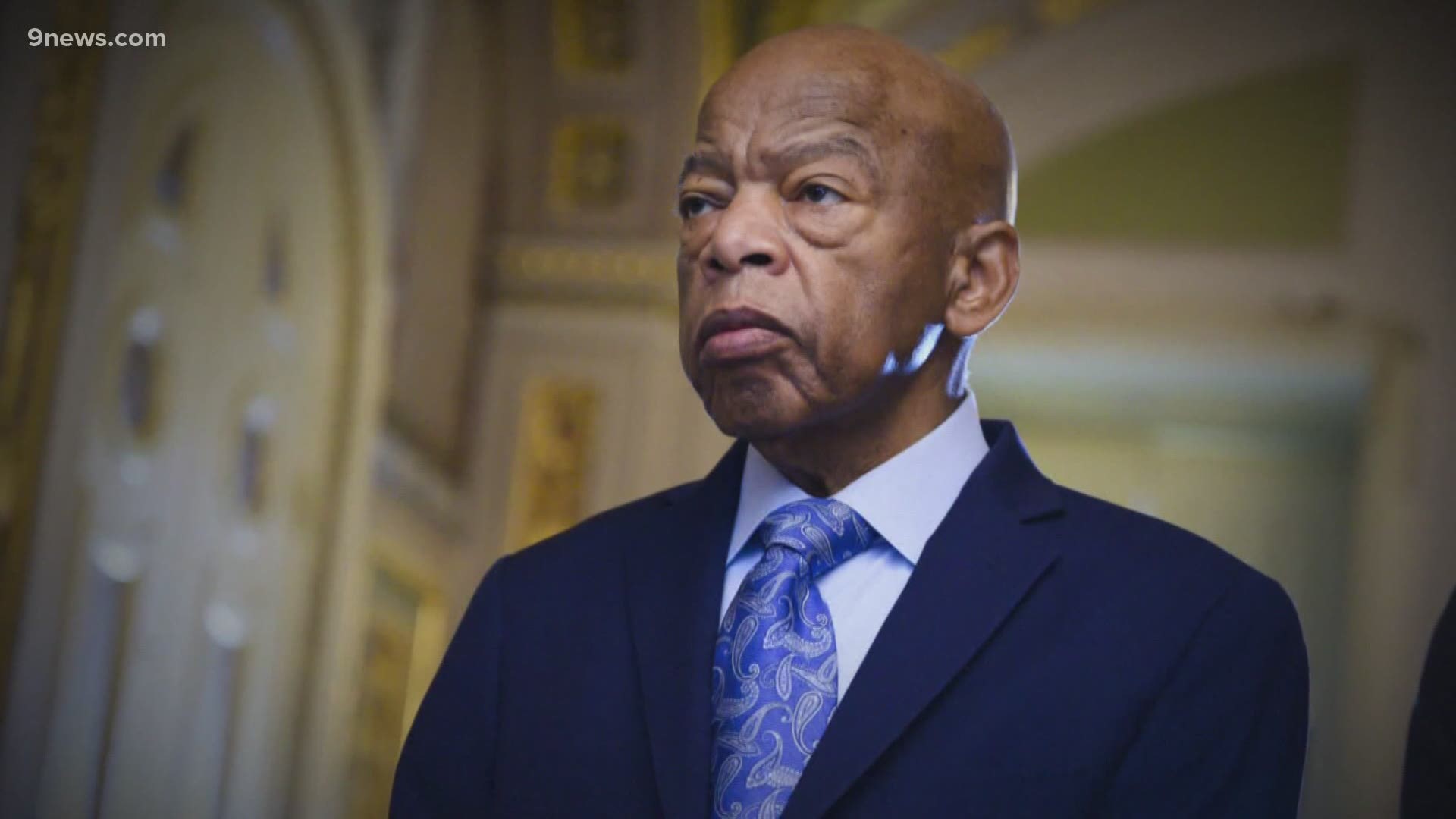 Lewis, an icon of the civil rights movement who helped organize the 1963 March on Washington and became a 17-term United States congressman, died on Friday. He was 80.

Many Colorado leaders paid tribute to Lewis after his passing.

Polis wrote on Twitter that "one of the honors of my life was working alongside civil rights hero John Lewis. An exceptional leader and fighter for the American Dream."

A giant in civil rights and throughout the nation! John Lewis challenged all of us to choose love over hate and courage over fear. He was a hero in my eyes. I, along with several generations of people, stand firmly on his shoulders. Rest In Peace, leader! Job well done! pic.twitter.com/AlxvXbf7Ao

State Sen. Rhonda Fields wrote on Twitter: "We have lost a heroes' Hero. Thank you God for John Lewis's life of service. Let us continue to honor his legacy, fighting on the path of 'good trouble.' Sir, I am because of you."

U.S. Sen. Cory Gardner wrote that Lewis was "a giant among us and a powerful force for good. I was fortunate to serve with him in the US House and I know his legacy will inspire future generations. Jaime and I send our prayers and condolences to his loved ones as the country reflects on his legacy."

U.S. Sen. Michael Bennet wrote: "For 30 years, John Lewis continued to lead with moral courage in the House, where he was the conscience of Congress. His life is a reminder that nothing worth fighting for comes without 'good trouble.' He will be sorely missed. My thoughts are with his family today."

Below are more tributes from Colorado leaders:

“If you see something that is not right, not fair, not just, you have a moral obligation to do something about it.”

Thank you John Lewis — for your moral courage, your incredible sacrifices, and for paving the way for so many.

We love you. And we miss you.

With the death of #JohnLewis, our country lost a giant, a hero, a champion for all things good. My heartfelt condolences go out to his family. Let us carry his legacy forward as we continue the fight for equality and justice for all.

Last night, we lost an American hero who fought relentlessly for justice and equality for all.

God bless John Lewis, may he Rest In Peace.https://t.co/vNRJVj3xQL

There will never be another living soul like John Lewis. He was a freedom fighter & an icon of civil rights and civility. He taught us to “never become weary” & to always make “good trouble.” His death is a great loss but his life will inspire forever. Rest in Power, Congressman.