President Trump's statement to the extremist group to "stand back and stand by" puts national focus on an organization that denies white supremacy ties. 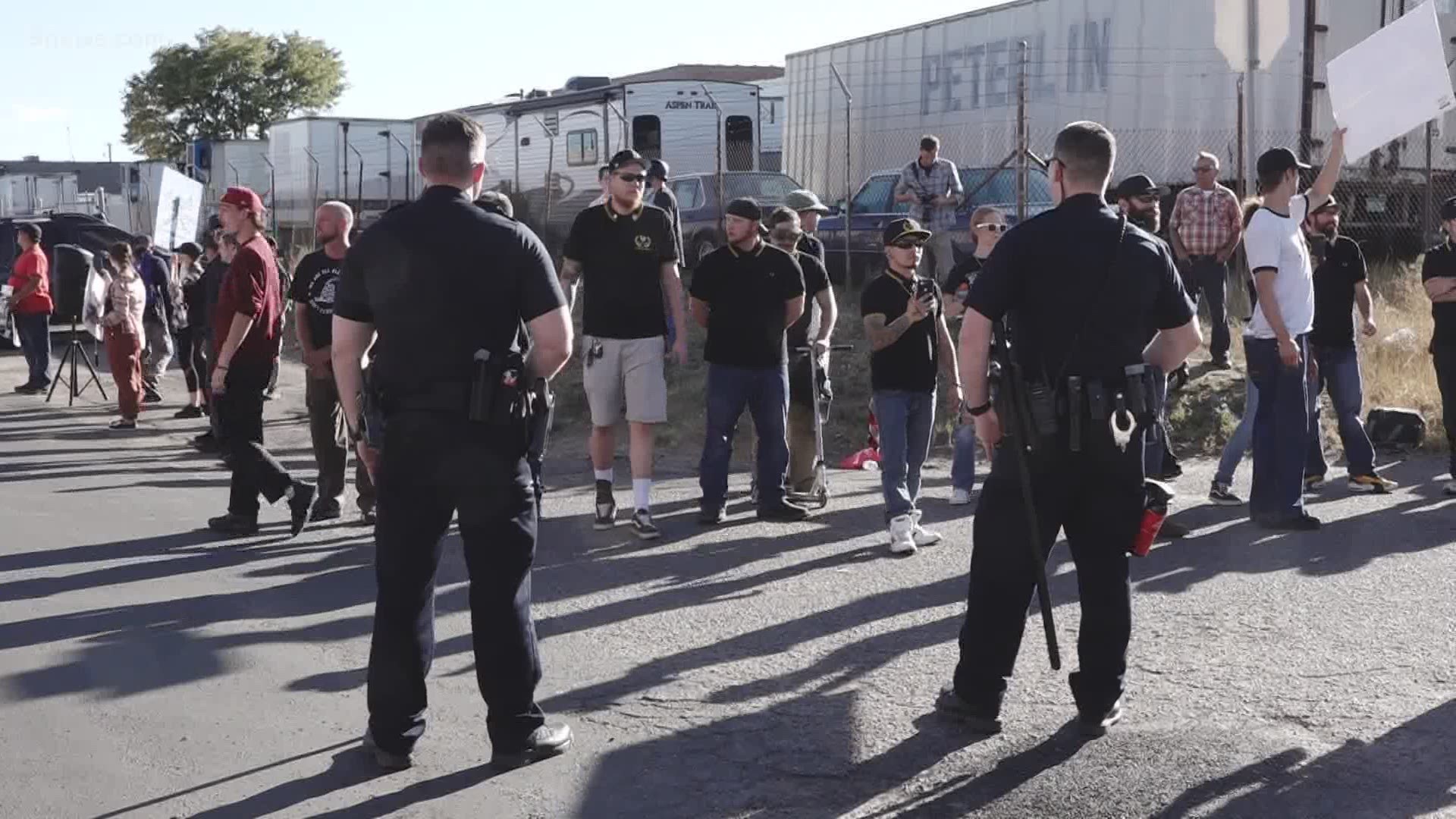 DENVER — The far-right extremist group the Proud Boys publicly claim they are not white supremacists, however local members in Denver have been seen at protests with known neo-Nazis.

> The video above aired in February and features a panel that gathered to talk about extremism and its dangers.

The investigation included images of local Proud Boys posing in photos with local neo-Nazis during a protest at a drag queen event at Mile High Comics.

Cordova pleaded guilty to a hate crime in Denver after vandalizing a local book store during a drag queen story time. At the time of his arrest, police said in their report Cordova had stickers belonging to the white supremacists group Patriot Front in his backpack.

The Anti-Defamation League, which characterizes the group as “alt lite,” says on its website the Proud Boy organization tends to attract racist behavior while vehemently denying it's a white supremacy group.

“They really bear more the hallmarks of a street gang," said Jeremy Shaver, a regional director with the ADL in Colorado. "They have their members go through initiation rituals. Some of their members are prone to violent activity.”

Shaver estimates there are a few dozen active Proud Boys in Colorado among hundreds of members across the country. 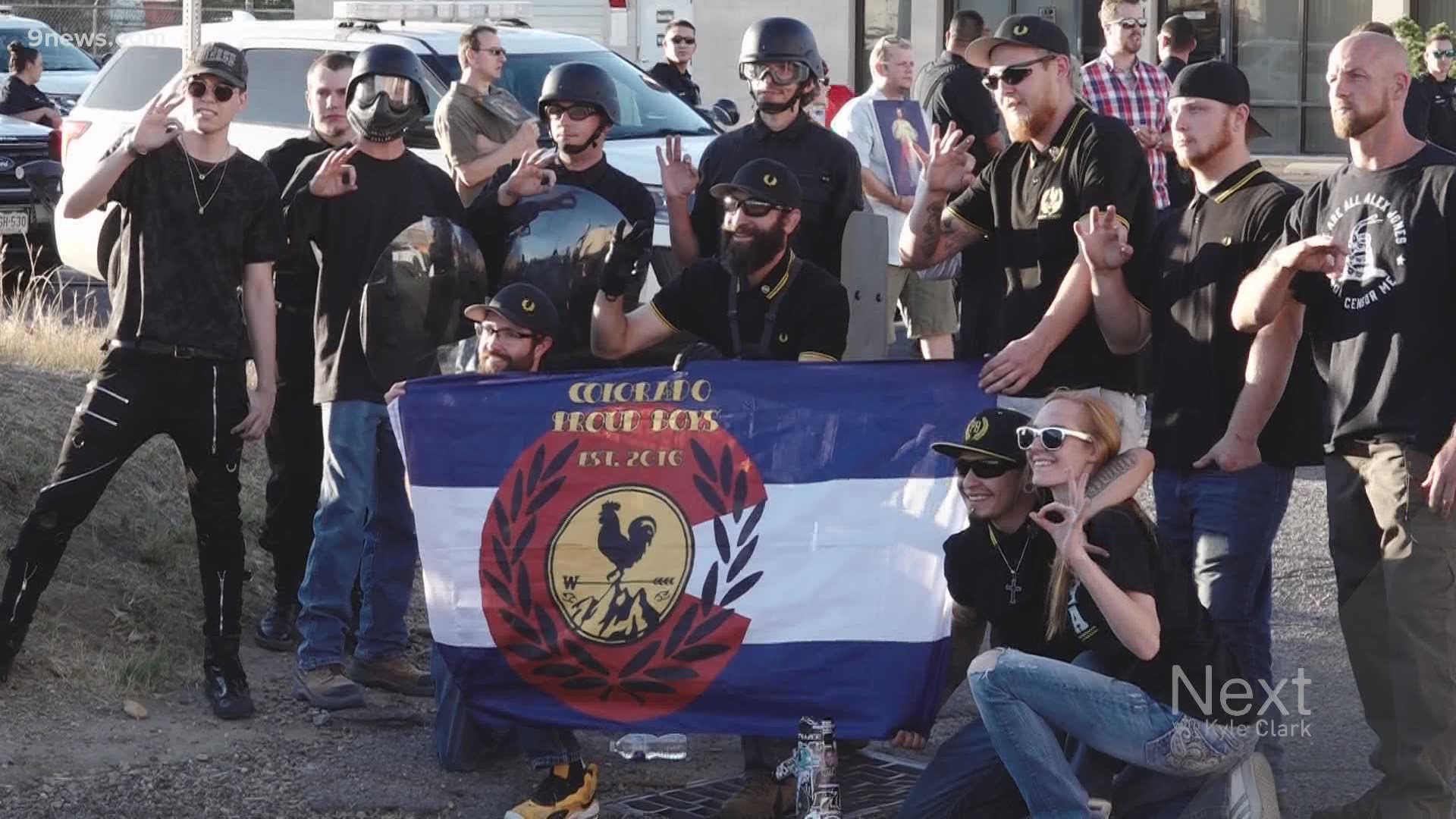 Gavin McGinnis established Proud Boys in 2016. McGinnis filed a defamation suit against the SPLC in February 2019 for its hate group classification.

RELATED: Who are the Proud Boys? | Extremist group mentioned during presidential debate

Today, members of the group claim they are a “fraternal organization” while embracing a pro-western chauvinist identity.

“....all those types of groups concern me, whether it’s far right, far left," Robinson said. "We don't have any room in the country or this city for anything far. We need folks to come together.

He did not specifically discuss the local Proud Boys.

After not denouncing white supremacy during Tuesday's debate and telling the Proud Boys "stand back and stand by," President Donald Trump responded to reporters on Wednesday with claims he didn't know about the group.

"I don't know who the Proud Boys are," Trump said. "You'll have to give me a definition. All I can say is they have to stand down, let law enforcement do their work."

RELATED: Trump to far-right extremists: 'Stand back and stand by'