The changes to the 2nd and 3rd Congressional Districts could put Republican Rep. Lauren Boebert in a race against Democratic Rep. Joe Neguse. 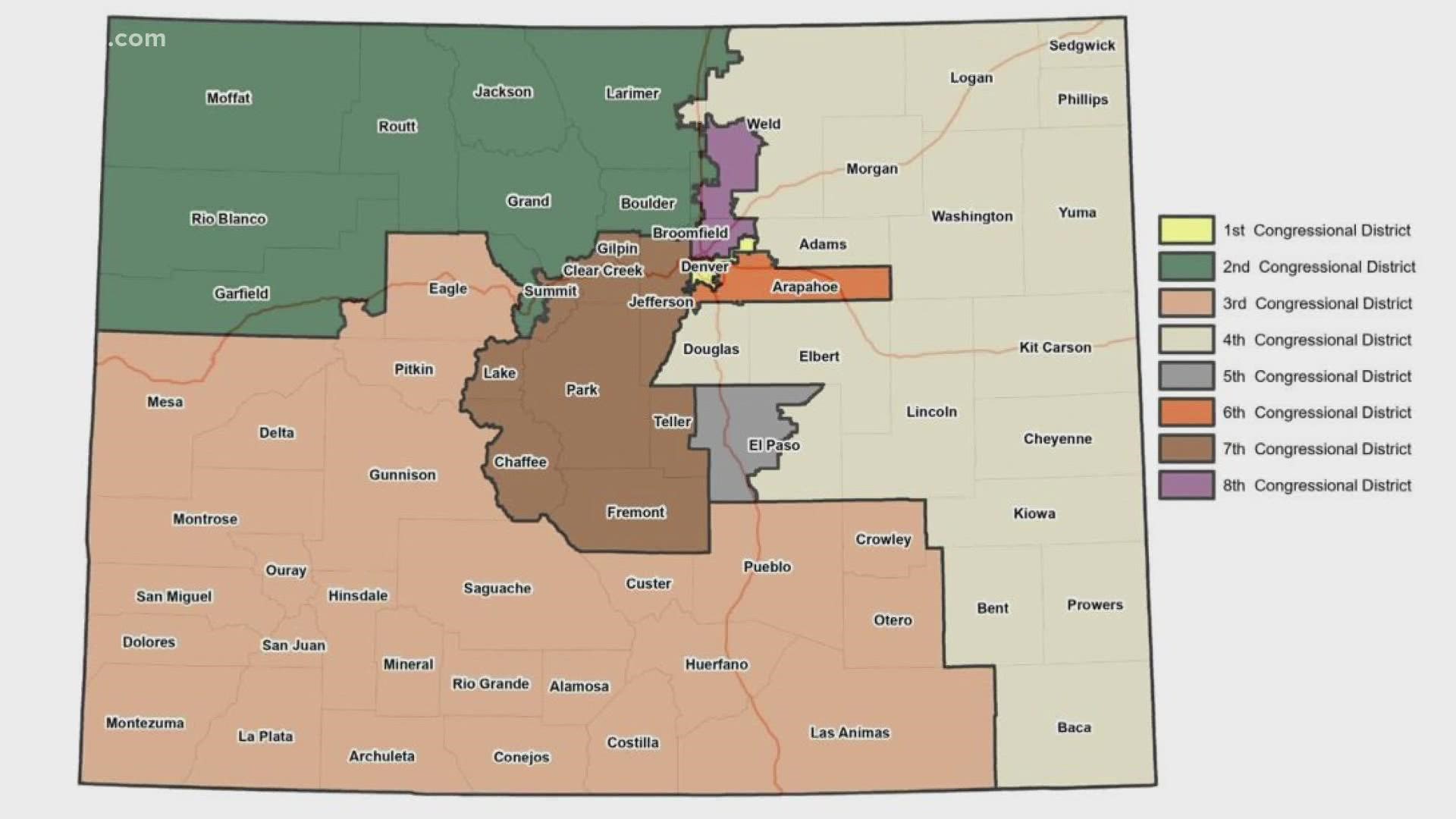 The most notable changes are in the 2nd and 3rd Congressional Districts. In the new proposed map, the 2nd District now extends from Boulder and Larimer counties to Moffat and Garfield.

The changes to the 2nd and 3rd Congressional Districts could put Republican Rep. Lauren Boebert in a race against Democratic Rep. Joe Neguse.

Another difference is in the state's new proposed 8th District, which shifted slightly north from the preliminary proposal.

In the first map, lines around the 8th District were drawn to include Adams, Boulder, Broomfield, Jefferson and Weld counties. This was one of the concerns Latino organizations had with the commissioners' first map.

"The population of Latinos in that part of the state has grown really quickly, but the initial maps was carving them up," said Mike Cortes, executive director for CLLARO.

"We’re not seeing our communities being divided by district lines as much as they were initially," he said. "We’re very pleased about that."

The 8th District has the highest percentage (38%) of Hispanic residents among all proposed districts.

"The commissioners in the independent commission itself have really drawn this new 8th Congressional District to address this issue of Latino representation," Preuhs said. "The most recent map certainly suggests that there’s a strong possibility that both through the Democratic and potentially through the Republican primaries you’ll see Latino candidates emerge as general election nominees."

If the most recent map holds, Preuhs said keeping Pueblo in the 3rd District could add Democratic support, which has the potential to create a tighter race.

"Lots of things can go on between now and November 2022, but numbers as they stand probably give the Democrats maybe a 5-3 advantage," Preuhs said.

Here's how the map is drawn out from a voter registration standpoint:

Monday the Colorado Independent Redistricting Commission was presented the map for the first time.

A lot of the focus is on where Colorado’s newest congressional district will fit into the state. Commission staff members said they’ve received positive feedback on how it was mapped out in the first map and tried to keep it similar in the second.

That’s about all that looks similar between the first and second versions of the redistricting map, and commissioners took notice.

Back in June the first version of the map divided the state in a east west direction. The map presented Monday adds a large southern district of the state, expanding the second congressional district and putting Rep. Neguse and Rep. Boebert together.

The commission staff in charge of making this new map say they've already gotten feedback from people in the northwest part of the state that say they don't like the layout that now includes them with towns like Boulder as well as people from Fort Collins who aren't pleased with their new district. That puts one of the most conservative parts of the state in the same district as one of the most liberal, while Fort Collins moves to a district that includes the eastern plains.

"To have a southern district, you’re going to have to put the northwestern part of the state in with some population centers some place," Non-partisan staff with the Colorado Independent Redistricting Commission.

The congressional commission must approve the final plan by September 28.

The congressional redistricting map must be approved by the Colorado Supreme Court by December 15.