The commission can still debate other map proposals. If by Tuesday they can't agree on one, this map will be submitted to the Colorado Supreme Court for review. 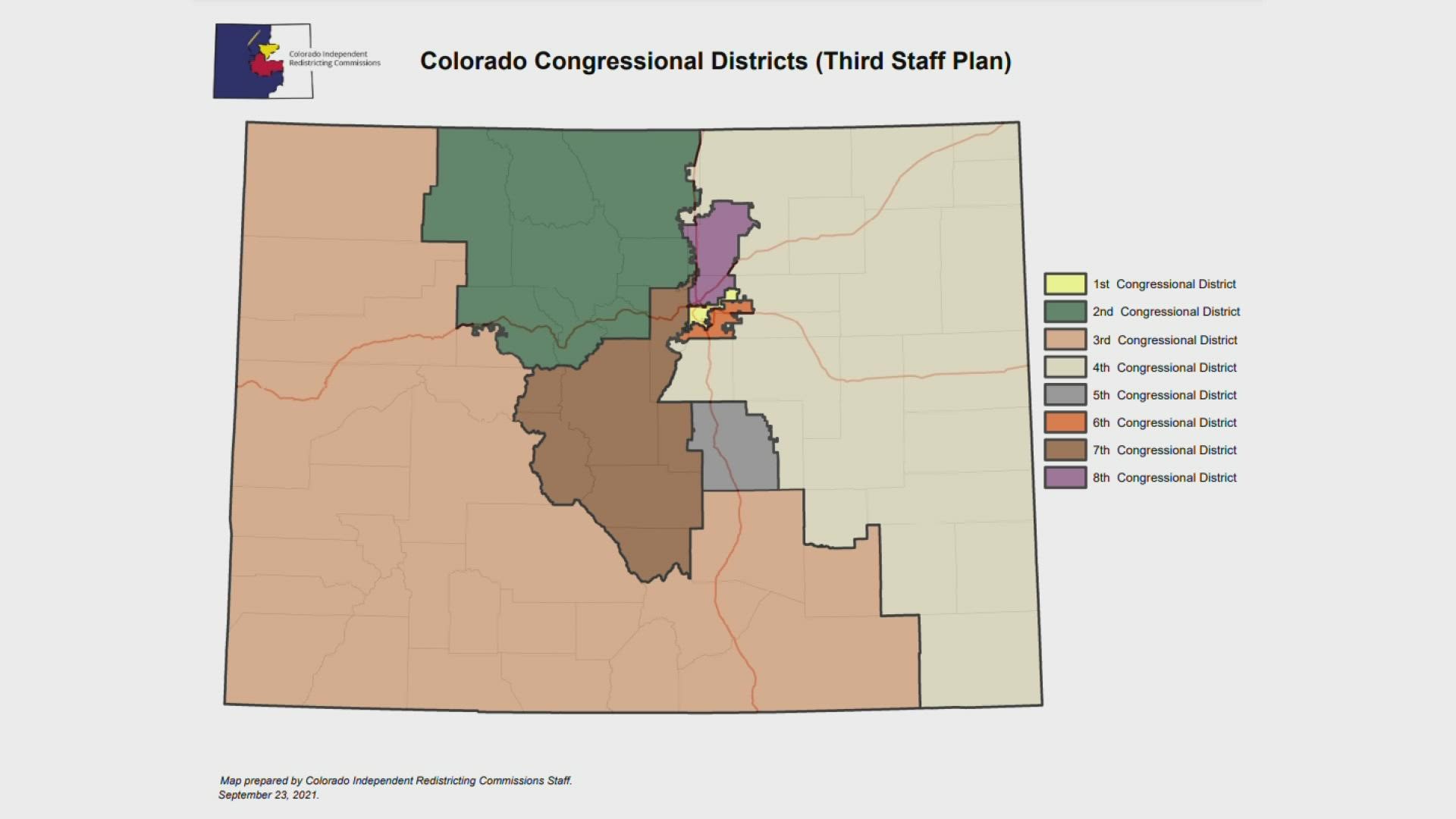 DENVER — Colorado's congressional redistricting commission has released the latest in a series of new eight-district congressional map proposals, but this one could end up being the map used for the next decade.

The commission can still offer, discuss and debate other map proposals. But if by Tuesday they can't agree on one — and the state constitution requires the support of at least 8 of the 12 commissioners, including at least 2 of unaffiliated commissioners to select a final map — the map released Thursday will be the one adopted by default and submitted to the Colorado Supreme Court for review, approval and adoption.

Their "third staff plan" draft map, released Thursday, follows a "preliminary" draft map released in June, and two subsequent "staff plans" released in the past several weeks that reflect the direction of the commissioners and the public input they've received over the past few months.

The new draft map is built around a few key concepts, which the commissioners and their staff have refined in the most recent iterations.

> Read the full story at coloradopolitics.com.

RELATED: When it comes to redistricting, should prisons be counted as inmates' homes?