Sen. Michael Bennet will run for reelection in 2022. 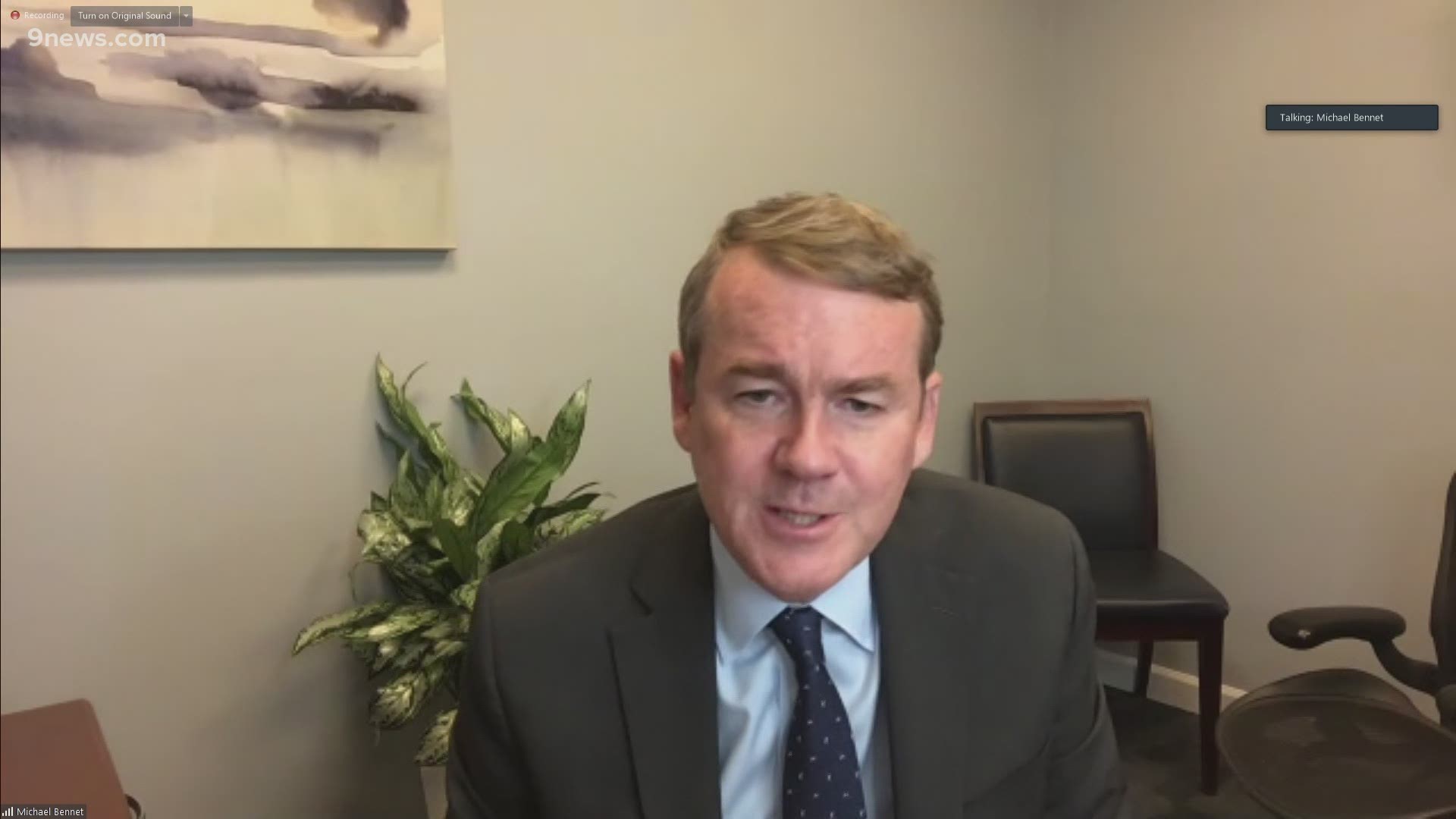 DENVER — U.S. Sen. Michael Bennet unveiled a list of endorsements on Monday from more than 165 current and former elected officials and community leaders backing the Colorado Democrat's bid for a third term in next year's election.

Bennet's endorsers include nearly every living Colorado Democrat who has served as governor, U.S. senator or member of Congress, as well as dozens of current and former state lawmakers, mayors, county commissioners and activists.

Among them is Polly Baca, the first Latina to serve in Colorado's state Senate, who lauded Bennet's "support for communities of color" during a virtual press call announcing the endorsements.

“I am proud to endorse Michael, who has been critical in helping Colorado recover stronger from the COVID-19 crisis and fighting for local communities across Colorado," said Baca, adding, "Michael’s leadership and locally driven approach are indispensable.”

Also on the call was Bennet's colleague, U.S. Sen. John Hickenlooper, who noted that he first worked with Bennet nearly 20 years ago, when Bennet was Hickenlooper's first chief of staff after he was elected mayor of Denver.