The Supreme Court's decision could change how the United States elects presidents beginning in 2020. 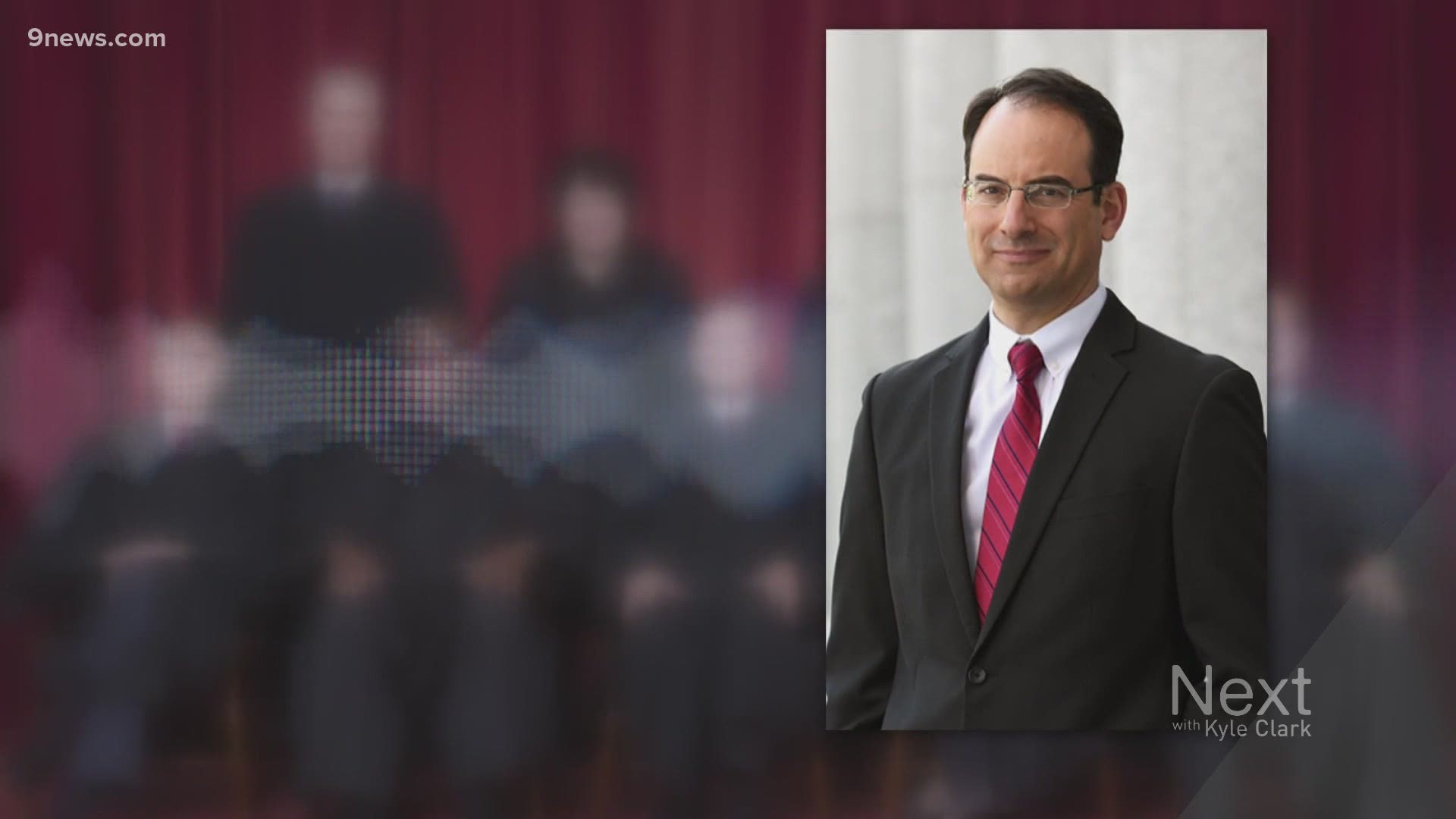 DENVER — When Micheal Baca refused to vote for Hillary Clinton in December 2016, he became known as Colorado’s “faithless elector.”

He, as one of the state’s nine members of the Electoral College, was pledged to support the candidate who won Colorado’s popular vote in the November election. When he did not, Colorado’s then-Secretary of State Wayne Williams, a Republican, replaced Baca.

Years-worth of appeals later, and just months before the 2020 election, the United States Supreme Court heard the case of Colorado Department of State v. Baca on Wednesday. Their ruling could decide whether states have the right to remove electors for going rogue, therefore reforming the process of electing a president.

The court heard arguments over the phone because of the COVID-19 pandemic. That hasn’t been done before. In another first, the court streamed audio of the proceedings.

Justice Ruth Bader Ginsburg about the practical consequences of the Supreme Court voting either way on the case.

"Your honor, the chaos that could result from upholding the 10th Circuit's ruling is one that could occasion a constitutional crisis," said Weiser.

The 10th Circuit Court of Appeals ruled that Colorado should not have removed Baca as an elector.

Justice Brett Kavanaugh asked the most basic question: "What is the purpose of having electors?"

"Electors are set up in the constitutional design that allows for states to make a choice. Electors can either vote as proxy voters on behalf of the public, as we do here in Colorado, or they can be free agents. By having this structure uniform across the several states, you give states the ability to choose which model they want," said Weiser.

In his closing arguments, Weiser argued that if an elector is bribed, it will require a criminal case, which wouldn't be concluded in time, and that states should have the power to make the decision to remove electors if necessary.

For his part, Weiser said arguing a case for the Supreme Court was always a dream of his as an attorney. Though, he never planned it would be by phone.

“For the last two months, coinciding roughly with the pandemic, I have been focused on this Baca case, probably spending a third of my time [on it],” he said, adding he went through seven simulated trials to practice.

Jason Harrow argued the case for Micheal Baca. He started by stating electors should be able to vote with discretion.

Chief Justice Roberts asked if states could require a contract that electors vote based on state's results or face penalty to which Harrow simply argued "no."

Justice Clarence Thomas invoked Lord of the Rings in one of his hypothetical questions.

"The elector who has promised to vote for the winning candidate could suddenly say, 'I'm going to vote for Frodo Baggins. I really like Frodo Baggins. And you are saying under your system, you can't do anything about that?" asked Thomas.

"I think there is something to be done because that would be the vote for a nonperson," said Harrow. The framers hashed out these competing concerns. They hashed it out in Philadelphia in 1787. They understood the stakes and they said among these competing hypotheticals, electors are best placed to make the ultimate selection."

Justice Samuel Alito asked Baca's attorney if their argument would lead to chaos and campaigns to influence electors after the election. Harrow denied the chaos claim, arguing that electors already talk about changing their votes currently.

Justice Alito also asked if states have power to remove an elector. Harrow said yes, but not when it affects the core function of voting by ballot.

Justice Elena Kagan said if she hypothetically believes that the Constitution is silent on the faithless elector issue, she thinks it would be best to leave the decision to the states.

In conclusion, Baca's attorney argued that if Colorado is allowed to remove electors there could be a chaotic outcome.

Baca listened to the arguments from his home in Las Vegas, where he now teaches a high school government class. The court’s decision will not come before summer, but he said any outcome is a win.

“Either way, no matter if the court decides with us or against us, I think there’s going to be a ground-swell of interest,” he said. “Ultimately, if electors can't cast their votes as the Constitution is written, if we're not allowed to do our jobs, why do we have electors? And so, I think that both decisions by the court, if they make a decision, both decisions will ultimately lead to reform in the electoral college."

Polly Baca, no relation to Micheal Baca, was also a 2016 elector and was part of this Supreme Court case. She's also going to be a 2020 elector, if the Democratic nominee wins Colorado.

"We, as electors, must retain that discretion. We must be able to vote our conscience, or else why do you have human beings involved in this process?" Polly Baca told Next with Kyle Clark. "This is my fourth time as a member of the Electoral College, and again, I will always support another elector to vote his conscience in a presidential race."

Polly Baca could also impact the outcome of this case through her friends. Justice Sonia Sotomayor recused herself because of her relationship with Polly Baca.

That leaves the possibility of a split decision which would mean the 10th Circuit Court of Appeals ruling would stand, meaning Colorado could not legally remove an elector for making their own pick for president.

RELATED: Hello, justice, do you hear me? Supreme Court meets by phone 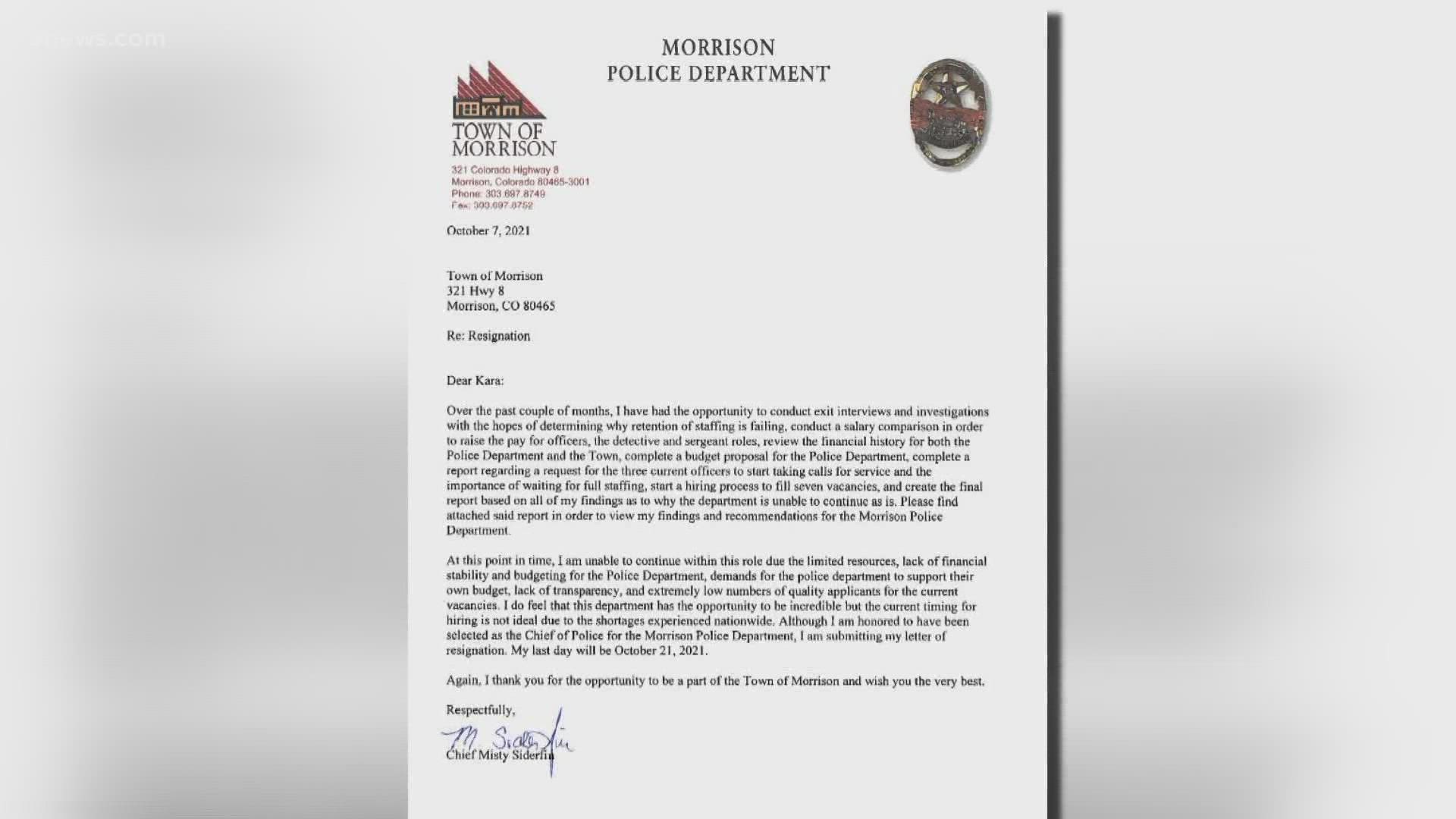