The state's first primary since 2000 included everything from increased voter turnout, millions of dollars spent in advertising and 17-year-old voters. 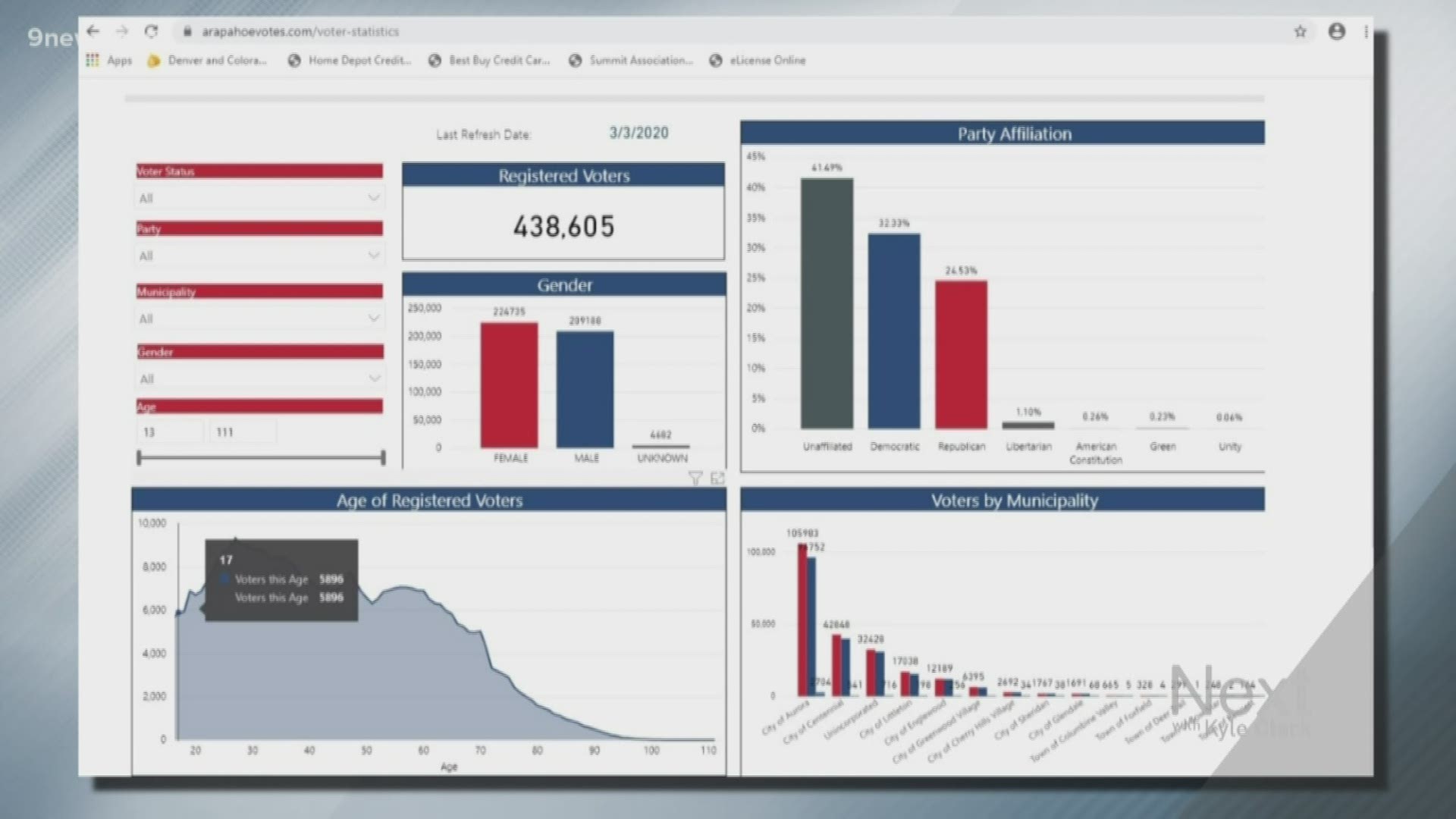 COLORADO, USA — Colorado’s reintroduction of the primary system proved to be successful, with millions of voters casting their ballots and voting in-person for Super Tuesday's election.

As of 9 p.m. Wednesday, the results of the Democratic primary are as follows:

This was Colorado’s first primary since 2000.

After years of caucusing, Colorado voted in 2018 to return to a primary system, allowing unaffiliated voters to vote for presidential candidates for the first time since 2000. The state was one of the few Super Tuesday states with more voters registered as ‘unaffiliated’ than either ‘Democrat’ or ‘Republican.’

The Colorado Secretary of State’s Office found that nearly 1.7 million votes were cast in the state's primary, accounting for over 43% of Colorado’s total number of registered voters.

Many attribute the increase to Colorado’s switch from a caucus to a primary system. The state's 2016 caucus turnout paled in comparison, drawing a mere 123,508 voters.

Democrats weren’t the only ones who turned out Super Tuesday.

President Donald Trump faced little to no legitimate competition in Tuesday night’s primary. Even so, the enthusiasm for the president showed in the polling numbers. As of 9:30 p.m. Wednesday, Trump won 92.38% of the Republican vote (611,787 out 662,268).

Republican candidate Bill Weld, with 3.5% (23,154 votes), was the closest any candidate came in posing a threat.

RELATED: What is next after Super Tuesday?

17-year-olds were allowed to vote in the primary

Registered 17-year-olds turning 18 by Election Day (Nov. 3) were allowed, for the first time, to vote in the March 3 primary. This is thanks to a new law that went into effect in August 2019. Tuesday’s election marked the first implementation of the law.

According to the Colorado Secretary of State’s website, this added 24,000 eligible primary voters. According to the Secretary's estimate, 17-year-olds cast 7,200 ballots by 3 p.m. Tuesday – about 30% of those who were eligible to vote.

Even though Colorado allows 16-year-olds to pre-register to vote, they were not allowed to participate in Tuesday’s primary.

If you voted for Amy Klobuchar or Pete Buttigieg, your vote was invalid.

Since former presidential candidates Klobuchar and Buttigieg formally withdrew from the race just days within Super Tuesday, all votes for the senator and former mayor were not counted.

Early voters who cast a vote for either Klobuchar or Buttigieg before their withdrawals were denied the chance to vote for another candidate. On the other hand, if voters filled out a ballot but didn’t turn it in, those individuals were able to obtain new ballots and turn them in by 7 p.m. Tuesday.

On the day Klobuchar announced the end of her campaign, over 1,226,276 voters already cast in their ballots.

It didn’t pay off, though.

WATCH: How much did Bloomberg spend per vote he got?

RELATED: Super Tuesday's over. How are Colorado's Democratic delegates divvied up among candidates?