The nine-member court's decision is expected by June, at the height of the 2020 presidential campaign. 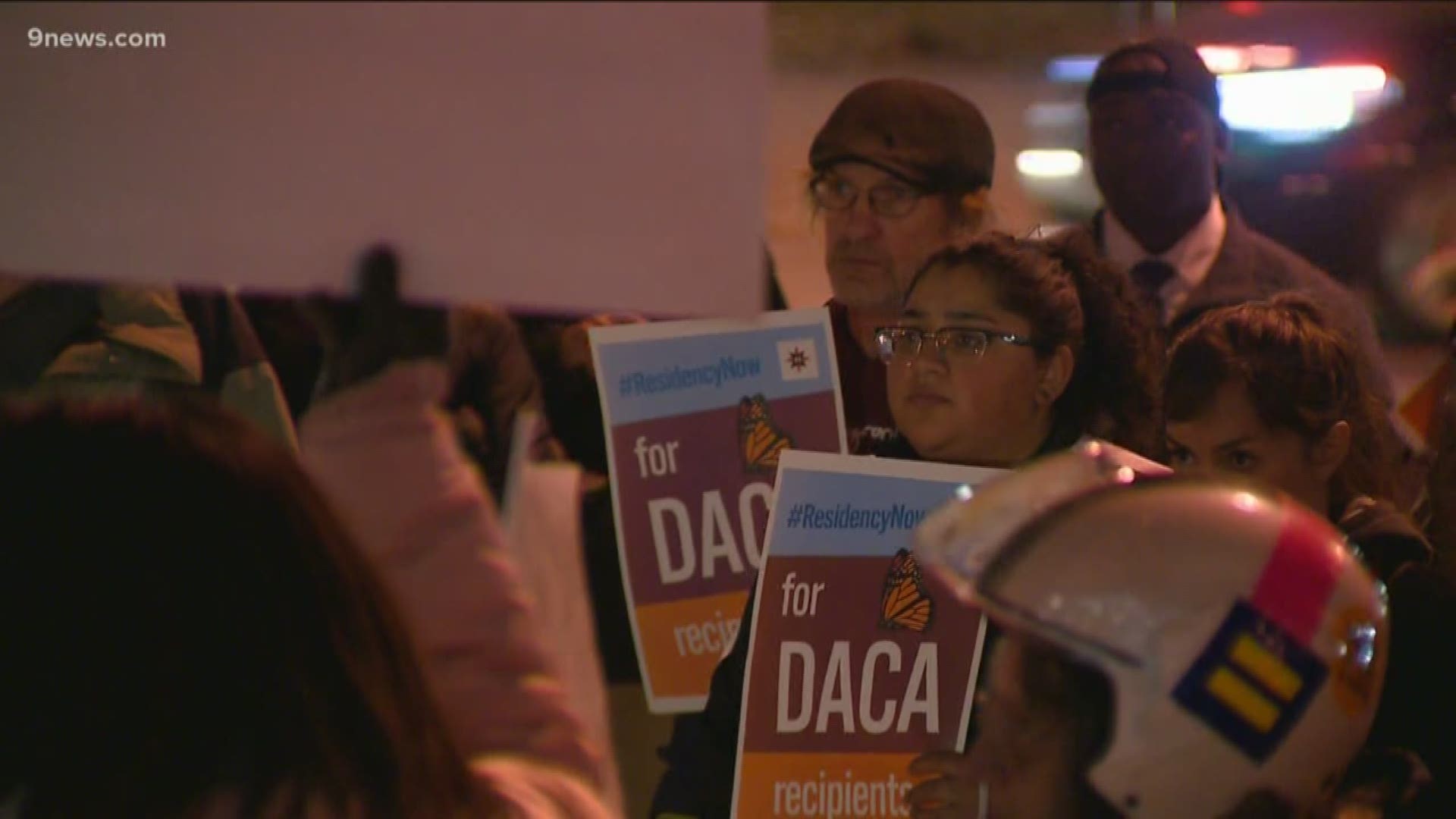 DENVER — The conservative majority on the Supreme Court appears to be prepared to allow the Trump administration to end the DACA program which permits 660,000 immigrants to work in the U.S., free from the threat of deportation.

That outcome would "destroy lives," declared Justice Sonia Sotomayor, one of the court's liberals who repeatedly suggested the administration has not adequately justified its decision to end the seven-year-old Deferred Action for Childhood Arrivals program. Nor has it taken sufficient account of the personal, economic and social disruption that might result, they said.

President Donald Trump said on Twitter that DACA recipients shouldn't despair if the justices side with him, pledging that "a deal will be made with the Dems for them to stay!" But Trump's past promises to work with Democrats on a legislative solution for these immigrants have led nowhere.

Chief Justice John Roberts will likely be the deciding vote after arguments Tuesday.

A ruling isn't likely until spring next year.

From Washington, D.C., to Denver - DACA recipients and supporters say they're ready to fight. Eleven so-called Dreamers from Colorado joined supporters Tuesday morning outside the Supreme Court while justices debated inside.

Tuesday night in Denver, so-called Dreamers shared their personal stories and asked the community to support the program that allows them to stay in the US legally.

The rally lasted only lasted a third of the time spent on oral arguments heard at the Supreme Court, but the opinions were just as strong.

RELATED: For 30-somethings, stakes are high over future of DACA

"It is not the job of the Supreme Court nor the executive office to deem whether or not my presence here in the United States is legal or not," said Victor Galvan, the director of federal campaigns with the Colorado Immigrant Rights Coalition.

While Tuesday night's rally was a chance to tell SCOTUS "that Deferred Action for Childhood Arrivals needs to continue to be a program," it was also an avenue to recruit support.

"Today, I am here to ask you to join us," one speaker said. "Join the Colorado Immigrant Rights Coalition. Join any group that you can find that's fighting for immigration reform."

Some of the so-called Dreamers acknowledged that conversations happening at SCOTUS don't seem favorable for them, but they vowed to fight for as long as necessary."

It's unclear what's going to happen to DACA recipients if the court rules against them.

Back in June, the House passed a bill to make DACA law, but the Senate has not acted on it.