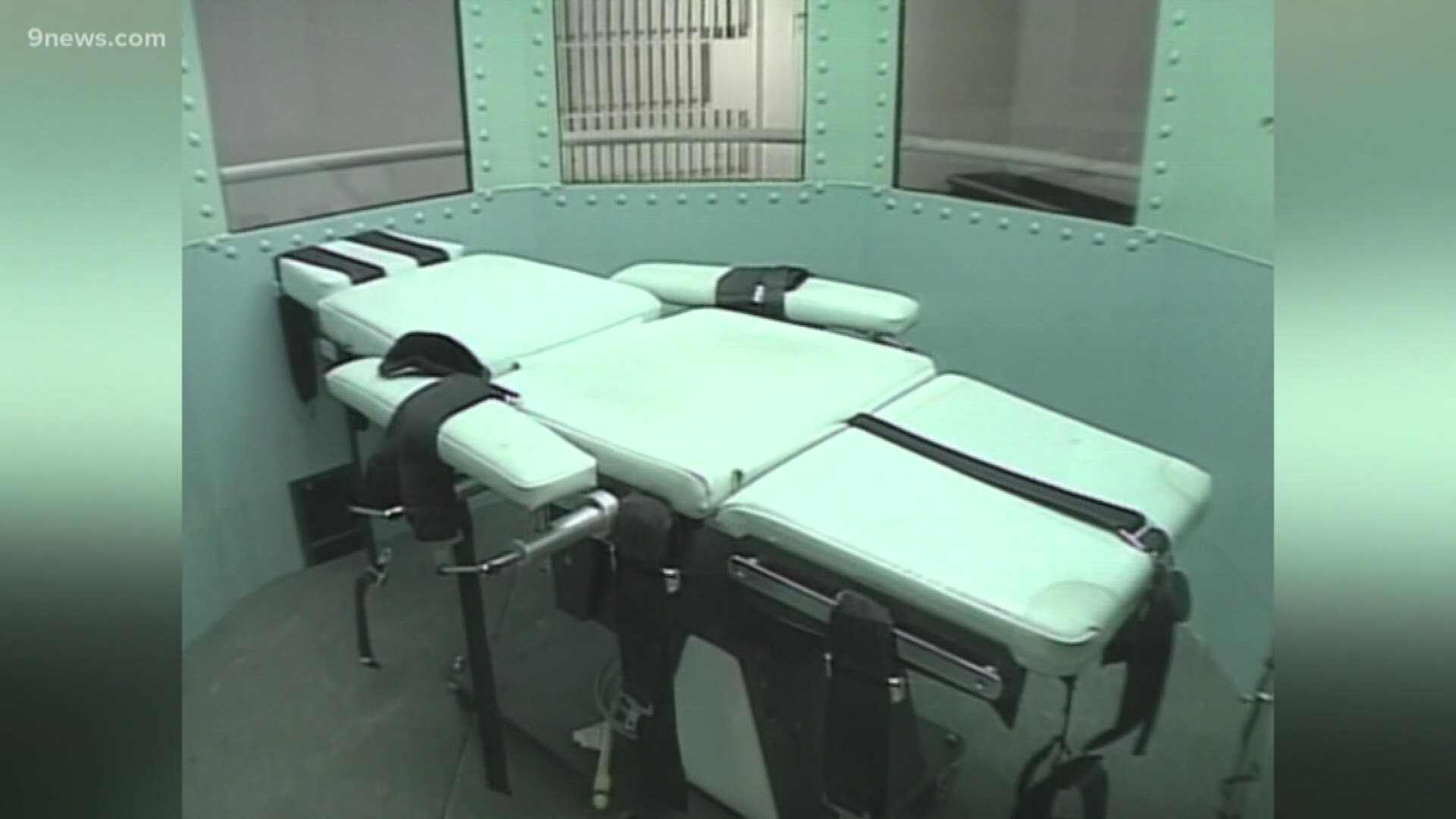 DENVER — The bill to repeal the death penalty in Colorado is now headed to Gov. Jared Polis after the Colorado House voted to give the bill final approval Wednesday afternoon.

The final vote was 38-27 with three Democrats voting no. They included Tom Sullivan, Kyle Mullica and Brianna Titone.

Polis has indicated he will sign Senate Bill 100 into law and if he does, Colorado would become the 22nd U.S. state to abolish the death penalty.

The new law would apply to offenses charged on or after July 1, 2020, meaning it would not apply to the three men currently on death row in Colorado. Their sentences could be commuted by Polis but it's not known if he would do that.

After more than 13 hours of debate Monday night, the Colorado House gave preliminary approval to the bill, which would repeal the state's death penalty, effective July 1, 2020.

Opponents argued the bill should be amended to include a petition clause that would let voters decide the issue or to send it to the voters through a referred measure. Neither was successful.

One of the opponents is Democratic representative Tom Sullivan whose son was killed in the Aurora theater shooting. He argued to keep the death penalty even though his son's killer ultimately got life in prison.

Eighteenth Judicial District Attorney George Brauchler tried and failed to secure the death penalty for the man who gunned down 12 people inside that theater.

> Click/tap here to read the full text of the bill.

Colorado's last execution was carried out in 1997. Three men are currently on Colorado’s death row:

In Adams County, prosecutors are currently seeking the death penalty for Dreion Dearing, the accused killer of Adams County Deputy Heath Gumm. He was shot and killed on Jan. 24, 2018 after responding to an assault call.

Last year with Democrats in control of the Legislature, lawmakers also tried but failed to repeal the death penalty.

Morgan Carroll first tried to pass a repeal back in 2009, when she was a state senator.

"Coming into the legislature this was a top priority for me, maybe for personal reasons. My dad was an attorney, he represented one of the last people to be executed by gas chamber in the state of Colorado in 1967," she said. "To me growing up, the death penalty always represented a carryover of an archaic, barbaric, and inherently unjust and inequitably applied permanent penalty."

Carroll said her 2009 effort came close, but ultimately didn't pass. She tried again, unsuccessfully, in 2013. Other lawmakers would continue the effort even after she left the legislature.

Today, Carroll is the Chair of the Colorado Democratic Party.

"Many of the biggest and most important moral fights of our time take multiple attempts to get something through," she said. "We don’t always get our way the first time a measure is introduced and if you just throw up your hands and say, 'Oh that’s a bummer, we didn’t get it,' most of the important changes wouldn’t happen. But when you see a hand-off to people who care enough to keep at it year after year, sometimes the big changes we see eventually happen but only if you're willing to stick it out over time."