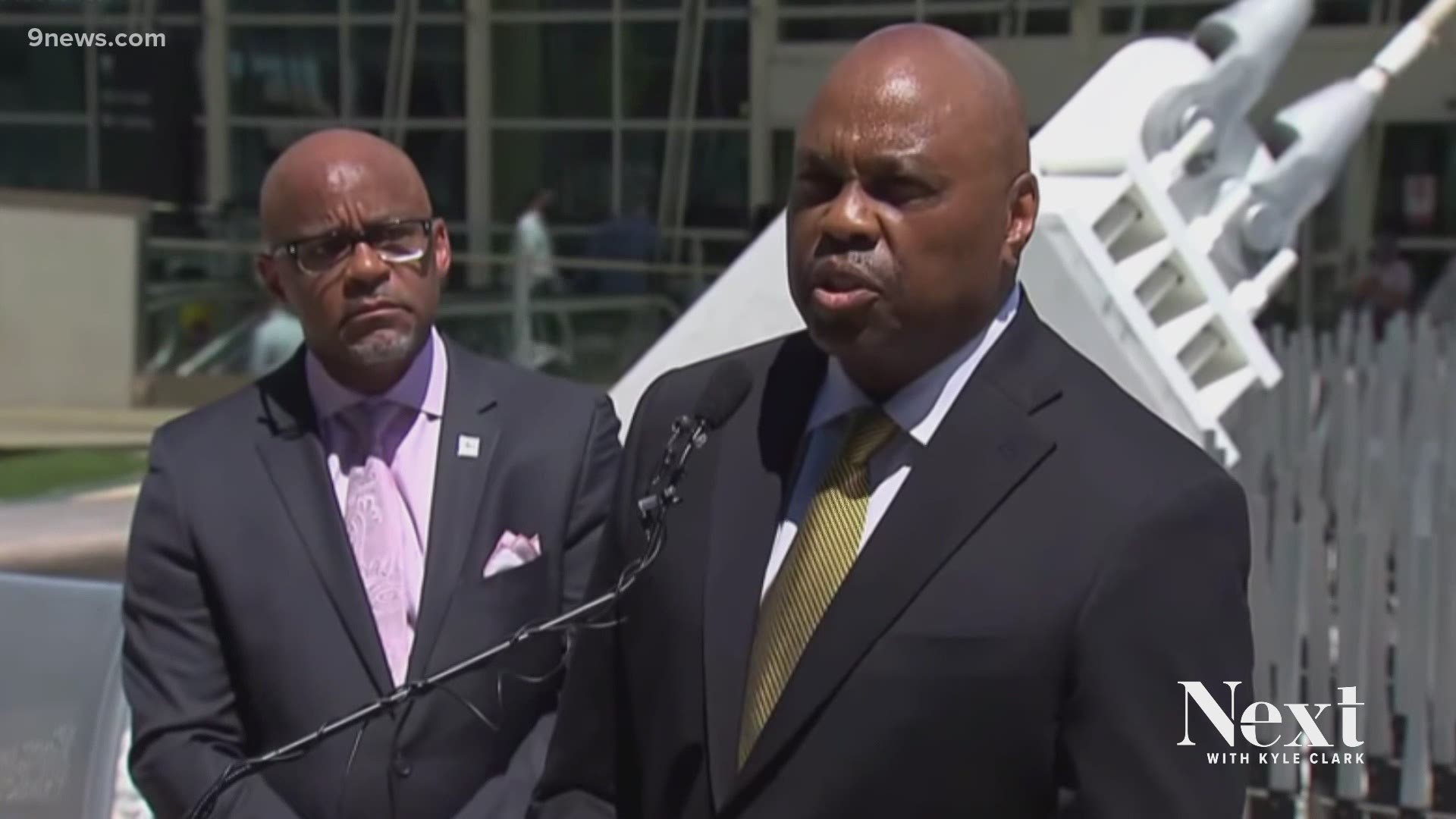 DENVER — Denver mayor's new pick to be CEO of Denver International Airport (DIA) is landing with some baggage.

The warrant allowed for a records search at the transit department's headquarters. The sheriff's office in Los Angeles is seeking communication Washington was involved in, along with other people involved in the transportation authority and "Peace Over Violence," a non-profit that was contracted to provide a sexual harassment hotline.

According to court documents, a previous MTA employee claimed corruption within the department allowed this non-profit to secure the contract.

"Mr. Washington self-disclosed this matter to the Mayor as they were discussing the possibility of him joining the administration, before an offer was extended," wrote Mike Strott, spokesman for Denver Mayor Michael Hancock.

Washington ran the Denver Metro Area's Regional Transportation District before leaving to take over the transportation agency in California. He announced in February he would be resigning in May. DIA CEO Kim Day announced her retirement in May. Earlier this month, Hancock announced he was nominated Washington to take Day's spot as CEO.

"The people of the city and county of Denver need some answers," said Denver City Councilmember Amanda Sawyer.

Sawyer and councilmember Candi CdeBaca helped get a ballot issue in front of voters in November. Ballot Issue 2E asked if City Council should have authority to consent to certain mayoral appointees. CEO of DIA is one of those appointees that the council has to sign off on first.

Voters approved the measure with 58% support.

"Prior to November, the mayor would have been able to appoint Mr. Washington without a conversation at all. Without a discussion at all. Without ever having anyone answer a single question," said Sawyer. "The reason that we advanced this legislation was specifically to add an element of transparency and accountability in our appointment processes, which haven't existed up to this point."

Sawyer said she spoke with Washington on Thursday and asked him explicitly about the search warrant issues.

Did she get satisfactory answers?