Denver neighborhoods speak out against sanctioned campsites for homeless

Denver's mayor announced his support for the temporary “Safe Outdoor Spaces” campsites at the beginning of the month. 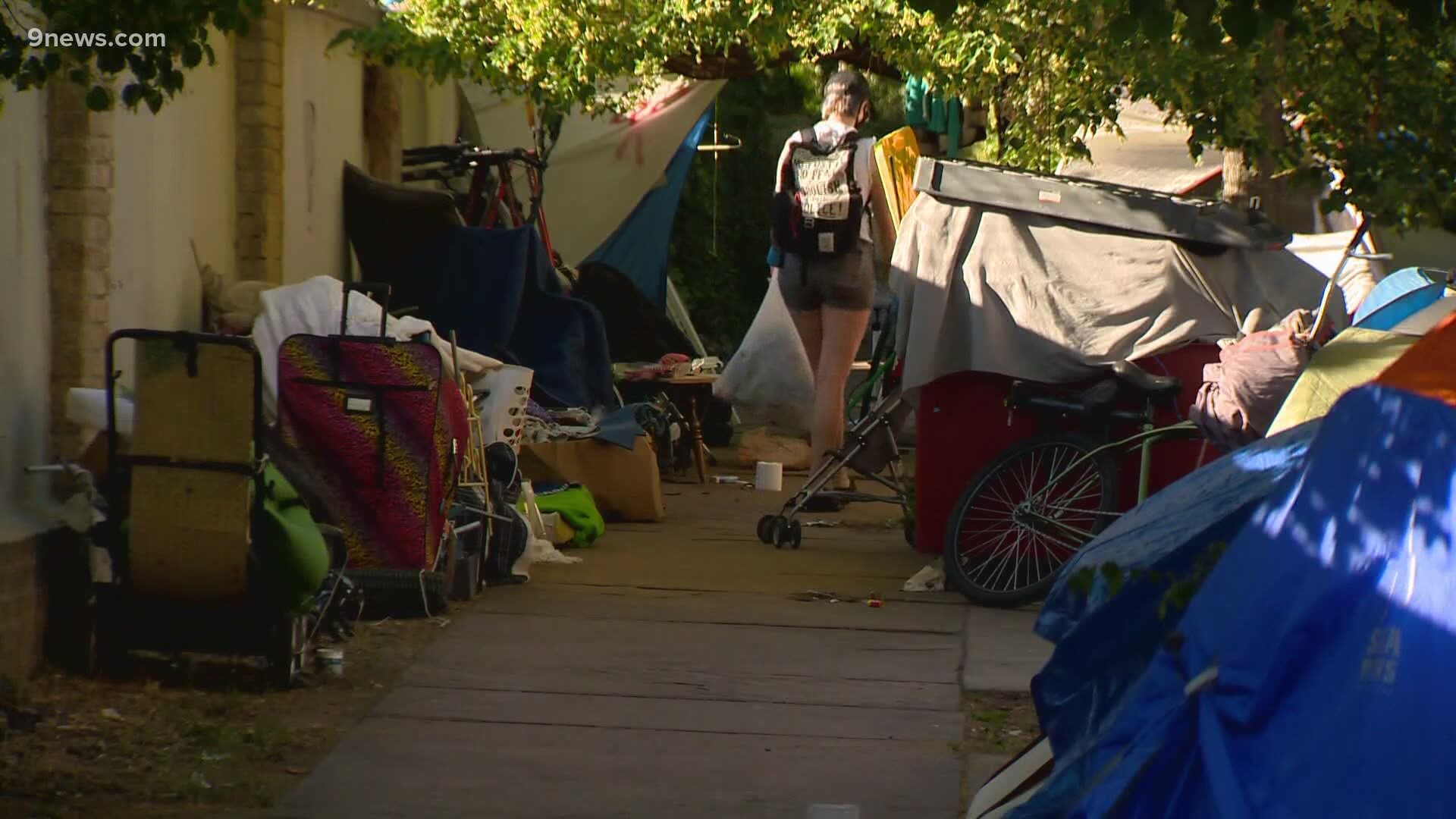 DENVER — During a 30-minute public comment period Monday night, prior to a planned Denver City Council meeting, area residents voiced concerns over the proposed location of the temporary homeless encampment at the Denver Coliseum.

Concerns included current encampments taking over streets and parks in Denver as well as concerns for the health and safety of those experiencing homelessness who would again be forced to move during a pandemic.

The Denver Department of Public Health and Environment said it is considering at least three temporary homeless encampments in the city – the first located at the Denver Coliseum, which was one of the first sites to be proposed.

Prior to Monday's meeting, Councilwoman Deborah Ortega shared documents showing the Globeville, Elyria and Swansea (GES) neighborhoods coming together against the use of the coliseum parking lot for a sanctioned encampment.

"We oppose placing the outdoor tent city in our neighborhood because once again, community was excluded from the decision-making process," the statement from GES says, claiming the city and its providers have not successfully managed the shelters currently in place at a National Western Complex facility and Denver Coliseum.

This comes after Denver Mayor Michael Hancock asked the city council earlier this month to submit possible places for temporary campsites in their district.

The mayor announced his support for the temporary “Safe Outdoor Spaces” campsites at the beginning of the month.

Following the public comment Monday night, city council approved 10-1, an amendment in the agreement between the city and county of Denver and the Western Stock Show Association which is allowing the city to use the National Western Hall of Education to house people experiencing homelessness.

The amendment to the licensing agreement adds $835,000 for a new total of $1,685,000 and a new end date of August 15 to license the National Western facility for use as a men's auxiliary shelter due to the COVID-19 pandemic.

Chris Conner, director of Denver’s Road Home, the city’s agency on homelessness service response, said the National Western facility will no longer be used by the city after August 10. The five days between then and when the facility must be returned will be used to renovate bathrooms and other areas after what he called behavioral issues, typically seen with this population, caused damage to pipes.

Conner said those currently staying at the National Western and the coliseum facilities will be moved to other places and shelters that are now equipped with physical distancing measures. He said others will go to motels depending on their situation.

While the facilities are vacated, Conner added that the goal is to accommodate everyone so no one is sent to the streets. The facilities can hold about 1,000 people.

When asked about a recent tent count by the homeless advocacy group Denver Out Loud, Conner said he wasn't surprised to see higher numbers than what the city counted in January, citing the pandemic and surge in unemployment.

Volunteers with the group counted 664 tents at 30 different homeless encampments across the city -- one of the largest is near the state capitol building, and was also the site of a deadly shooting last week.