Denver Police arrested four people during a sweep of a homeless camp in downtown Denver. 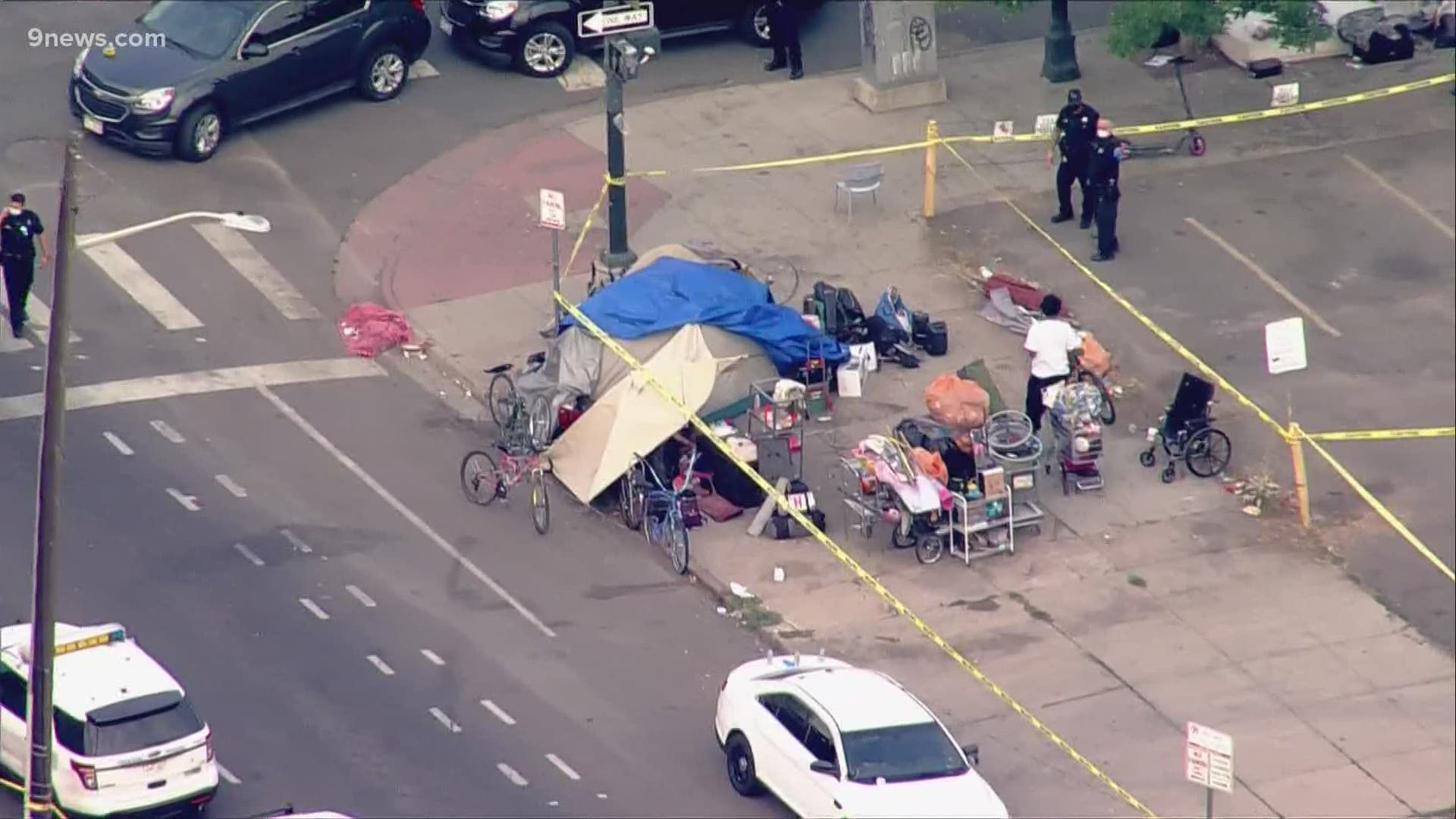 DENVER — Denver Police Department (DPD) on Tuesday arrested four people during a sweep of a camp occupied by those experiencing homelessness.

The cleanup was conducted in the area of 22nd and Stout streets in downtown Denver.

Protesters arrived to show support for the residents of the camp and confronted police just before 8 a.m.

Two people were arrested for "disobedience to a lawful order," one person is being held under investigation for "assault on a peace officer" and the fourth was arrested on an outstanding warrant, according to DPD Public Information Officer Jay Casillas.

Two people were arrested during a similar operation near Lincoln Memorial Park at the beginning of August.

A video from Denver Public Schools Board of Education member Tay Anderson showed part of the encounter.

> Warning: The video below contains graphic language and content that viewers may find disturbing. 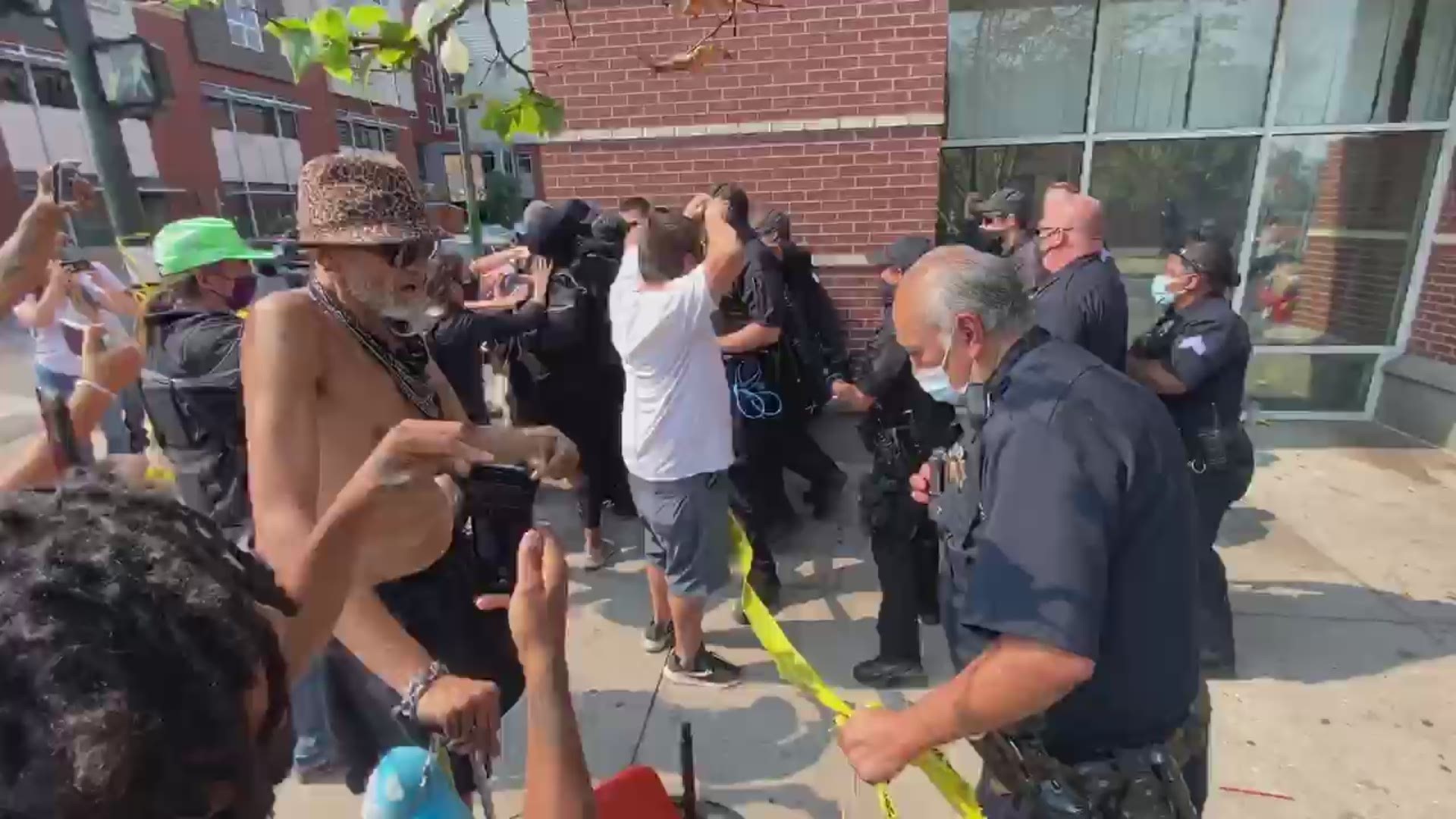