'La Raza Park' signs installed, then immediately taken back down

Denver Parks and Rec said signs renaming "Columbus Park" to "La Raza Park" were put up prematurely. They will be reinstalled during an official event. 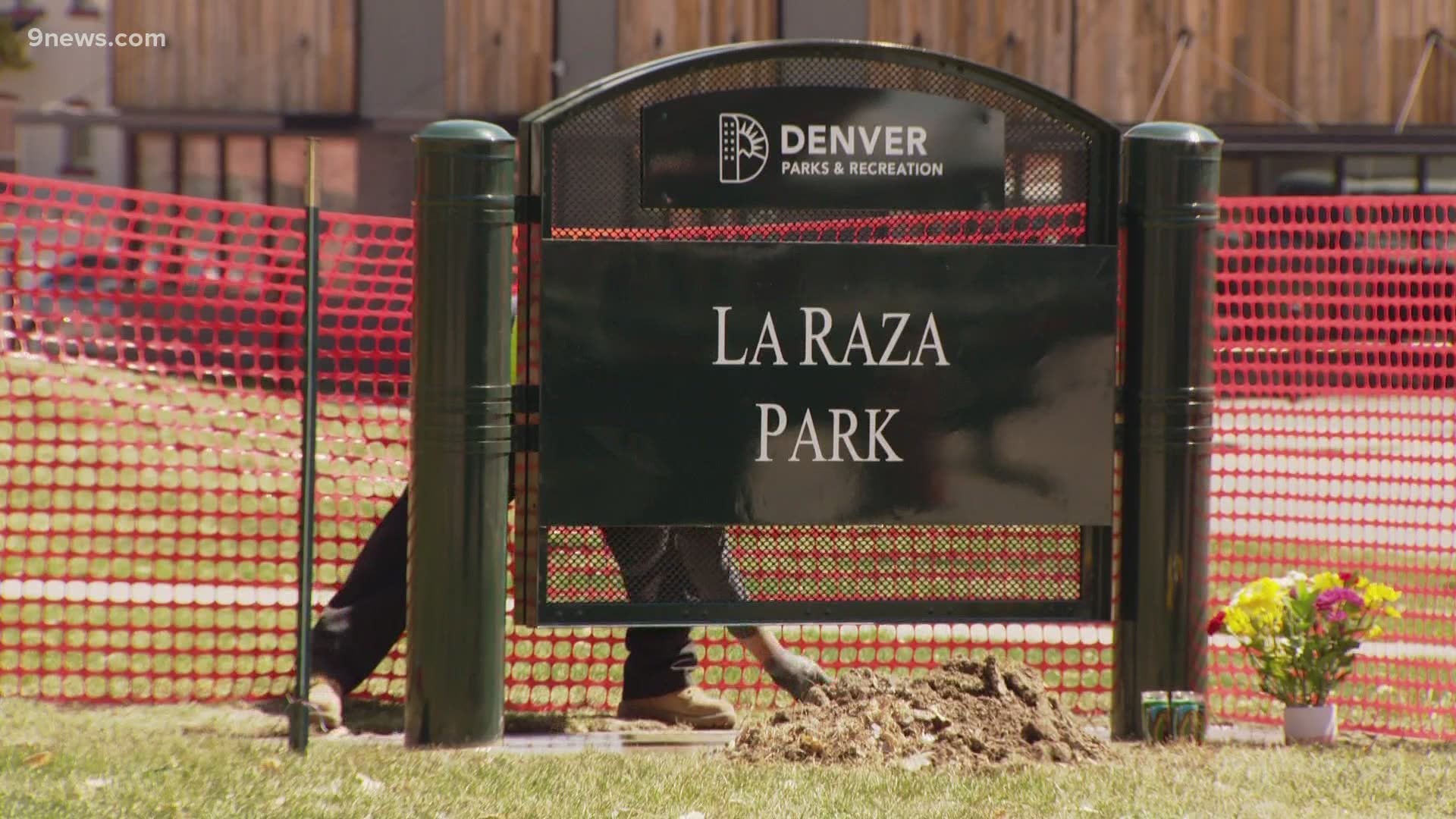 DENVER — Denver Parks and Recreation (DPR) said employees jumped the gun when they installed new signs renaming one of their parks.

That's why signs proclaiming the official renaming of Columbus Park to La Raza Park are being taken down after crews began installing them on Tuesday.

A DPR manager told 9NEWS reporter Jeremy Jojola there will be a celebration and acknowledgment of the park's official renaming and installation of the new signs at a later date.

Based on photos, the new signs will remain but the nameplates has been temporarily removed.

DPR said the total cost for the initial removal and install of new signs is $6,258, which will not be funded by taxpayers because it was a installer error.

UPDATE: I just got a call from @denverparksrec saying the signs should have NOT been installed today. So they are COMING DOWN. Parks manager told me there will be a celebration/special acknowledgement of the new signs later. #9NEWS https://t.co/okBWtDxG5s

Looks like they just took the name plate off. 📸 by @CorkyScholl on scene. #9NEWS https://t.co/hyvNjlUDqC pic.twitter.com/IDnkWe5Taz

Out of respect for the decades of work by community members to rename their neighborhood park, DPR decided to temporarily remove the name plates until a celebration with the community can be organized. The posts set today are an exciting step toward finalizing this process. https://t.co/u3WgbxBfCR

Despite the logistical blunder, the development with the renaming of the park is one that residents have been pushing for roughly 50 years.

Denver City Council recently approved the official renaming of the park in January, after it was known by the "new" name for decades among locals.

The council unanimously approved changing the title of the park, which was named after the Italian explorer in 1931.

Since the death of George Floyd in Minneapolis in 2020, calls to rename or remove monuments connected to white supremacy, along with other questionable historical figures and movements had increased.

Gov. Jared Polis (D-Colo.) formed an advisory board to explore the renaming of geographical features and public spaces in Colorado.

PREVIOUS: A push to formally change the name of Columbus Park to La Raza

RELATED: Geographic naming board to look at possible name changes for landmarks