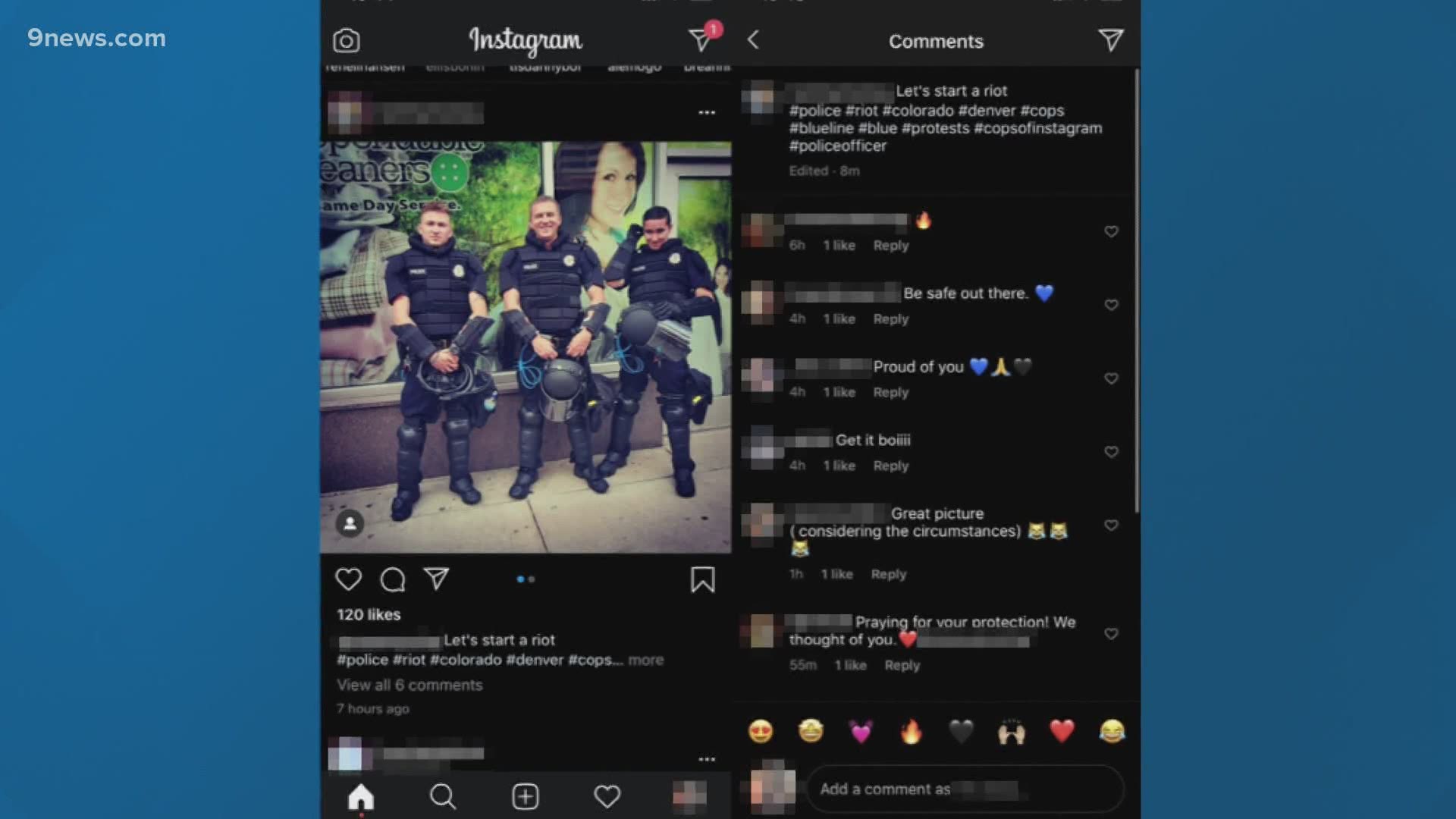 DPD Chief Paul Pazen launched an investigation Monday after becoming aware of a social media post in which McClay allegedly shared a picture of himself and two other Denver officers in riot gear with the caption, “Let’s start a riot,” before the fourth consecutive night of clashes related to the George Floyd protests.

The Internal Affairs investigation revealed that McClay violated the department’s social media policy, and posted content inconsistent with the values of the department, a statement from DPD says. It also said he has been terminated.

The two other officers in the photo remain with DPD and are not under investigation, according to a department spokesperson.

Wednesday evening, DPD plans to host a virtual conversation with the community regarding how the department can improve. It will be the first in a series of listening opportunities with the goal to bring about change.

Chief Paul Pazen will meet with members of the community to hear their concerns from 6 to 7 p.m., Wednesday.

Click/tap here for the link to join the video conference

According to DPD's social media usage policy, employees "can not publish materials that could reasonably be considered to represent the views or positions of this department without written permission from the Chief of Police."

They're also prohibited from "posting statements or expressions to a website that glorifies or endorses dishonesty, unlawful discrimination or illegal behavior."

RELATED: Blackout Tuesday activists are asking you not misuse the #BlackLivesMatter hashtag

The Instagram account noted in the post and attributed to McClay appears to have been deleted. However, the photo he allegedly put up was shared on Reddit late Sunday night and has not been removed.

Police department spokesman Sonny Jackson told Colorado Politics earlier Tuesday that the investigation remained underway and included oversight by the Office of the Independent Monitor. McClay had been moved to a "non-line assignment," which meant he could not be on patrol during the investigation. However it was announced a short time later, he had been terminated from the force.