The group rallied as some Republicans in Congress objected to Joe Biden's electoral college victory. 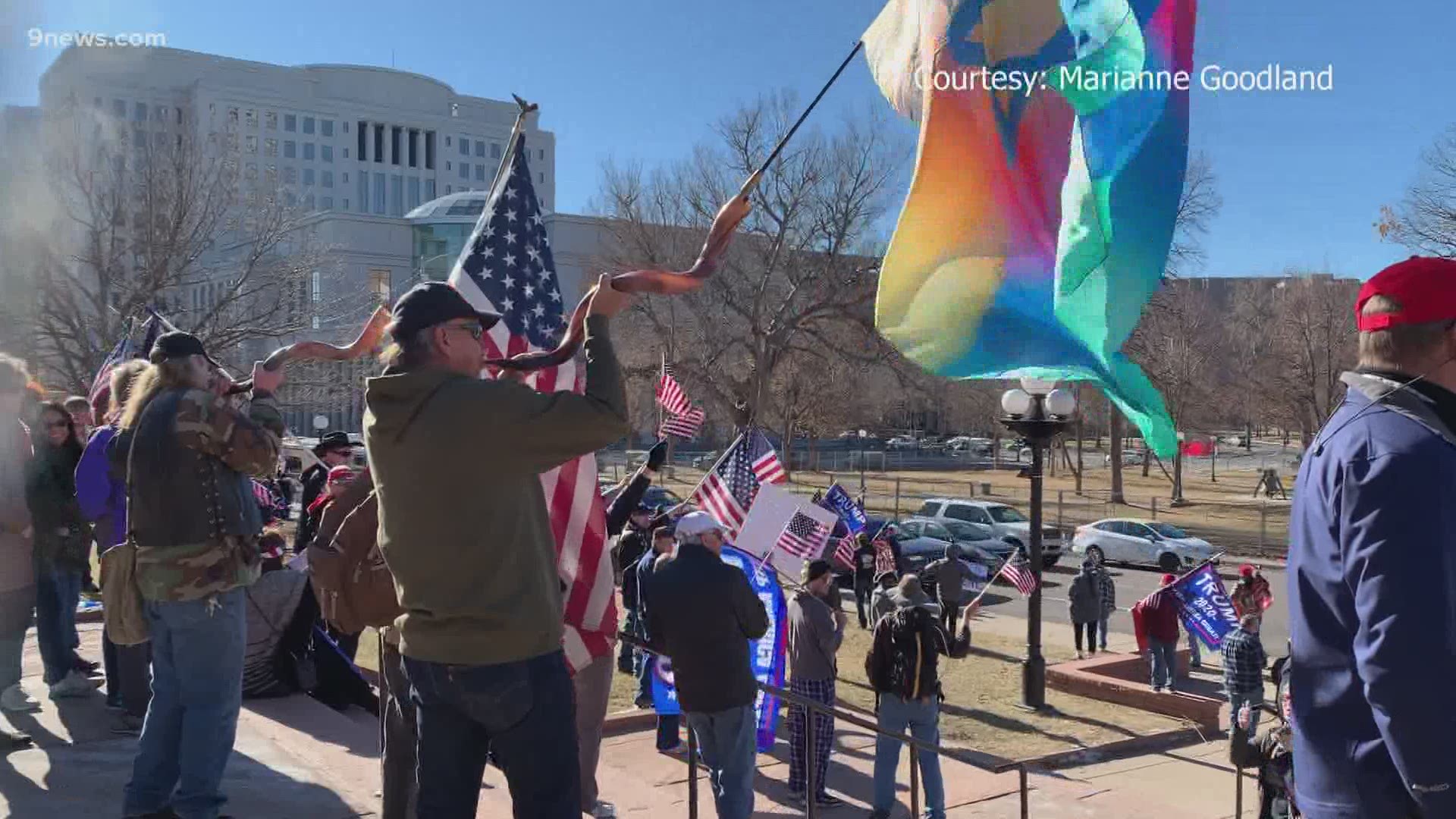 DENVER — A group rallied at the Colorado State Capitol Wednesday as some Republicans objected to the 2020 election results amid President Donald Trump’s baseless claims of fraud.

The rally was planned at the Capitol between 12 p.m. and 4 p.m. and was promoted by talk radio host and Republican National Committee Chairman Randy Corporon.

Colorado’s Joint Budget Committee at the State Capitol adjourned early for the day due to security concerns, according to State Representative Leslie Herod.

Mayor Michael Hancock tweeted "With the activities around the country and approximately 700 individuals downtown who have gathered at the State Capitol, out of an abundance of caution, I have instructed city agencies to close municipal buildings early."

Sergeant Blake White with the Colorado State Patrol said the local protest remained peaceful and most of the crowd has dispersed by 4 p.m.

"We are aware of what happened at the U.S. Capitol," Blake said. "Obviously we do not want that to happen in Colorado. We want people to voice their concerns, regardless of what side you're on, peacefully. As long as it remains peaceful, that allows people to be out and express it."

Ken Buck, the other Colorado Republican in the U.S. House of Representatives, said he would not object to Biden’s victory.

Trump supporters in Colorado are planning a QAnon-themed rally at the State Capitol at noon. The event has been promoted by party leaders including RNC committeeman and @710KNUS host @randycorporon. #9News #copolitics pic.twitter.com/EJhYGPrRNo

The effort to overturn Biden’s victory is expected to be defeated by bipartisan majorities in the House and the Senate. Biden won the Electoral College 306-232 and is set to be inaugurated Wednesday, Jan. 20.

Since the Nov. 3 election, Trump has repeatedly asserted that widespread voter fraud robbed him of victory – something disputed by election officials from his own party and the U.S. Department of Justice.

All the states have certified their results.

Still, more than a dozen Republican senators led by Josh Hawley of Missouri and Ted Cruz of Texas, along with as many as 100 House Republicans, are pressing ahead to raise objections to the state results of Biden's win.

Under the rules of the joint session, any objection to a state’s electoral tally needs to be submitted in writing by at least one member of the House and one of the Senate to be considered. Each objection will force two hours of deliberations in the House and Senate, ensuring a long day.

House Republican lawmakers are signing on to objections to the electoral votes in six states — Arizona, Georgia, Nevada, Michigan, Pennsylvania and Wisconsin.