One of the new locations will be at Regis University. 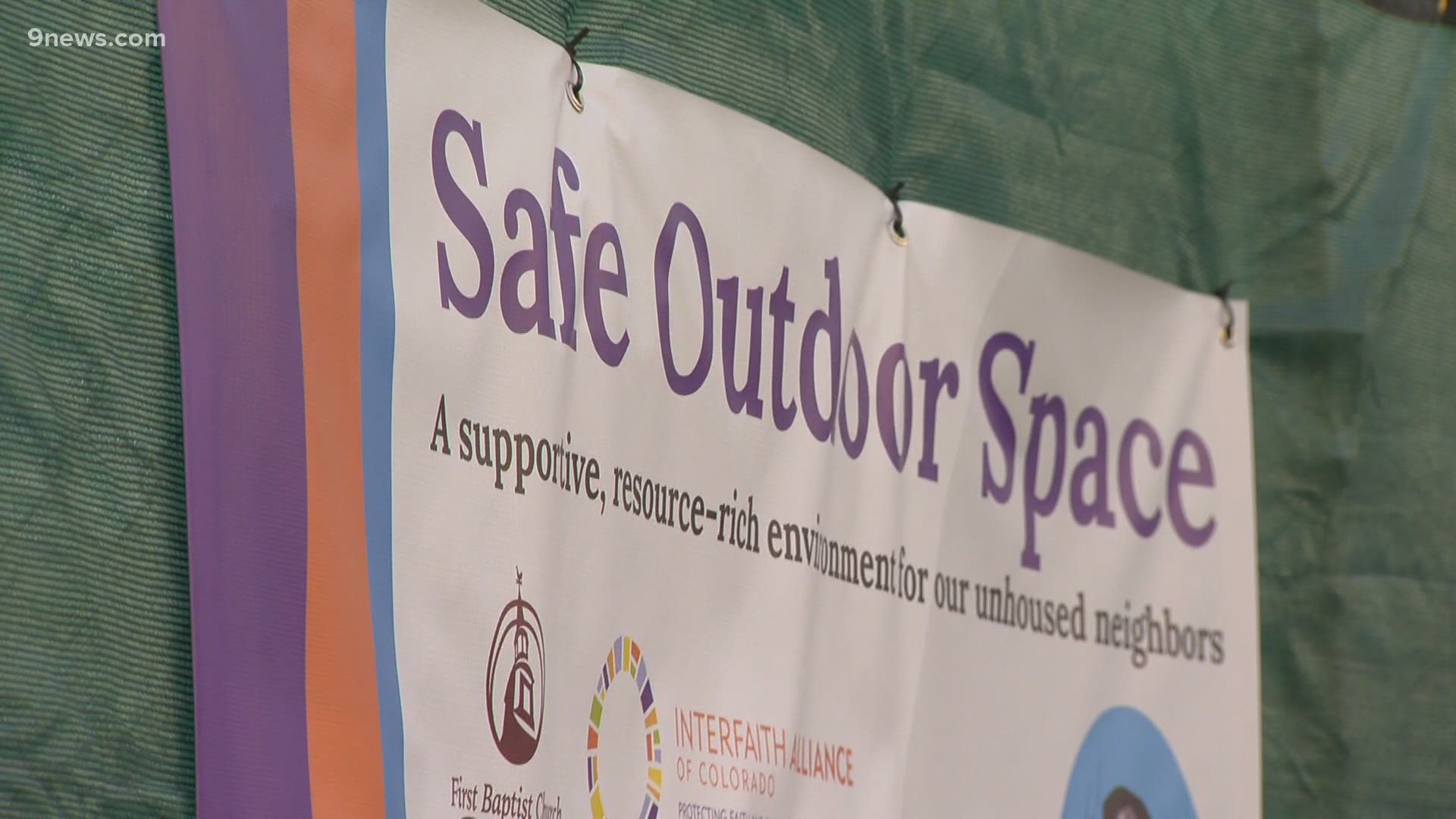 DENVER — Before the ice-fishing tents appeared in a parking lot off Grant Street six months ago, Tim Keran said he and his neighbors were a little concerned about who was about to move in next door.

“We had that talk here where we all felt uncomfortable,” he said as he sat in the sun outside his apartment building. “Because, they were homeless.”

But the tents and fences went up and people who might otherwise sleep on the street got settled into the new camp. After that, not much else changed besides Keran’s mind.

“As soon as it started it was like they weren’t even there,” Keran said, “So I don’t know why people are so up in arms.”

The encampment was the first of two “safe outdoor spaces” that the city green-lit late last year. Housing and homeless rights advocates tried to get something like it approved for years, but Mayor Michael Hancock was steadfast in his opposition to the idea. Then COVID-19 arrived, which shut down the city’s regular shelters and upped the stakes. Hancock’s position shifted, and last June he announced his support for sites like these through the pandemic.

The city allowed about 50 tents to go up between two sites off Grant and Pearl streets in December, but they were only allowed to stay for six months. That lease is up on Tuesday, when residents from both camps will relocate to a new site at Regis University. In mid-June, those who want to can relocate to a second new site at Park Hill United Methodist Church.

Keran wasn’t the only housed neighbor who felt misgivings when the first two sites were announced. Some were upset that Denver’s central District 10 was shouldering the burden of this experiment. But six months later, people we spoke to who live and work near the two camps only had positive things to say about them.

Taresa Harlow has lived at 16th Avenue and Pearl Street with her boyfriend for about three years. Before the safe outdoor space site arrived at the Denver Community Church across the street, a large group of people had gathered in their own tents in a nearby parking lot. The unsanctioned campsite gave her pause. It was a lot to look at and it made the block feel unruly.

The city swept that camp as the sanctioned site moved in. Harlow said the new regime was clean and orderly, and she had no problem living next to these unhoused neighbors.

“It was a night-and-day difference,” she said. “It’s been phenomenal and the neighborhood as a whole is very upset that it’s leaving.”

“No, it hasn’t been a problem at all,” she said. “I have to support some kind of housing, given my history.”

Siemers has lived on the block for three decades. She was deeply involved with neighborhood groups like Capitol Hill United Neighbors and the North Capitol Hill Development Corporation, and she used her positions to push for more affordable housing in the area.

Progress on affordability has always been a tough sell, Siemers said, so she’s not surprised there are so many people without shelter in the city. To her, these sanctioned camps represent one piece in a much larger puzzle to deal with Denver’s homelessness crisis.

“That should be a part of the whole equation,” she said. “We all have an obligation to do something to provide housing. I know there’s no panacea.”

Across the street from the Grant Street camp, hairstylist Andrea Bailey said she was glad to know at least some of Denver’s most vulnerable residents had somewhere safe to sleep during last winter’s snowstorms. Like Harlow, she said the supervised setup was much easier to coexist with than the tent cities that sprang up intermittently around the salon where she works.

She watched as people and tents accumulated in alleyways and on the side of the road, then scatter and regroup around the block after city workers forced them to move. It made the neighborhood unpredictable. The safe outdoor space site, she said, was a steady, orderly and constructive solution.

“I think it’s a great thing,” she told us. “I think we all agree that they can stick around.”