The council is limiting the number of electric scooter fleets in town to two, and adding rules about where they can be parked. 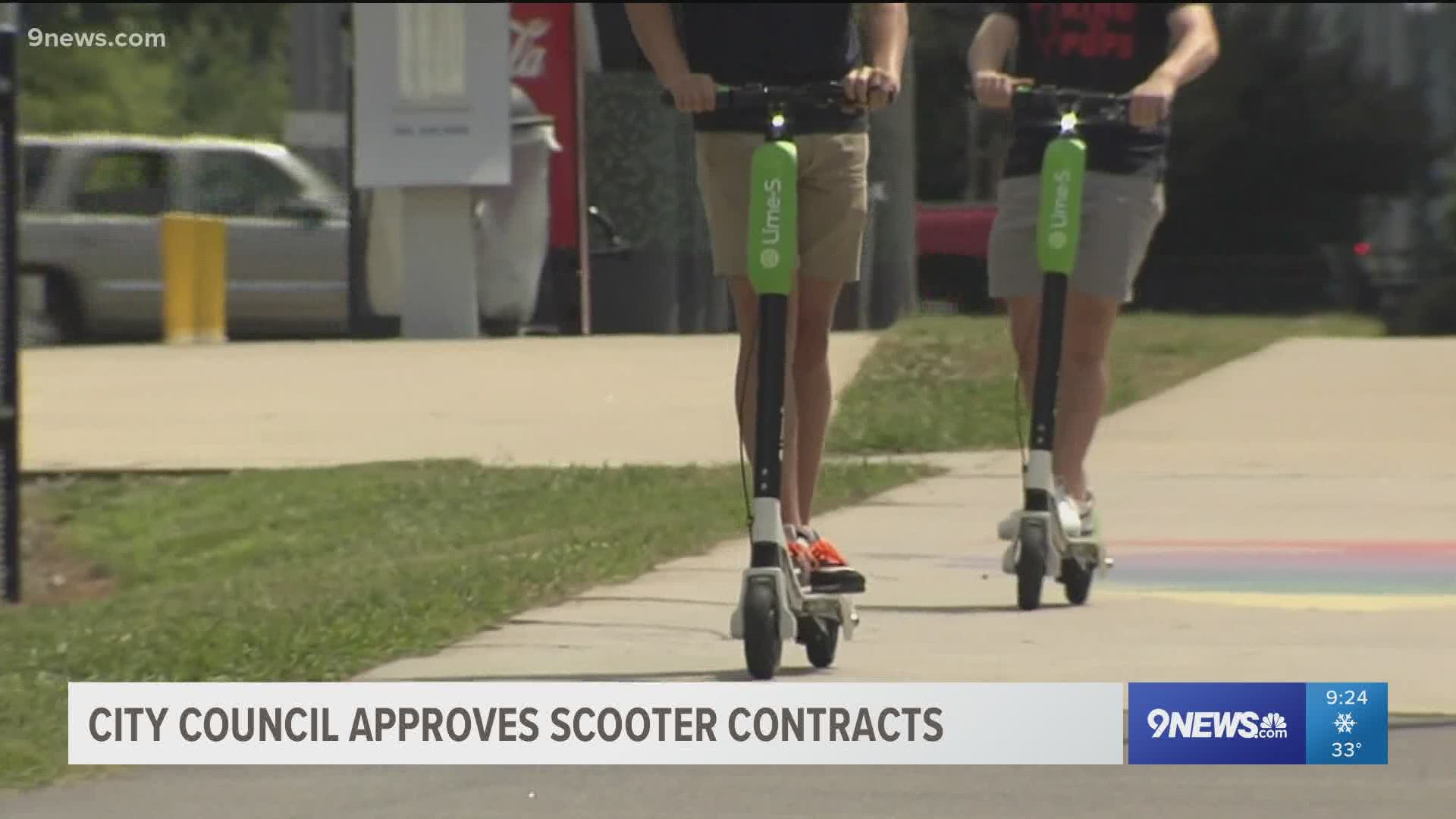 DENVER — The Denver City Council has passed a resolution that will only grant licenses to two electric scooter operators – Lime and Lyft.

Five companies rented out electric scooters in 2020 as part of a pilot program that began in 2018, according to a presentation by the Department of Transportation and Infrastructure (DOTI). Under the new resolution, each operator would be allowed to have 1,500 scooters, and must also provide a certain number of e-bikes.

“Based on the experience of the pilot, DOTI staff felt that fewer operators operating more vehicles would be more beneficial to the city than the five permits that were issued for the pilot,” DOTI said in a fact sheet. “DOTI staff also felt it was important to have more than one operator to ensure competitive pricing and product.”

The resolution to include Lyft as one of the two operators passed Monday night by a vote of 8-4, and Lime passed with a vote of 9-3.

RELATED: E-scooters are coming to Aurora for the first time

RELATED: Some electric scooter companies roll out of town, for now

The new rules also require operators to allocate a certain number of scooters to “opportunity areas” in the city that were identified by a DOTI equity index.

The city will also offer cash-based scooter programs for non-smartphone users, and give free or discounted rides to those with a lower income.

DOTI said the five-year contracts with Lyft and Lime won’t cost the city any money, but they will require the companies to install stations where scooters can be parked and charged in hopes of ensuring the vehicles aren’t on any sidewalks.

The companies will have two hours to address complaints or get hit with a violation.

If one of the companies gets 10 violations in a 90-day period, they would lose 10% of their fleet for 30 days.

The new bike and scooter share program begins this week, according to DOTI and the city said it's giving other operators a two-week grace period to remove their scooters from city streets.