The new Sheriff said he wants to believe in the humanity of all people, even those in custody. 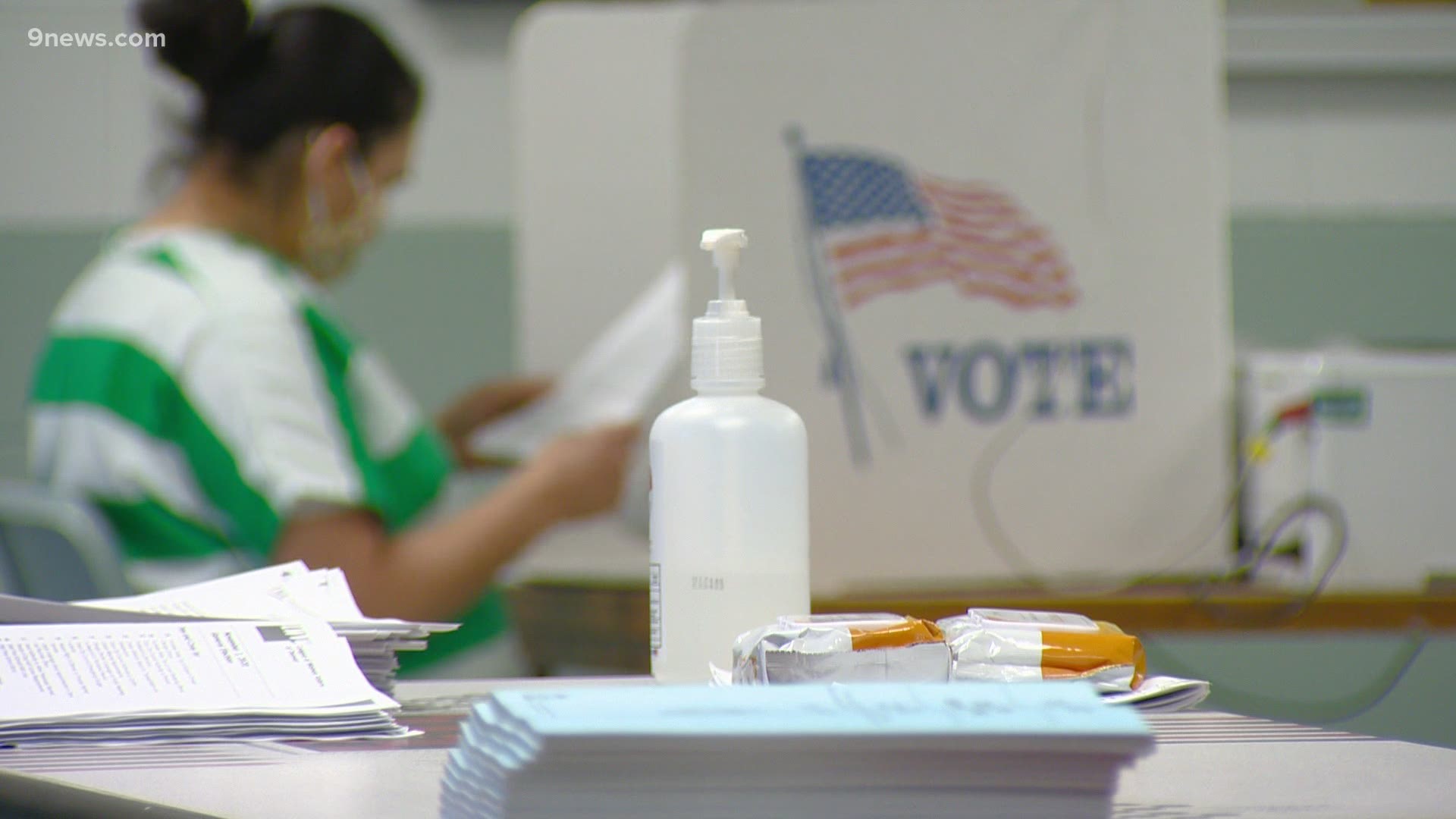 DENVER — In a place where a person can feel like a number, Roxanne Rodriguez said being an inmate in the Denver County Jail can feel voiceless.

"Most of the time, they treat us like we don't have a say. There's a lot of things we can't do," Rodriguez said. "I mean personally I've been here for eight months and it does get depressing."

Monday morning, newly-appointed Denver County Sheriff Elias Diggins allowed inmates who are awaiting trial or serving on a misdemeanor offense to vote in person, if they are eligible to vote.

"We are very happy to be one of three jails in the nation doing in-person voting," Diggins said.

He said Cook County in Illinois and Los Angeles County are doing the same. Diggins said he believes in the humanity of a person and part of that is the right to vote.

"As 97% of the people who are in our custody are coming back to the community, it helps them feel engaged in the process," Diggins said.

Rodriguez said she appreciates that.

"I'm very happy that as an inmate, I have the opportunity to vote, you know, that I have a say," Rodriguez said.

Diggins said he knows the Denver County Jail system has a rough reputation with inmate deaths and allegations of abuse over the years.

"We certainly hope that the community believes in the changes that are happening in the Denver Sheriff's Department," Diggins said. "It's a new day."

The sheriff worked with the City of Denver's Clerk and Recorder's Office, the League of Women Voters, and a group called Colorado Criminal Justice Reform Coalition to make in-person voting possible at the Denver County Jail and the Downtown Detention Center on Monday and on Election Day.

"Society is already requiring them to reintegrate as successful citizens, to pay taxes, and to get jobs to contribute to our society," said Juston Cooper, the deputy director of the Colorado Criminal Justice Reform Coalition. "Why not make voting a part of that? There's evidence and research that says voting does reduce recidivism."

Lena Silva has been incarcerated in the Denver County Jail since July.

"A lot of trauma in my past life, kind of got me into my situation why I'm here, you know, I kinda messed up," Silva said.

But, she said she wants to become a better person. Silva said she believes exercising her right to vote is key to that.