The GES Coalition, consisting of community members from the neighborhoods of Globeville, Elyria and Swansea, wants the city to give them development control of land. 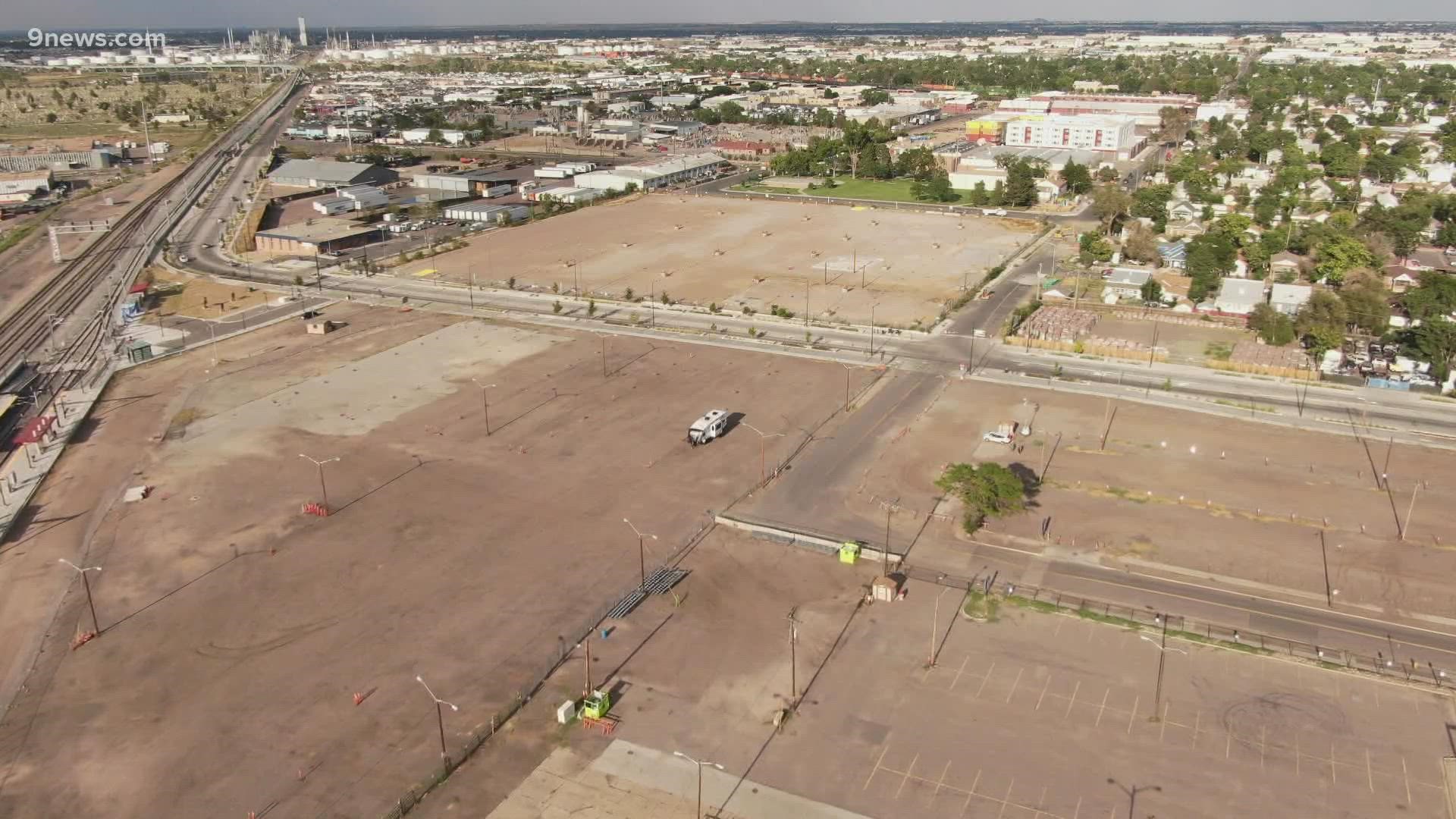 DENVER — Some might look at the land at Brighton Boulevard and 48th Avenue and see empty parking lots, but the GES Coalition sees a chance to take back power of their neighborhoods.

"We do not feel a part of this city," said Alfonso Espino, who grew up in the neighborhood of Elyria. "We do not reap the benefits of this city as it pushes us with its economic might."

Espino's neighborhood includes the National Western Complex, a place he said has never been for his community.

His organization, which includes the neighborhoods of Globeville, Elyria and Swansea, is asking for some of that public land to go to the GES Coalition Land Trust.

In these three predominantly Hispanic neighborhoods, the coalition sees the city giving the land trust development control as reparations.

That ask is impossible from the city's perspective.

In an email, a city spokesperson said "we cannot simply turn over land to the GES Coalition land trust. The Framework Agreement for the campus commits the city and other signatories to certain processes and parameters for delivering key facilities for the campus."

"We want real control of the land," said Espino.

Some of that control is now in voters hands. They will decide whether to pay for a $190 million dollar bond that would build a new arena at the National Western Complex and renovate the existing 1909 stadium.

City Councilor Candi CdeBaca, the representative of District 9,  said the plan is backwards.

"The rest of the triangle, the rest of the acres that are developable that were literally taken from private owners for public good, should be designed and the community should identify what's happening there and then we figure out the revenue stream," said CdeBaca. "But, we're putting the cart before the horse right now."

The city said the entire bond package is projected to create 7,500 jobs, and the National Western Center projects include 3,400 of those.

Some of the money, if approved by voters in November, would also go toward new libraries, ADA accessibility, transportation safety, and new playgrounds.

Credit: Denver Public Library Digital Archives
The NWSS arena was built between 1908 and 1909 and was an entertainment venue for the stock show until 1952 when the Denver Coliseum opened. It is one of the city's few examples of monumental Neoclassical style architecture outside of downtown.