The possession of hallucinogenic mushrooms was decriminalized by voters in May. 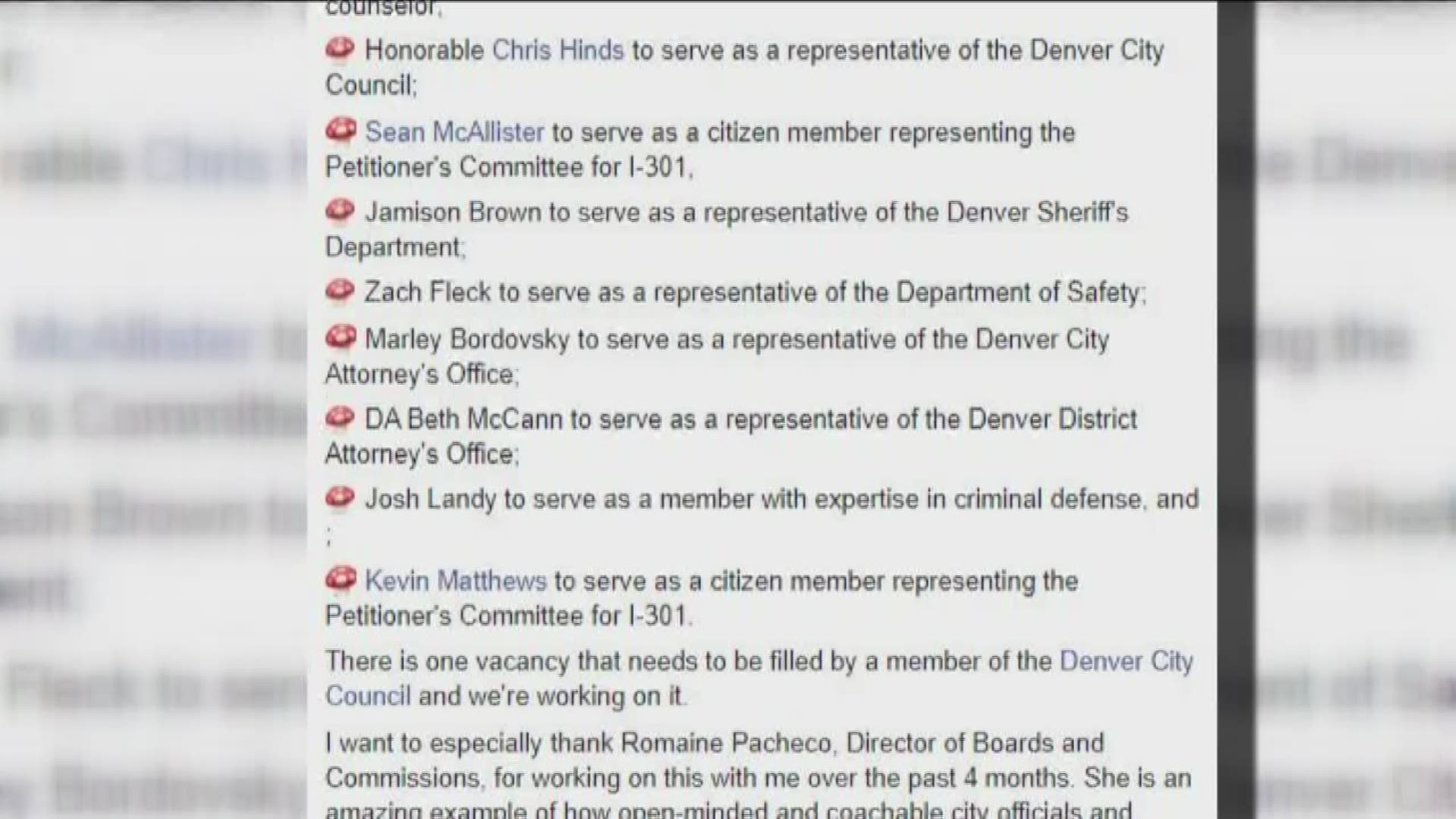 DENVER — When voters in Denver were first in the US to approve the decriminalization of psilocybin mushrooms, they also voted in favor of a first-of-its-kind panel to collect data and tell people the effects this might have on the community.

Seven months after that ordinance passed, the board has been set and will begin work in January.

Denver voters made history in May by narrowly approving Initiative 301, which decriminalizes the possession of hallucinogenic mushrooms by those over the age of 21.

Instead, Initiative 301 made enforcing federal laws about the possession of psilocybin the lowest priority for the Denver Police Department. The distribution of mushrooms remains illegal in the city under Colorado law.

Essentially, possessing and using magic mushrooms is decriminalized in Denver, but getting ahold of them is not. The ordinance also mentions that decriminalization applies to mushrooms that are not used or displayed in public.

The ordinance asked that the mayor’s office create a “Psilocybin Mushroom Policy Review Panel,” which will be made up of 11 people who will assess the efficacy of the new policy.

"I'm enthralled because we have an opportunity to set precedent for the rest of the country by answering the question: 'What happens after decriminalization,' wrote Kevin Matthews, one of the ordinance's proponents who sits on the new panel, in a post on Facebook.

Matthews is joined by Councilman Chris Hinds who's still learning the basics of psilocybin.

The panel's first order of business is to set up criteria of how law enforcement reports on mushroom arrests by March 31, according to Matthews' post. By March 2021, they said they hope to have a better understanding of what psilocybin can actually do.

"Does it have a use? What are the health effects, positive and negative? And what are the benefits," Hinds said.

Current research by Johns Hopkins University is showing positive effects on people suffering from addiction and depression, but it says more studies need to be done.

"I think it's something we really should investigate," Hinds said. "I'm really happy we are in Denver being a leader and giving psilocybin a try -- figuratively, if not literally," Hinds said.

The panel will officially launch on Jan. 15. They said their first meeting will be later that month.

They're currently still looking for a second city council member to sit on the panel, but say they're "working on it."