Sen. Elizabeth Warren was in Denver for a campaign rally on Sunday

The Massachusetts Democrat is among many 2020 Democratic presidential hopefuls campaigning in Colorado this week. 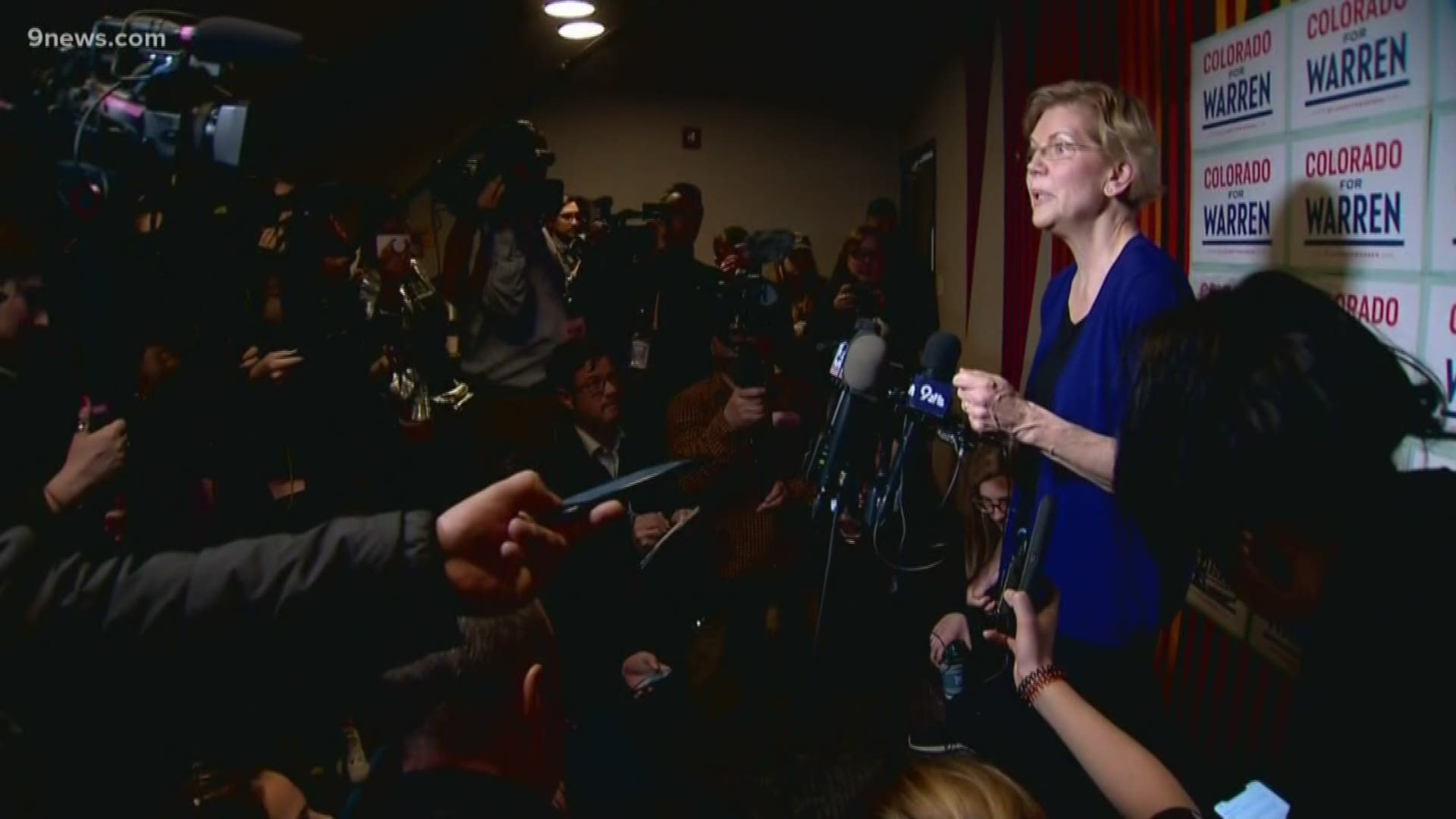 DENVER — Sen. Elizabeth Warren (D-Massachusetts) will continue her campaign for the 2020 Democratic presidential nomination with an event in Denver Sunday afternoon.

The event will be held at the Fillmore Auditorium on 1510 N. Clarkson St. and is open to the public.

> Click here for more information on how to RSVP for the event.

> The video above is a story answering questions voters may have about Colorado's primary election.

Warren is trying to rebound from a disappointing start to the presidential election season.

The progressive Democrat finished third in the Iowa Caucus, fourth in the New Hampshire Primary, and forth Nevada Caucus.

Fellow progressive Sen. Bernie Sanders (I-VT) and moderate Pete Buttigieg placed ahead of Sen. Warren in both contests, and Sen. Amy Klobuchar (D-Minnesota) also placed ahead of her in New Hampshire.

Warren's event is one of many being held by 2020 Democratic presidential hopefuls in Colorado this week.

Sanders held a town hall in Denver on Sunday, February 16.

Klobuchar held a fundraiser in the Denver metro area on Thursday.

President Donald Trump was also in Colorado on Thursday for a rally supporting the reelection campaign for Sen. Cory Gardner (R-Colorado) in Colorado Springs.

The next test for the Democratic presidential hopefuls will be the South Carolina Primary on Feb. 29.

Colorado is among 14 states holding a Super Tuesday Primary Election on March 3.

RELATED: Here's how the Nevada caucuses work and why we may not have a result Saturday