Elway speaks out against racism, says he's willing to keep listening to and learning from his players

The Broncos General Manager released a statement Friday evening saying he has been moved by Broncos players' reactions to recent in-custody deaths of black men. 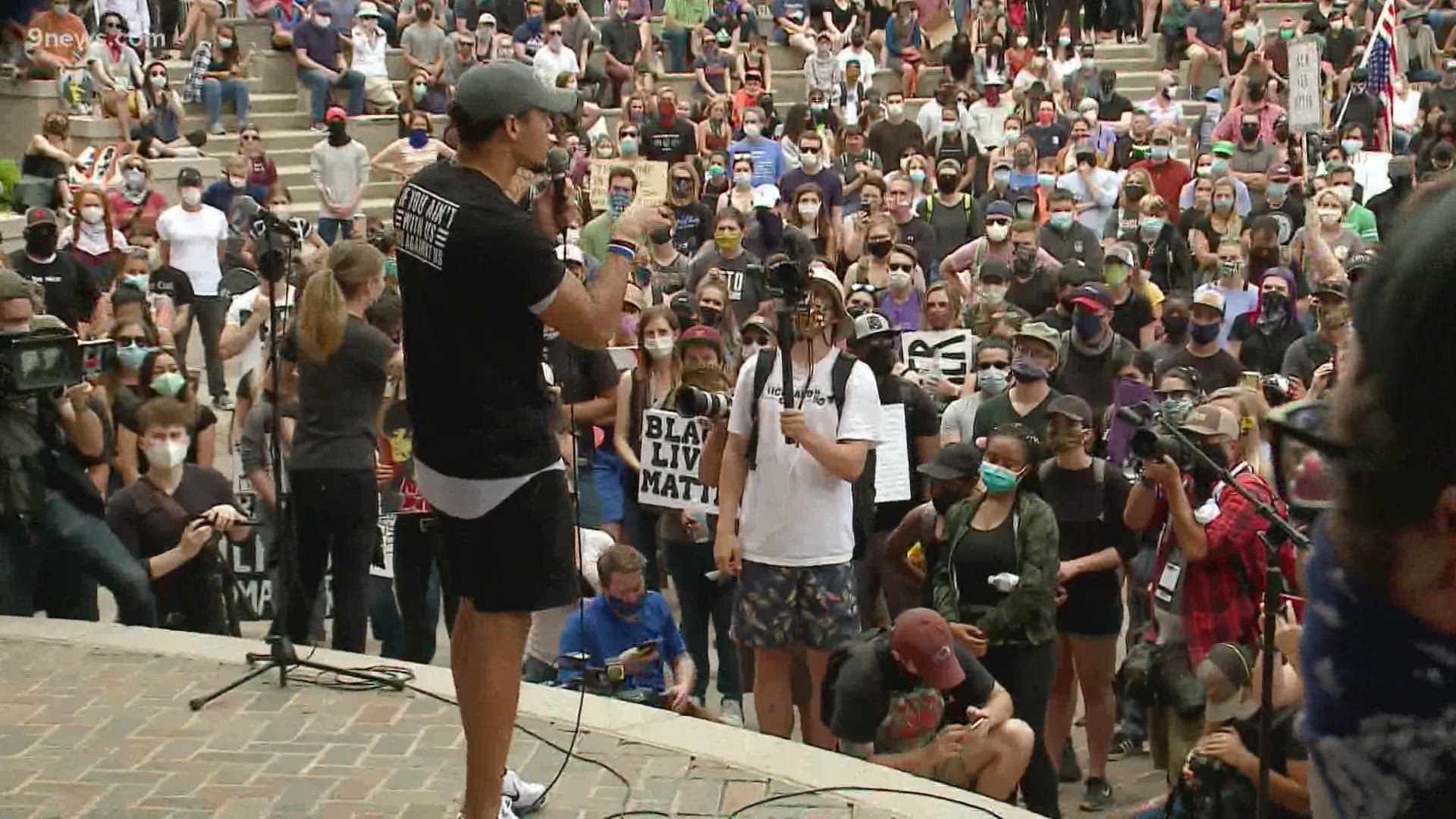 DENVER, Colorado — John Elway is going into his 10th season as the Broncos general manager and head of football operations after he had previously spent 16 seasons as the team's quarterback.

He thought he had seen it all and been through it all.

Then, George Floyd was killed in Minneapolis when a white policeman kneeled on his neck while he was heard in a widely-shared social media video saying “I can’t breathe.”  That led to subsequent national outrage and days of protests.

After taking a few days to gather his thoughts, Elway released a statement Friday evening in which he said he is joining so many NFL players in speaking out against racism and police brutality.

“I’ve spent the last week listening and learning from the players and coaches on our team.

“What I’ve heard from the players in particular—and watching the way they lead during this time of need—has been moving. I always thought that since I grew up in a locker room, I knew everything there was to know about understanding teammates from different backgrounds and walks of life. What I’ve realized is that I could not have been more wrong. Listening to the players and reading their social media, the strength they have shown and the experiences they have shared has been powerful. It has impacted me. I realize I have a long way to go, but I will keep listening and learning. That is the only way to grow. I truly believe a lot of good will come from the many difficult conversations that are taking place around our team, league and country.

“The way the players amplify the voices that need to be heard is more important than ever. I fully support them using their platform and influence in a positive way to create change. Recently, we’ve all heard people say that sports can be a much-needed distraction during such a challenging time. I know that the players, our team and league can be so much more than that. We can all be part of the solution. I also understand that my voice needs to be part of this conversation, too. I am not going to stay on the sidelines. Everyone has a responsibility to help those who are hurting. I am joining with the players, coaches and our organization in speaking up against racism, police brutality and any injustice against the black community.”

RELATED: Fangio says policeman involved in George Floyd death should be 'charged with treason for failing to uphold the badge and uniform'