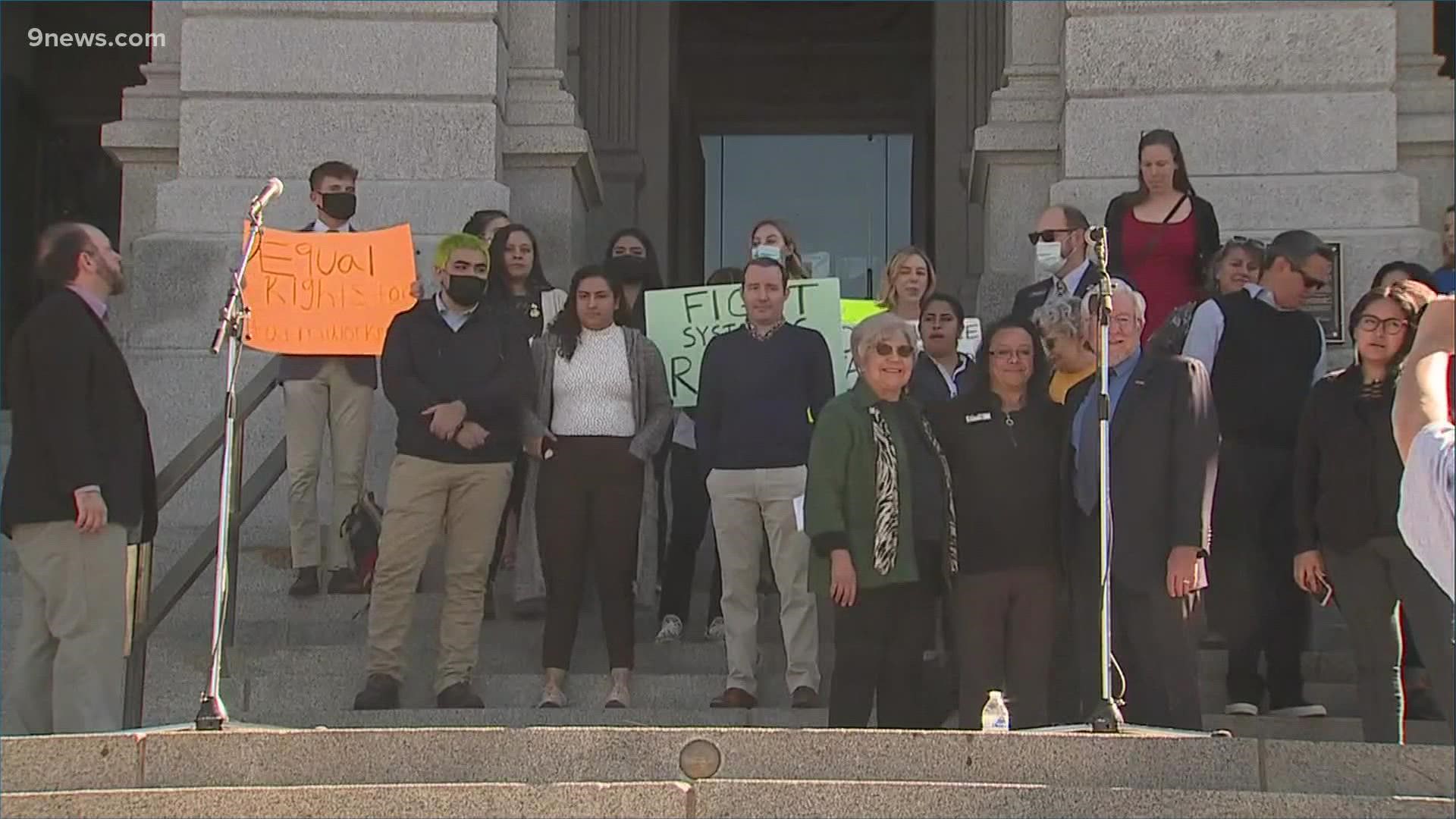 DENVER — Tuesday, leaders from Colorado's Latino and immigrant communities gathered at the state capitol to call for equal overtime protections for farmworkers.

Colorado agriculture workers had been excluded from overtime protections until the passage of Senate Bill 87 earlier this year. While the bill passed during the 2021 legislative session, the rule-making process from the Colorado Department of Labor and Employment (CDLE) is still underway. The agency published proposed overtime rules last week.

Community advocates gathered at the state capitol in response to those rules. Leaders and advocates said they were "deeply concerned and disappointed with the proposed ruling."

Under the proposed rules, overtime protections for agricultural workers would begin in November 2022. From Nov. 1, 2022 through the end of December 2023, overtime pay would be required at 60 hours per week.

"We’re asking for the Polis administration to ensure that workers, agricultural workers, are treated like all the other workers in our state, and that includes overtime after 40 hours," Pamela Resendiz Trujano, the Executive Director of Colorado Jobs with Justice, said.

Scott Moss, the Director of the Division of Labor Standards and Statistics, said a phased-in approach is often good policy when implementing industrywide changes. Moss also said the phased-in approach would give employers time to adjust.

CDLE began giving presentations and seeking public comment on the overtime rules close to a month after SB-87 was signed into law. For three months, they took into consideration concerns of industry leaders that overtime protections would take a financial toll on employers and businesses.

Stacy Suniga, President of the Latino Coalition of Weld County, was a presenter at Tuesday's gathering at the Capitol.

"If the opposing argument is that it’s too expensive to follow current labor standards, there are thousands of small businesses across our state with limited profit margins who have found a way to comply with the law and still become successful," Suniga said.

In a statement to 9NEWS, The Colorado Cattlemen's Association said they "still find the rule in need of better consideration of both employer and employees and the nature of agriculture production as it relates to the overtime provisions."

"The Colorado Fruit & Vegetable Growers Association appreciates the hard work of the Colorado Department of Labor & Employment to gain an understanding of what it takes to plant, cultivate, harvest and bring to market all the fruits and vegetables Colorado consumers enjoy. We recognize the incredibly difficult position the department was placed in having to write overtime rules for the agriculture sector due to passage of SB21-087 this spring. At this time, we are still in process of evaluating the draft rules."