The commission ruled on June 5 that the former governor, a candidate for the June 30 Democratic U.S. Senate primary, violated the state's ethics law. 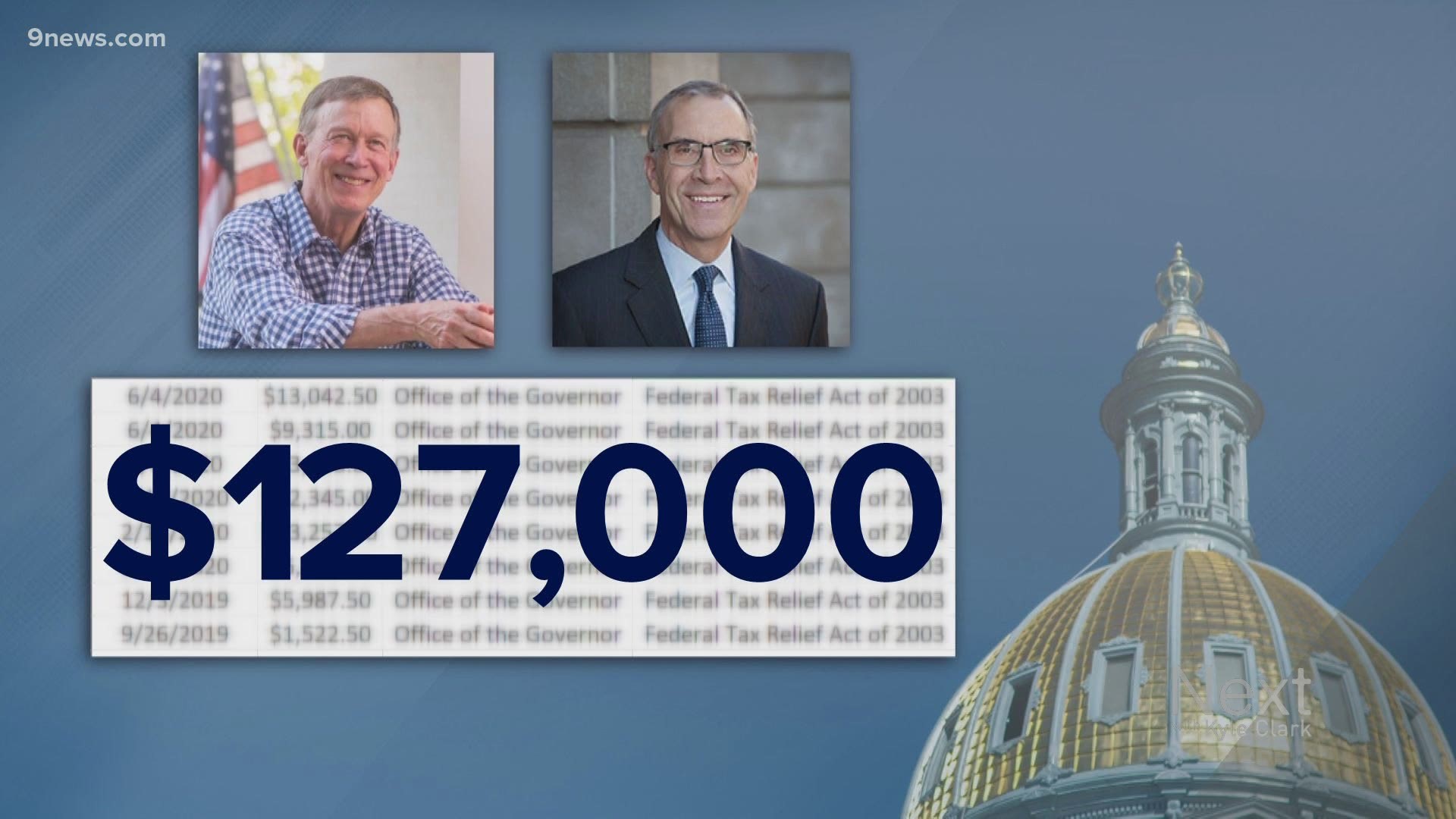 DENVER — The 20-month saga that found former Colorado Governor John Hickenlooper in front of an ethics commission has ended with the Democratic U.S. Senate candidate fined $2,750.

The Colorado Independent Ethics Commission met on Friday to discuss penalties for Hickenlooper after finding that he violated the state's gift ban twice while governor.

The commission fined Hickenlooper $2,200 for his trip on the private jet owned by homebuilder Larry Mizel, the founder of MDC Holdings. Hickenlooper flew from Denver to Groton, Conn. for the commissioning of the USS Colorado.

The ethics commission determined last week that the benefit he got by flying on the plane would not have been offered to anyone besides Hickenlooper. The fine was double the estimated amount of the gift, which was $1,110.

The commission also fined Hickenlooper $550 (twice the $275 estimate) for the benefit he received for a trip to the Bilderberg Meetings in Italy. Those benefits included private security and a ride to the airport in a Maserati limousine.

"This amendment has never provided the commission with the ability to access robust financial penalties," Commissioner Bill Leone said.

The amounts were estimates, and Leone said the conservative group that brought the complaint in the first place, the Public Trust Institute, should have done more to bring an accounting of the true value of the gifts Hickenlooper received.

"I'm disappointed in not only the complainant, but also in our own investigation,” Leone said. “We should have dug deeper on some of these things to access their value.”

Hickenlooper's campaign said he would personally pay the fine -- a fine that is a fraction of the fee it cost taxpayers to defend him.

With additional attorney expenses charged to the state last week, taxpayers have paid $127,000 in attorney fees to defend the former governor.

His campaign did not respond when asked if Hickenlooper would pay back any of that money.

"One of the issues we've had on the commission for a long time, is we worry about being used by complainants and respondents alike for political purposes,” Leone said. “And so, one of the things that, historically, the commission has always been on guard about, is to not be bound by the tactical decisions of the parties, in the bringing of a complaint, and just specially in the imposition of a remedy.

“There's a reason that we're called the independent ethics commission. And that's because we're supposed to exercise independent judgement.”